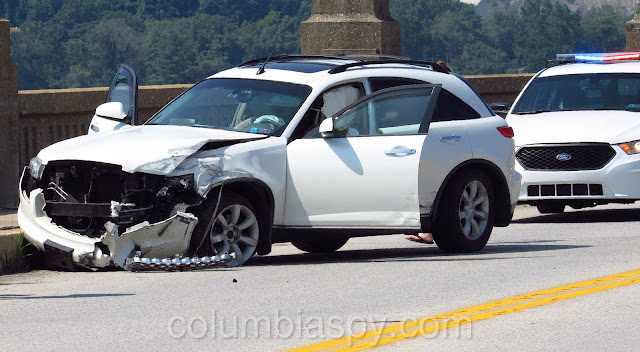 A one-vehicle accident on the Veterans Memorial Bridge slowed traffic for about half an hour this morning. The vehicle, which apparently collided with a section of the bridge, sustained severe front-end damage, but no significant injuries were reported. The accident occurred on the Columbia end of the bridge, just above the railroad tracks, and was called in at 10:51 a.m. A nearby pedestrian reported hearing a loud bang followed by tires screeching and then a second bang. Several units responded, as listed below, and Columbia Borough workers helped direct traffic until the scene was cleared. 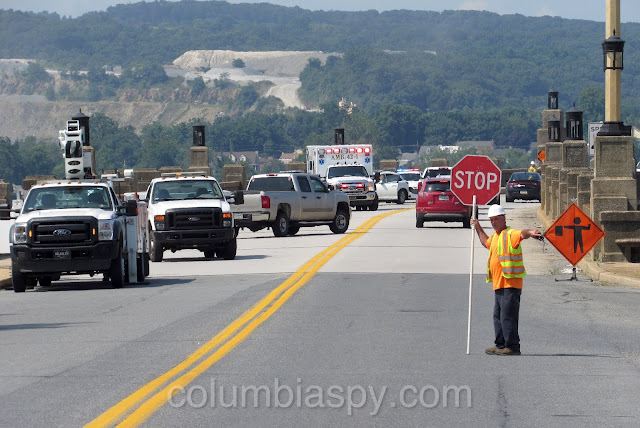 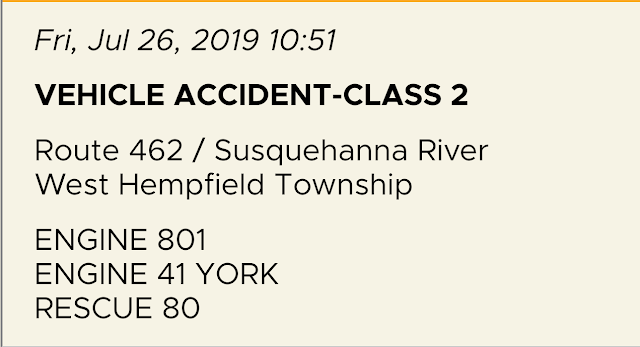 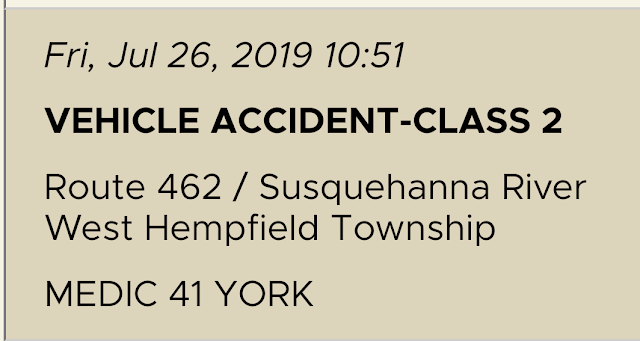