Columbia Borough Council held the second of its 2019 budget meetings on Thursday evening. (The first was held April 11.) In a surprise break with precedent, candidates running for council in this fall's election were invited to sit at the table with councillors. Three candidates - Sharon Lintner, Howard Stevens, and Heather Zink - accepted the invitation and took their seats at places marked with their names.

A quorum of four council members was present, but unfortunately three other councillors were absent: Council President Kelly Murphy, Cleon Berntheizel, and Marilyn Kress-Hartman. When asked about the absences, Councillor John Novak, who led the meeting, cited "personal reasons." Murphy and Berntheizel have long been deeply involved in borough finances, so it was curious that they did not attend a budget meeting which had been advertised on December 20, 2018 and listed on this week's meeting schedule. Until recently, Murphy and Berntheizel served as chair and vice-chair, respectively, of the Finance Committee, before council abolished individual committees. Murphy is currently listed as Lead Councilperson for Finance on the Columbia Borough website.

Finance Manager Kyle Watts reviewed the report and accepted questions from the audience. The budget report can be downloaded HERE. The report is a draft and is subject to change over the next few meetings. A video of the meeting is posted on the Columbia Borough Facebook page HERE.

Novak and Borough Manager Rebecca Denlinger emphasized that all councillors and candidates were invited to this meeting and are invited to future meetings. A schedule of meetings is shown below, as is supplemental information. 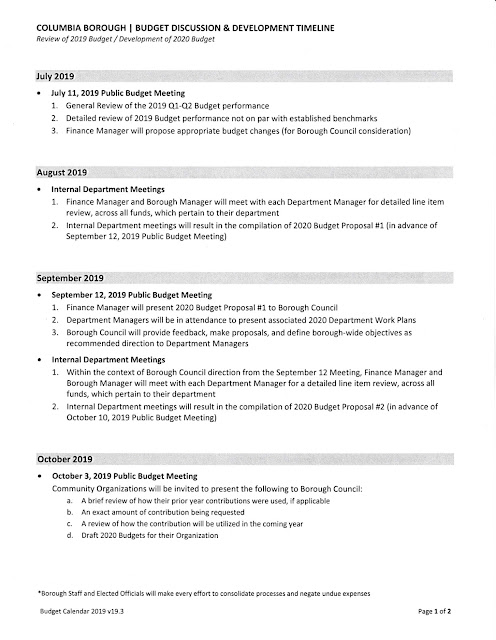 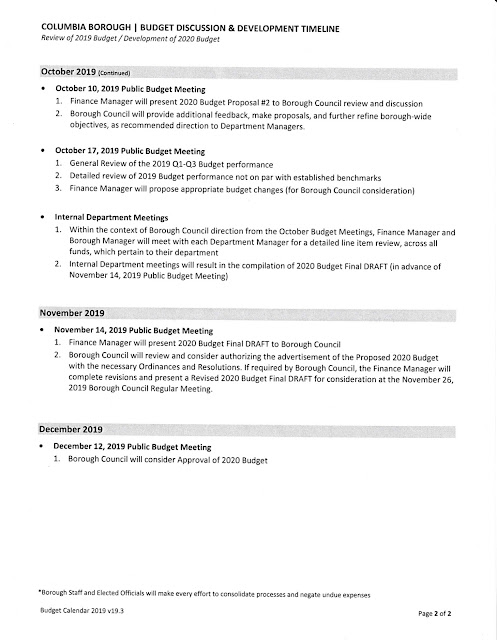 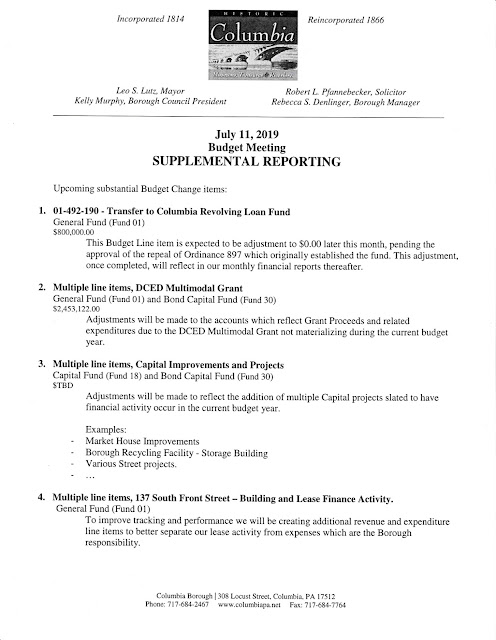