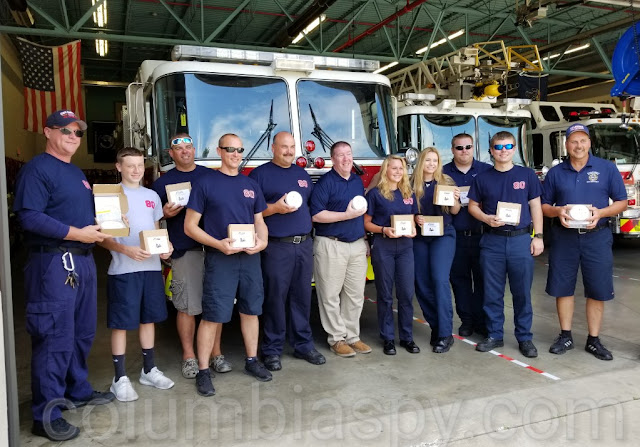 Columbia Borough Fire Department members, along with Jamie Widener, hold some of the smoke detectors that were donated to the department by Columbia Life Network.

The Columbia Life Network donated 63 smoke detectors to the Columbia Borough Fire Department on Wednesday morning. According to Fire Chief Doug Kemmerly, who spoke at a recent Borough Council meeting, CBFD routinely installs detectors in residential homes but was running low. In response, CLN released $1000 from its Fire Fund to purchase the detectors for the fire department, according to CLN Executive Director Jamie Widener.

Nice, Jamie! This is so awesome! Thank you for all that Columbia Life Network and CBFD do for all of us!!