Columbia's Raymond C. Wallace, who parachuted into Normandy, France on June 6, 1944, was seen on a television broadcast from there this morning at the 75th Anniversary of D-Day. Wallace was a 19-year-old paratrooper in the Army's 82nd Airborne Division when he jumped from a damaged C-47 aircraft, during which the heel of his boot was shot off. Wallace was a prisoner of war during the last 10 months of World War II. 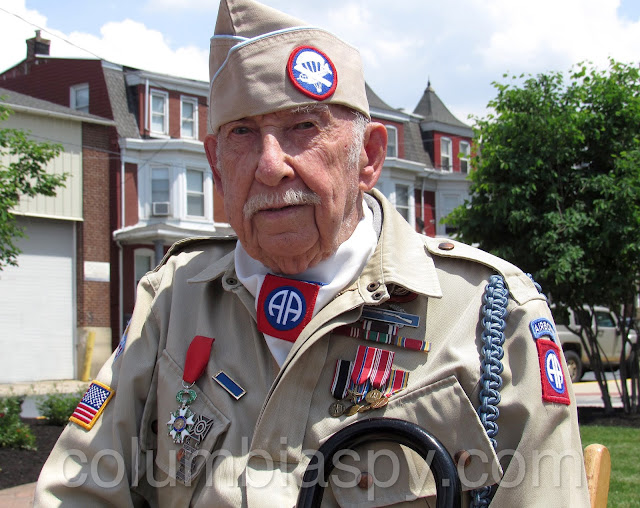 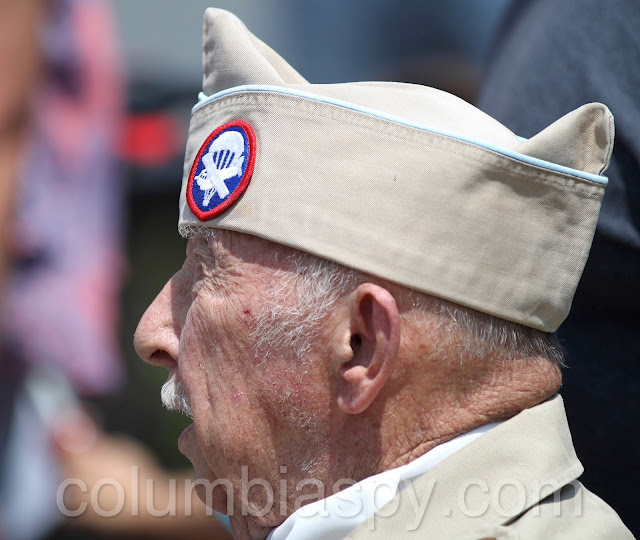 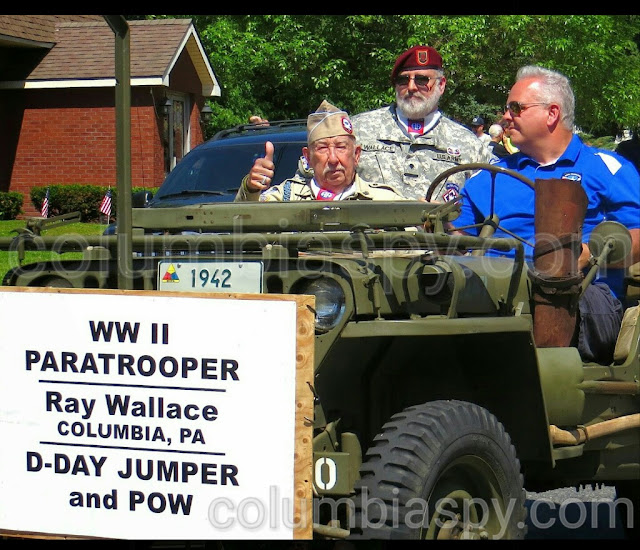 Wallace at the 2016 Memorial Day Parade 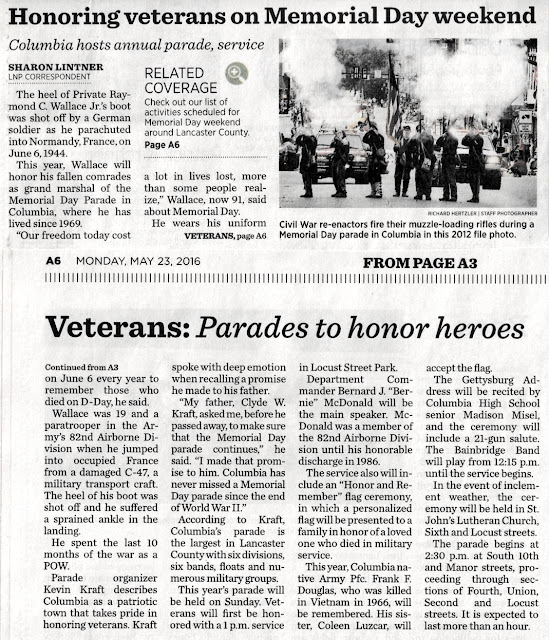 LINK: Raymond Wallace in Normandy for the 75th Anniversary of D-Day
Posted by Joe Lintner at 7:53 AM

Thank you for your service Mr. Wallace.

Max and I use to visit with Ray when he worked for Armstrong in 1999. We loved hearing all his wonderful stories. What a wonderful man, and such a full life.