Hundreds helped by "Hands Across the Street" program 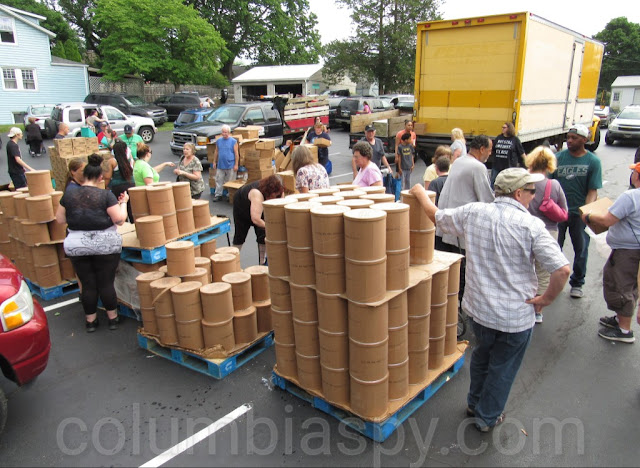 258 people stood in line at Vision Church this morning to receive free food from the "Hands Across the Street" program. The food, which included various flavors of Baskin-Robbins ice cream, chicken tenders, and cake, was donated by Americold in Mountville and is estimated to have helped 644 people in the households of those who signed up, according to organizer Lori Flick. The program is almost 100% volunteer. 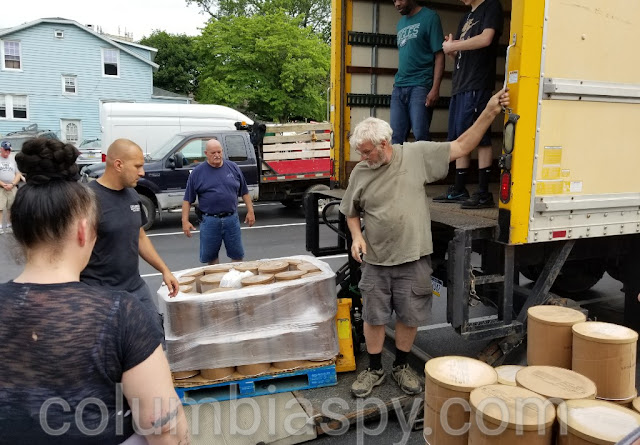 Ken Kramer and son Jan of JanMichael's Art and Home Store provided the truck, and with the help of several volunteers, loaded up half a dozen skids of food in Mountville, and unloaded them in the church parking lot at 291 South 4th Street. Those receiving food were not required to show identification or proof of income. 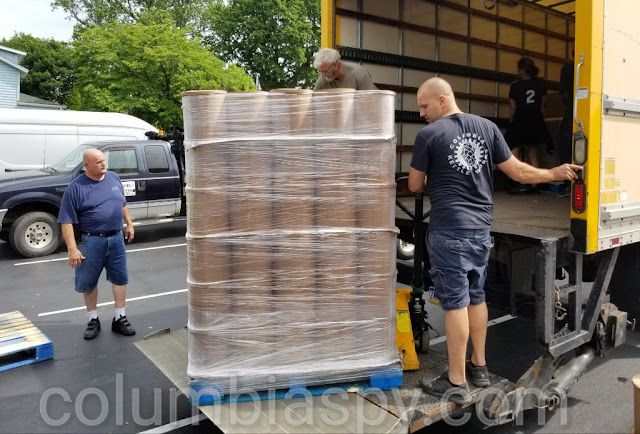 "Hands Across the Street," which is overseen by Columbia's Presbyterian Church, also partners with the Sunsnappers and the Lions Club to help the community. The church leases the building on South 4th, where a downstairs shelter capable of housing 25 people is located. The shelter operation is estimated to cost $70,000 and is funded through donations. 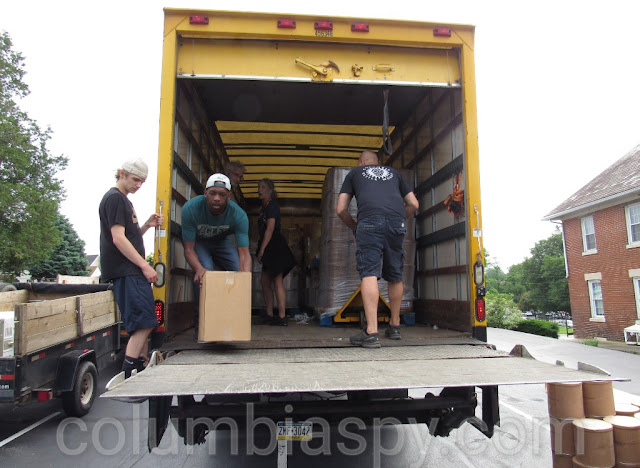 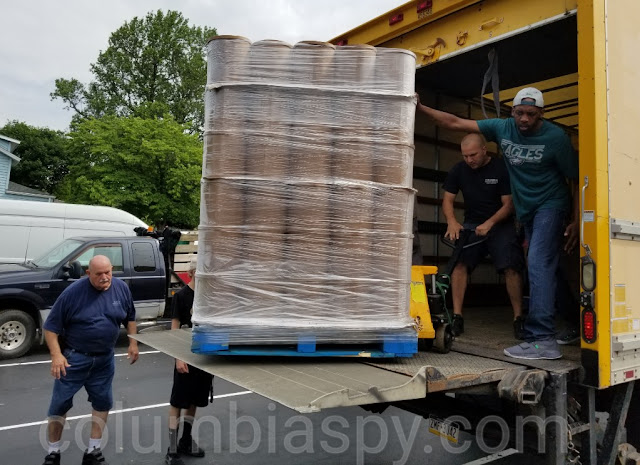 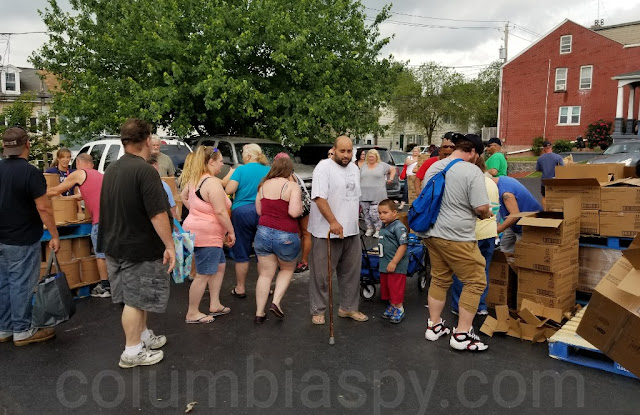 Lori flick the things you accomplish are amazing thank u for all that u do ...

Thank you for the complement, however there is a team of various individuals, groups, fellow churches and businesses that make it all happen. We all have the same goal. Finding needs and filling them. Giving love, grace, and mercy.Hands Across the Street is just that hands from every street in this community helping the town they love.