Several fire departments and other emergency personnel responded to a house fire at 521 Locust Street at about 3:30 p.m. today. Firefighters quickly extinguished the fire that also threatened an adjoining house and another neighboring house at 523 Locust. The fire was believed to have been caused by unattended cooking. WGAL reports that three firefighters were hurt: two from electrical shocks and one from heat exhaustion.

WGAL's Becca Hendrickson reports on the house fire on the 500 block of Locust Street.

The first two photos (and the second from last) were taken from the rear of the house: 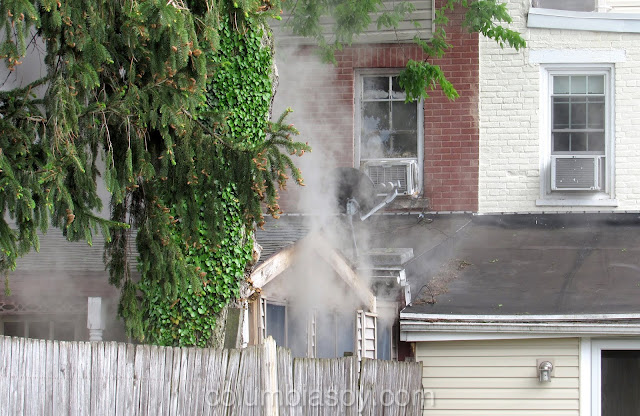 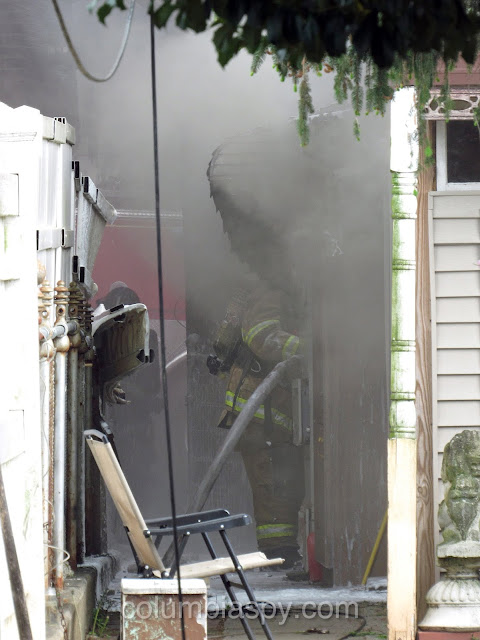 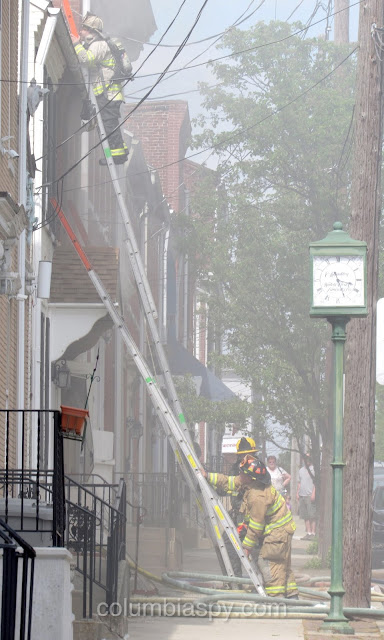 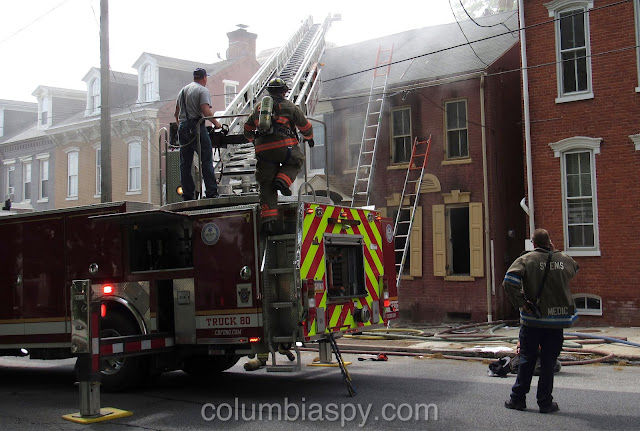 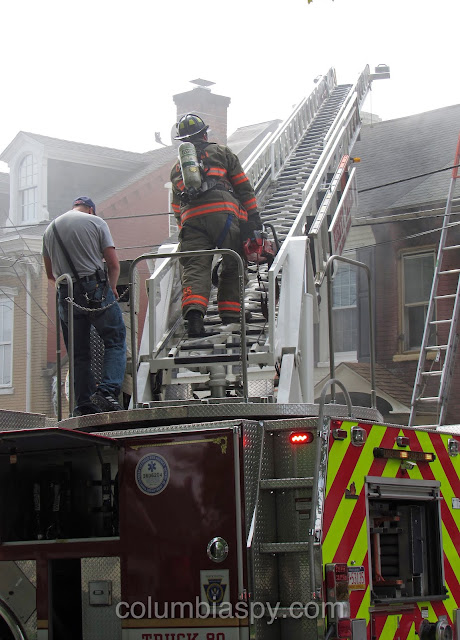 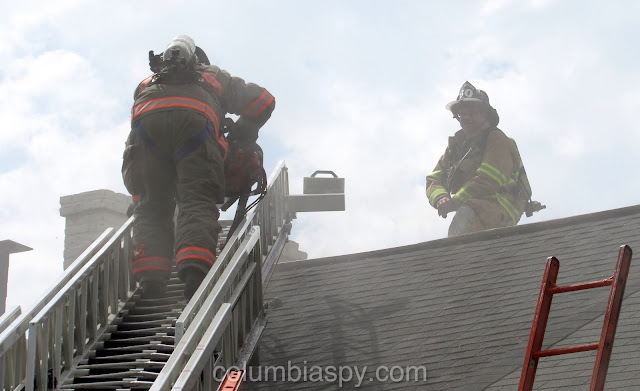 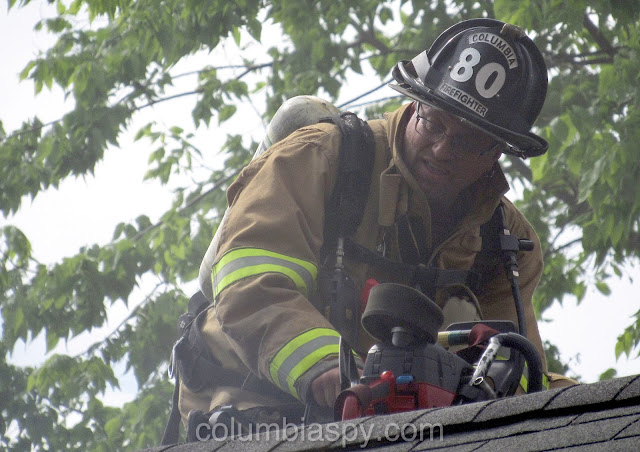 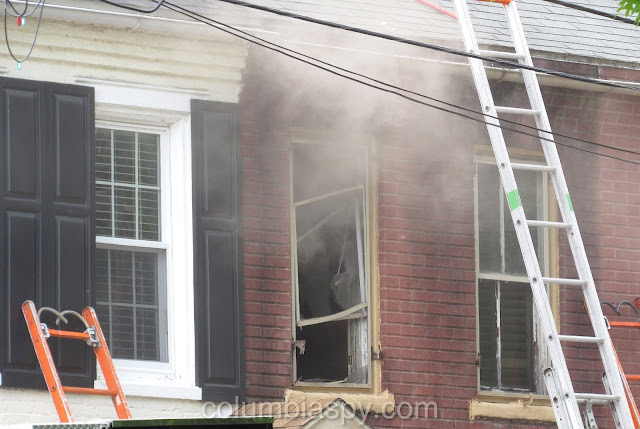 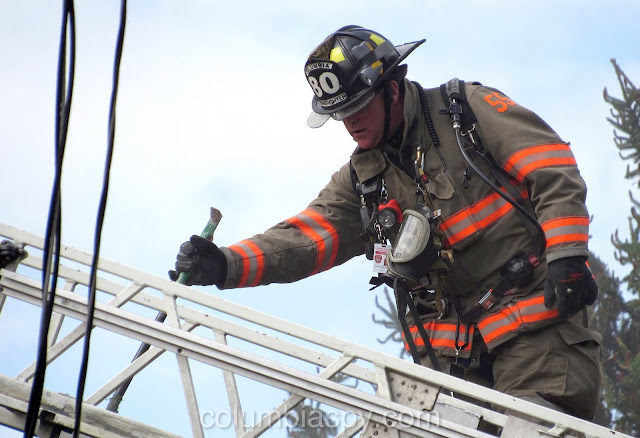 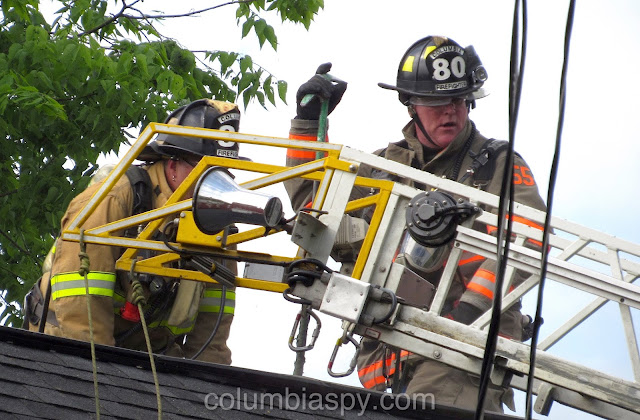 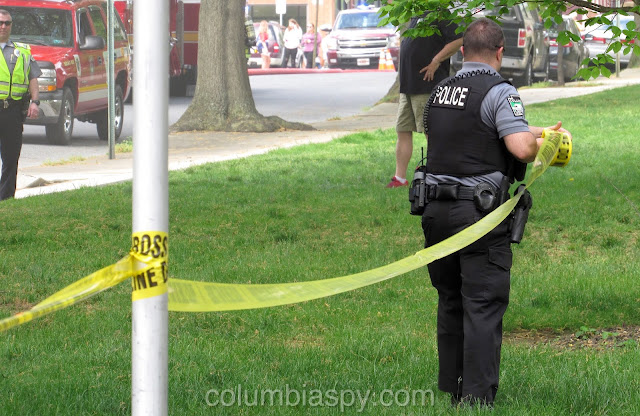 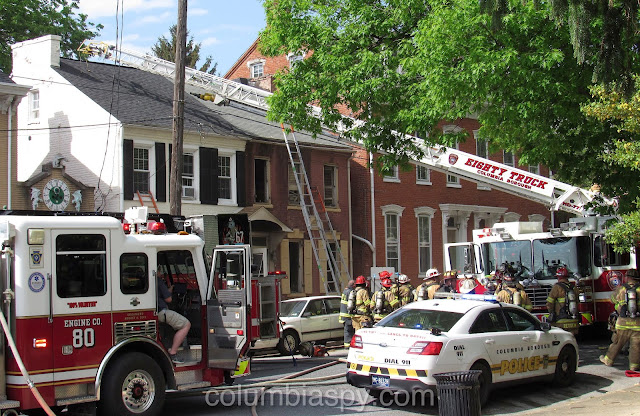 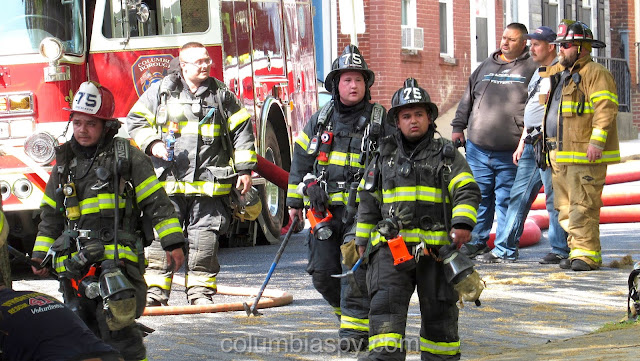 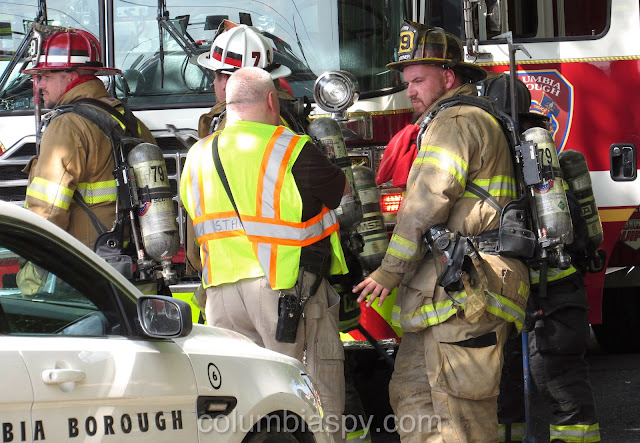 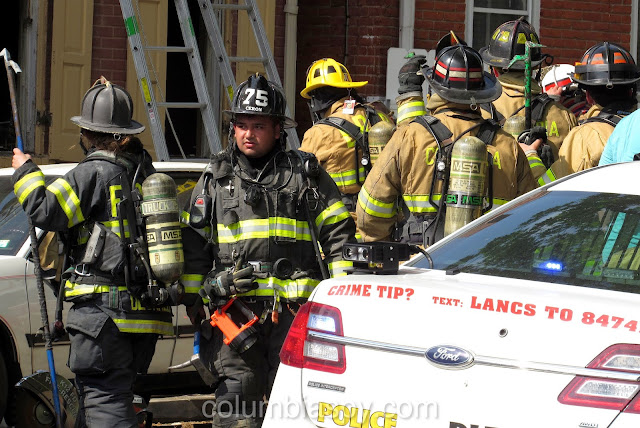 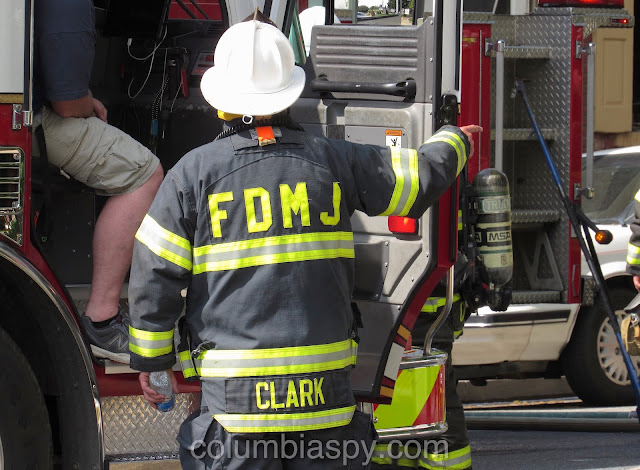 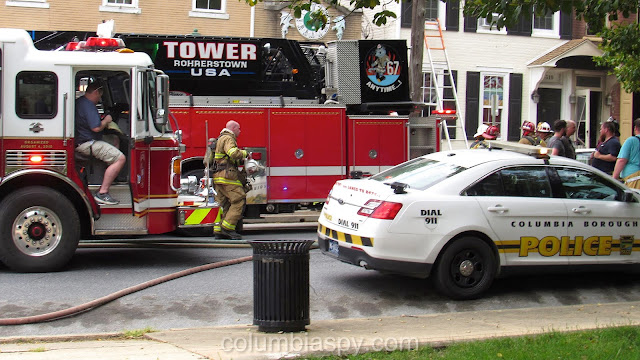 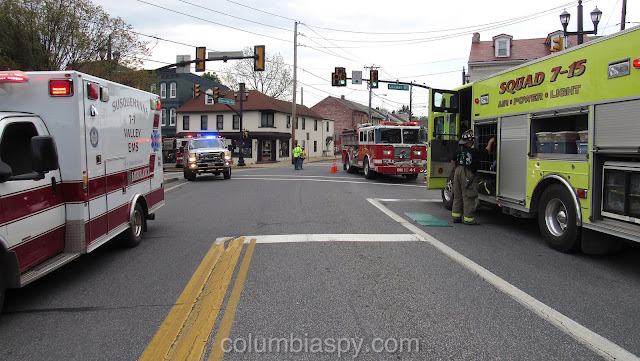 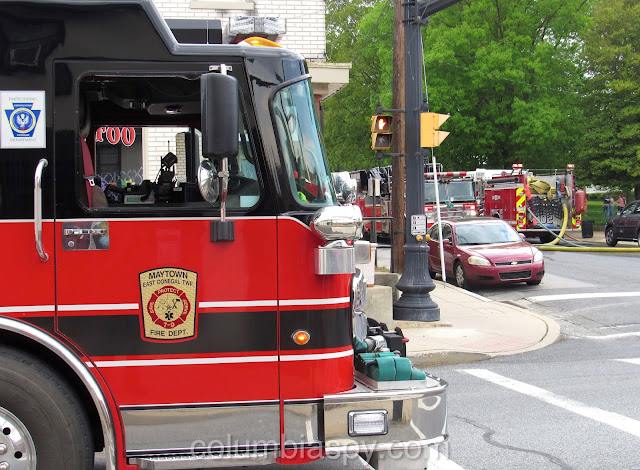 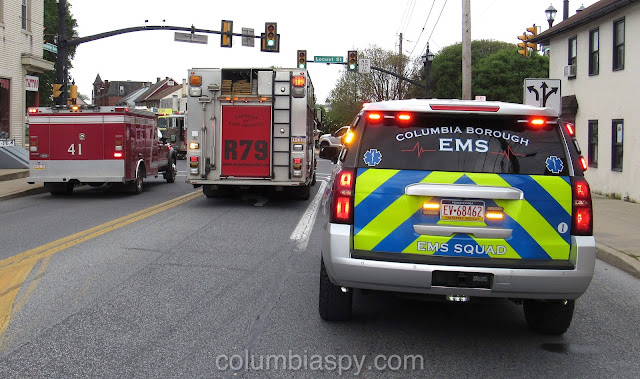 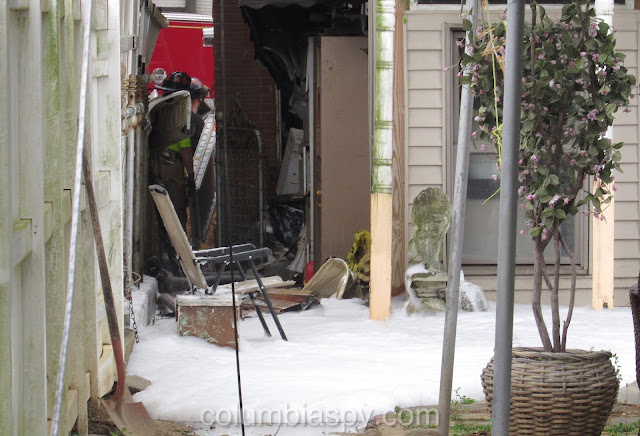 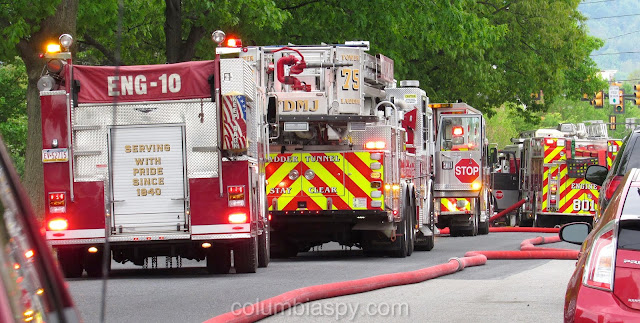 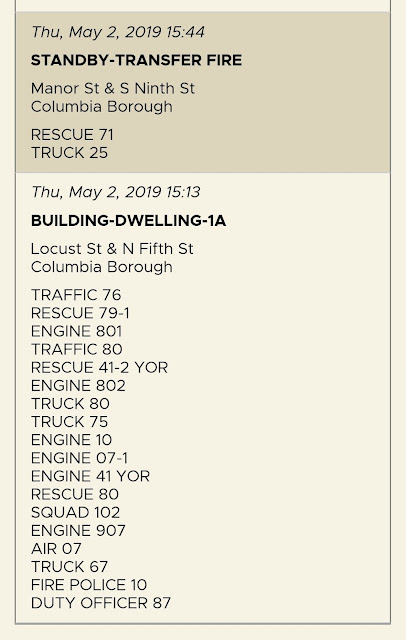 Great job FIRST RESPONDERS , and pics Cole , I hate to think of Columbia with out the spy.

Big thanks to the fire fighters who risk their lives/well-being for the rest of us!!

Huge thanks to the firefighters whose hard work helped save our family's home!