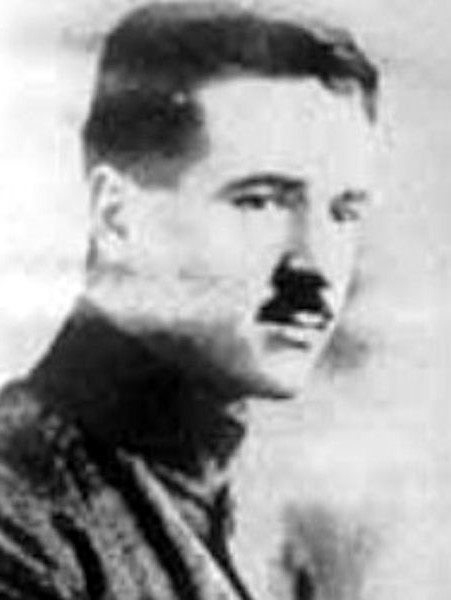 Did you know a World War I flying ace was born in Columbia? It's true. Columbia's Flying Ace, Second Lieutenant John Knox "Mac" MacArthur, who was credited with six aerial victories and was his squadron's first ace, was born in Columbia, Pennsylvania on January 14, 1891. His family lived here for a time and attended Columbia Presbyterian Church, where he was baptized.

Knox received the Distinguished Service Cross for extraordinary heroism in action near Luneville, France on June 13th 1918. According to theaerodrome.com  MacArthur and three flying companions, "outnumbered and handicapped" by their presence behind German lines fought "a large group of enemy planes, bringing down or putting to flight all the attacking party while performing an important mission."

He became the 27th Aero Squadron's first ace after scoring his fifth victory on July 17, 1918.

On July 20, 1918, MacArthur and two other pilots were forced down when they encountered a storm during a mission. Newspaper reports in 1919 claim MacArthur died in a German prison camp. However, his Wikipedia entry states that he was wounded and captured by the Germans and taken to hospital where he died of his wounds. He was 27 years old. MacArthur is buried in the Wilmington and Brandywine Cemetery, Wilmington, Delaware.

MacArthur was awarded the French Croix de Guerre and was made a chevalier of the French Legion of Honor.

In more recent years, "The Scribbler," a regular column in Lancaster Newspapers, laid out information on MacArthur that was discovered by Robert Kramer of Columbia.  According to the article, John Knox MacArthur was the first son of Charles P. and Mary W. MacArthur. The family lived at 303 Chestnut Street and attended the Columbia Presbyterian Church at 360 Locust Street, where John was baptized. They later moved to Harrisburg and then Buffalo, New York.

John became a civil engineer like his father, then enlisted in the US Army Air Service in Buffalo during World War I. After being shot down on July 20, 1918, MacArthur reportedly died in a German Hospital on August 9. At the time this article was published, Kramer was trying to find more information about the local years of John Knox MacArthur.


[Thanks to James R. Settle II for discovering this story.]