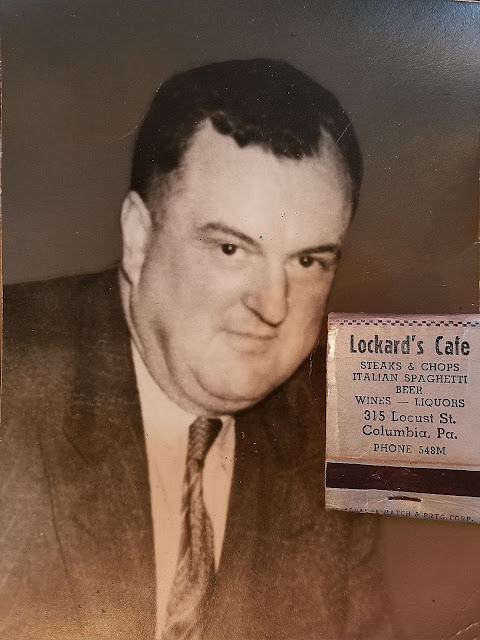 The ULI/TAP contingent was in town this week to offer ideas for developing Hotel Locust, but decades ago the man shown above owned the building, when it was known as Lockard's Cafe. By all accounts, Sam Lockard was a big man, standing about 6' 5" but he was also large in his generosity, often helping residents in need.

Lockard was a World War I veteran who owned the cafe from the 1920s through the 1950s. Back then, the establishment was a swanky affair, with formally dressed bartenders and a fine bill of fare. One could speculate that Mr. Lockard would be distressed at the current state of the building were he alive today.

I think he would be in all about the town and how our powers that be let it go. The realitor that in the 70s thought it was great to get section 8 people from Lancaster ,has started the mess and our carreer council members have helped along with our long selective enforcement zoning officer . VOTE FOR CHANGE!!!

people from years ago would be shocked how our town turned out with these spend thrift council persons. Let's bring back the good ole days. If we need something we need to drive out of town for it we need stores like 5 & 10's variety stores we have enough restaurants.
And with our taxes who can afford to eat out. Just picture how Locust street used to be. It will never happen but you young people should realize how great it WAS.

So True on the 2 comments. It was a Great Place