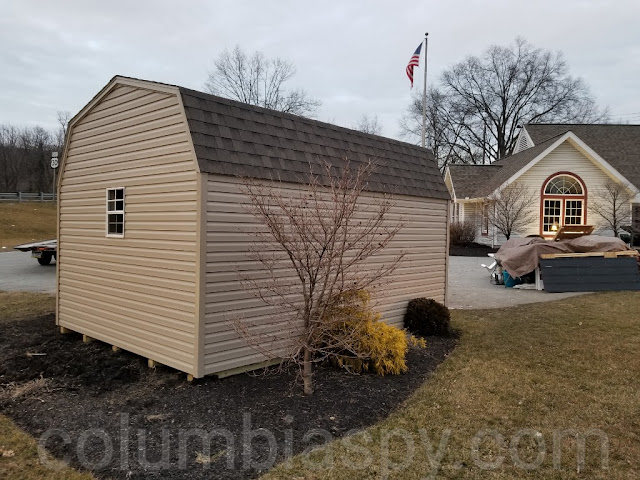 The Susquehanna Valley Chamber of Commerce got a new and larger shed Wednesday afternoon, a few days after its previous shed was demolished by a speeding pickup truck Sunday morning. The truck, traveling east on Route 30, was being pursued by a Columbia Borough Police officer, when the driver failed to negotiate an exit ramp. The truck slid through a field of wet grass and into the shed, demolishing it. Columbia Spy reported on the incident HERE.

Unfortunately for the SVCC, the driver was not carrying insurance. The organization will now have to pony up several thousand dollars before its deductible is met and its own insurance kicks in, according to Director Beverly Shank. The new shed was purchased from Glick Woodworks of Mount Joy, which made the delivery and provided the setup. 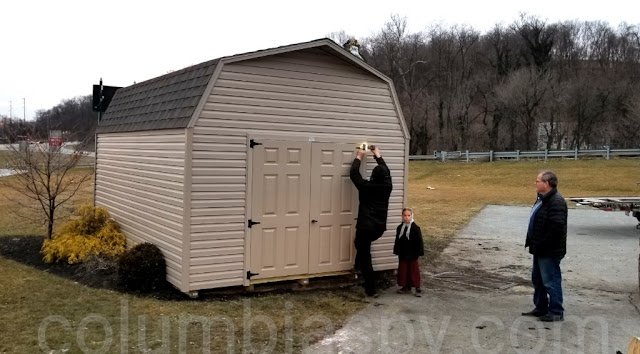 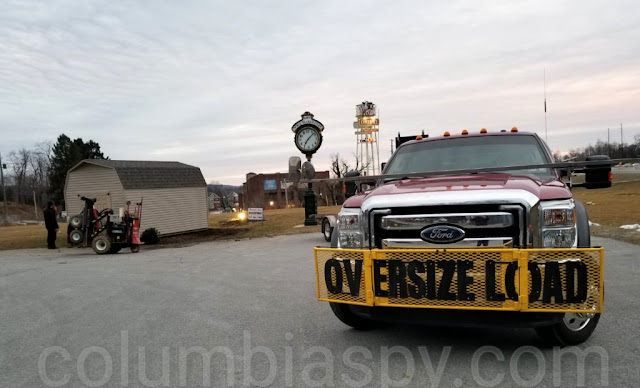 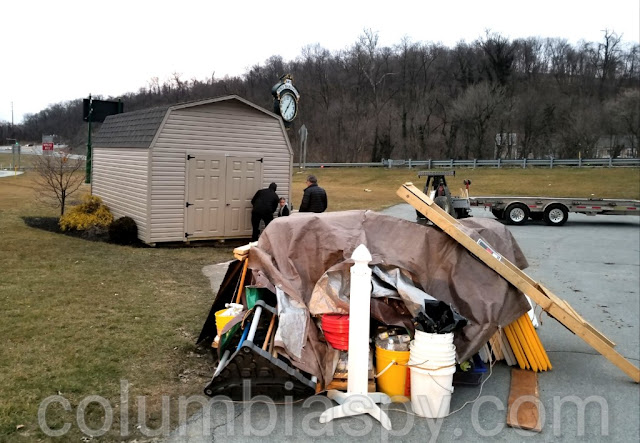 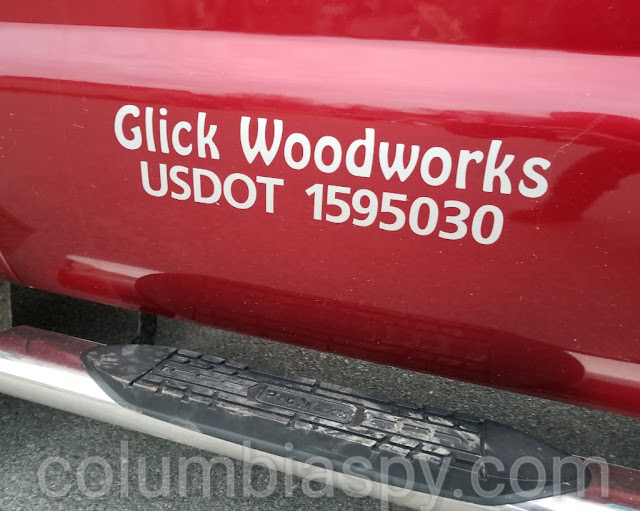 Randy Velez took the following four photos of the aftermath of the accident. 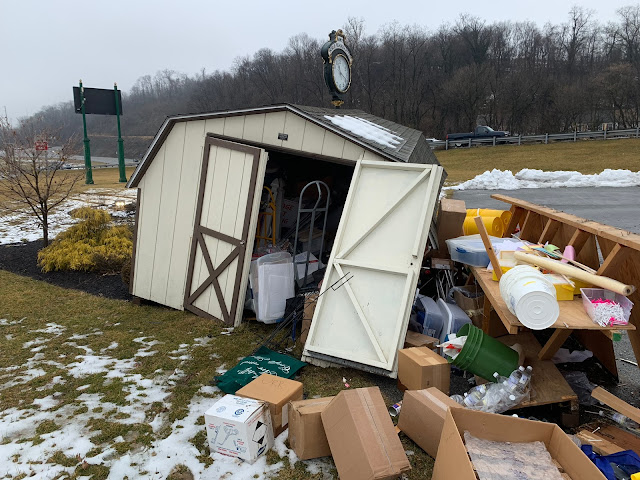 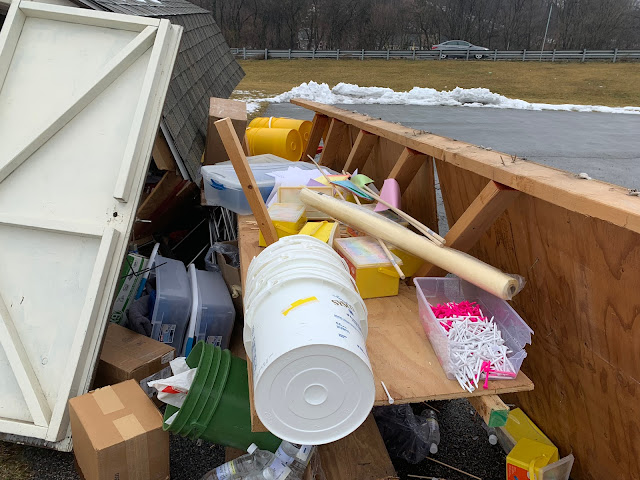 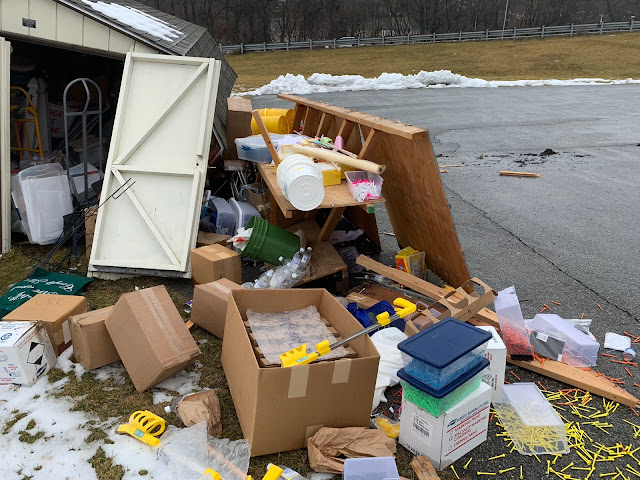 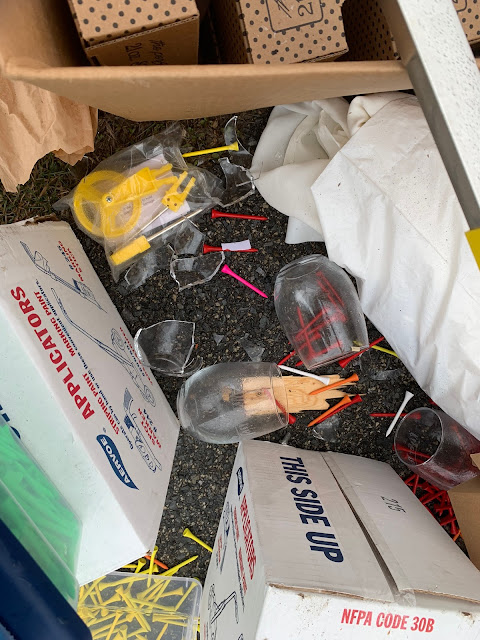 Howard Stevens submitted these two photos of tire tracks in the grass where speeding drivers routinely fail to negotiate the curve of the exit ramp off Route 30. 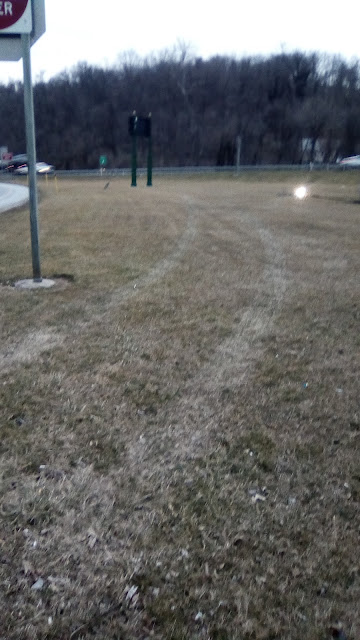 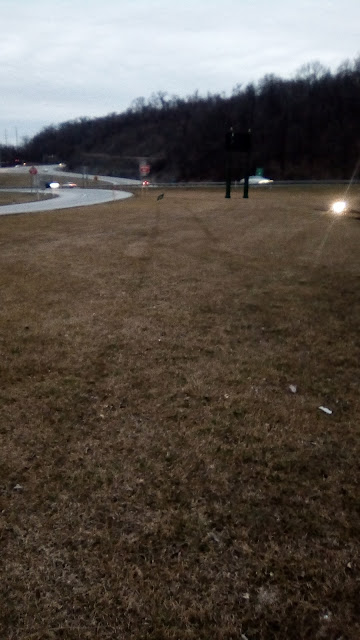 5 years in state prison would pay for the damages how? Please explain - because I'm very curious.

Thats an awful lot of coverage for a stupid shed. For a town that has an issue with taxes state prison cost about 30 grand a year per prisoner of tax money