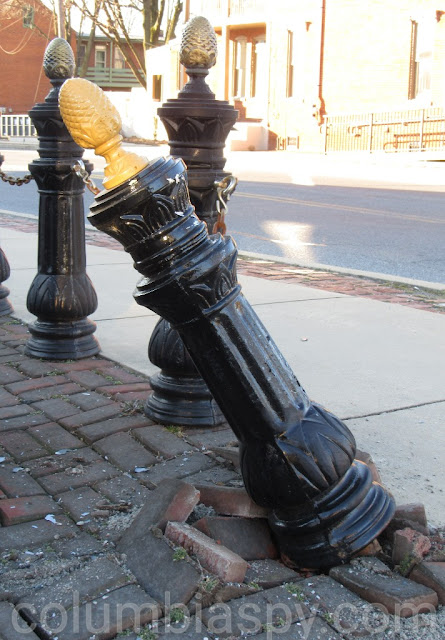 Two drivers barely avoided a head-on collision this morning at 5th & Chestnut, but a bollard at the clock plaza didn't fare too well.

An SUV was facing west at the intersection as the driver was waiting to pull out from the stop sign, when another driver, traveling east on Route 462 attempted to enter a one-way stretch of road on the 500 block of Chestnut.  The SUV driver turned slightly as she saw the approaching car that subsequently sideswiped the bollard, knocking it loose. (The same bollard was damaged in a traffic incident at the plaza several months ago.)

Neither driver was injured, but the vehicle that hit the bollard, a Lexus LS 430, had severe front-end damage and had to be towed from the scene. 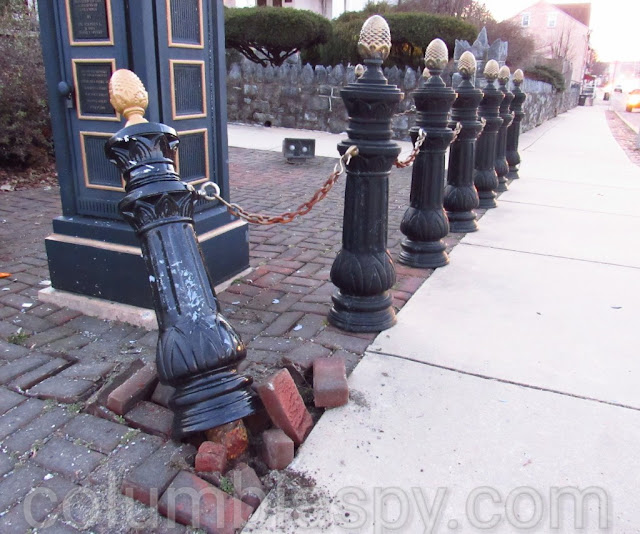 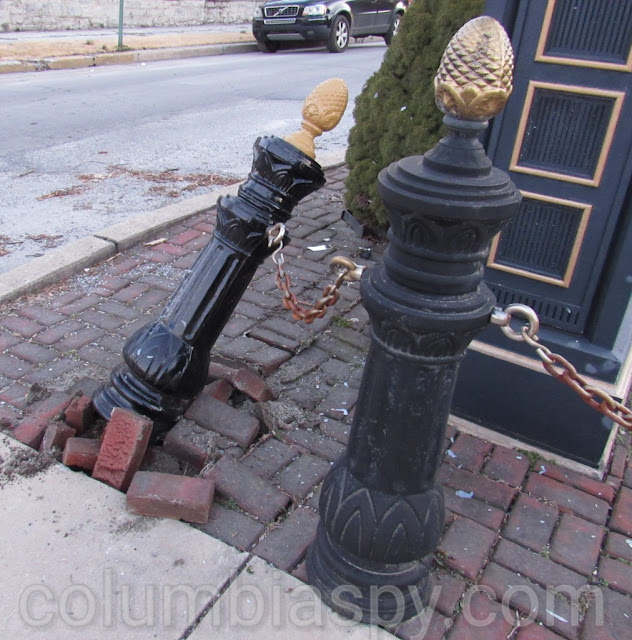 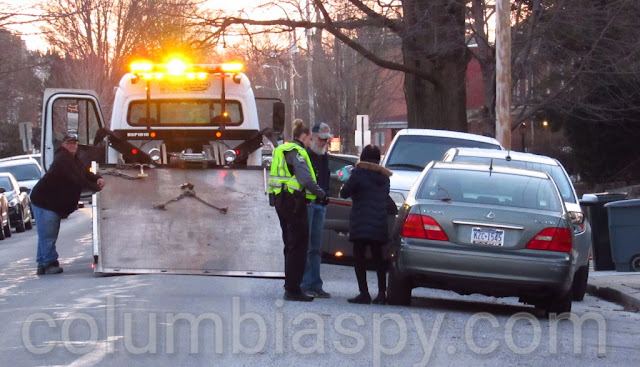