A group of Columbia residents worry borough council is violating the state’s open meeting law by holding information sessions in private prior to most of its public meetings.

Sharon Lintner, who helped create the Columbia Concerned Citizens group and who is running for a seat on council in the upcoming election, previously filed a complaint with the Lancaster County District Attorney's Office alleging council violated the state’s open meetings law, known as the Sunshine Act, when it voted in a closed-door November meeting to fund a proposed new position. 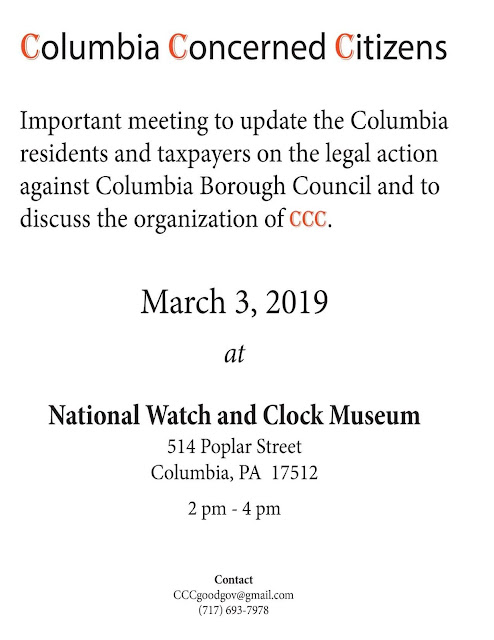 I sure hope a lot of people ttend this meeting.