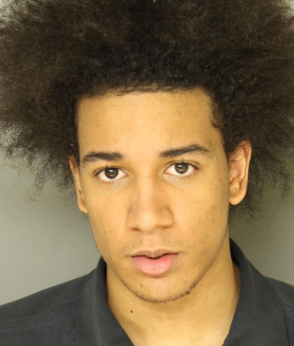 A Columbia man serving up to 62 years in prison for shooting at police will get no relief from a state appellate court.

The Pennsylvania Superior Court found the punishment - 30½ to 62 years in prison – was appropriate for what Marquell Rentas did in Columbia on July 29, 2016.

Assistant District Attorney Travis S. Anderson presented evidence at trial that Rentas fired at a 27-year veteran officer, who was one of many officers who responded to a shots-fired call on Bethel Street.

Rentas, in a request for relief, claimed the sentence was cruel and unusual and a violation of his constitutional rights, considering no officers were injured in the incident.

The appellate court, in its opinion, wrote that Rentas failed to establish how the sentence "is grossly disproportionate to his crime of attempting to severely injure or kill a law enforcement officer by firing a high-powered rifle at him."

The sentence, ordered by Lancaster County President Judge Dennis E. Reinaker, was "entirely rational" regardless of whether an officer was struck, the appellate court wrote.

It's on us the tax payers who will give you better health care than our seniors and vets, and jobs to people to keep you safe and warm.

This country has been upset about taxes since the boston tea party. Get over it

Get over it? Never! It's our money.

Its a permanent part of the system. Its not like its hidden when you buy property

62 years, sounds fine to everyone in columbia, one less worry on the streets!!

The possible misuse and obvious abuse of our tax dollars is absolutely not a normal expectation.