The Columbia Borough Fire Department held its recognition banquet on Saturday, February 16, to honor local fire department members. It was the first such banquet since Columbia Borough's 2015 fire department consolidation. CBFD President Mark A. Fritz was Master of Ceremonies for the program, which included a memorial for deceased members led by Lisa M. Splain and Regina A. Fisher, and remarks by Mayor Leo S. Lutz and Fire Chief Douglas J. Kemmerly. Pastor Mark A. Kopp of St. James Lutheran Church led the invocation and benediction.

Eric C. Swanson of the York City Fire Department was the banquet's guest speaker. Swanson, who graduated first in his class at the State Fire Academy in Harrisburg, has 18 years of experience with the York City Fire Department. Swanson is one of two survivors of the March 2018 York City building collapse in which two colleagues were killed. A report on the tragedy and its aftermath is HERE. 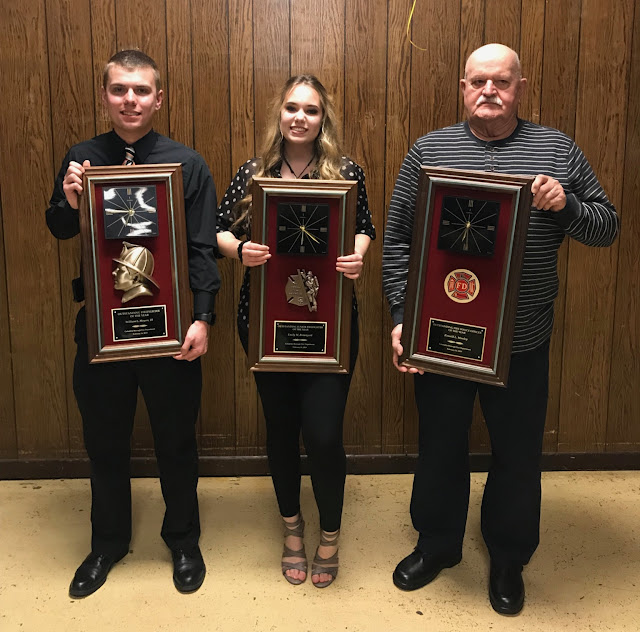 William L. Meyers III, a 10-year veteran of CBFD, was named the department's first Outstanding Firefighter of the Year. Meyers has been active in the department since May 2009, starting as a junior firefighter. In 2017 alone, he responded to over 38% (288) of all emergency calls. Meyers is currently Secretary of the Fireman's Relief Committee, where his duties include maintaining records for audits by the PA Auditor General office, and keeping meeting minutes and receipts. He also currently sits on the Apparatus Committee, which has designed two new fire trucks for the department.

Emily M. Braungard was named Outstanding Junior Firefighter of the Year. Braungard has been a member of the junior firefighter program since September 2016. During the past two years, she has completed classes that included Hazardous Materials Operation, Fire Ground Support, Exterior Firefighter, CPR, and in-house training. She has responded to 25% of the calls in 2018, representing 188 emergency incidents. Braungard has also assisted with other activities, including parades, the annual open house, fire prevention programs, and fundraisers.

Ronald L. Manley was named Outstanding Fire Police Officer of the Year. Manley has been volunteering for over 30 years in the Columbia Borough Fire Service. He has responded to 134 emergency incidents, 18% of all calls in 2018. Manley directs traffic around emergency scenes in all types of weather and has attended numerous training sessions, including Basic Fire Police, Advanced Fire Police, Traffic Control Procedures, and Hazardous Material Awareness. His job includes not only emergency incidents but also events in and around Columbia Borough, such as the Columbia Bridge Bust, National Night Out, the Columbia Arts and Crafts Show, 5K runs, motorcycle rides, and Columbia High School football games.

The Columbia Borough Fire Department also presented an Outstanding Local Business Award to Ben Gorman of Gorman Distributors at 12th and Manor. Gorman has accepted deliveries, picked up shipments, and loaned equipment to the fire company. 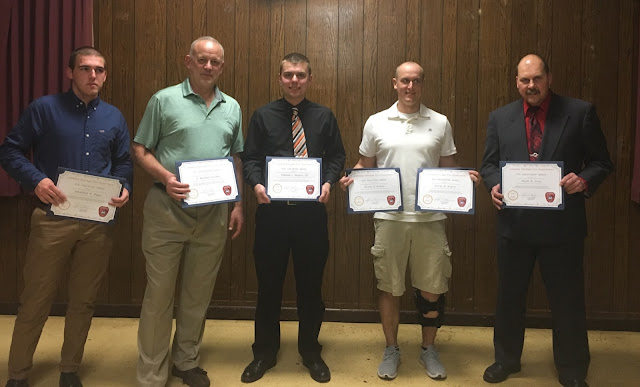 Great job to the men and woman who volunteer in this town!!!

How lucky we are to have such a dedicated group of men and women.

Mike, at the Black Olive is one hell of a guy, I can see him doing this, Columbia Business Owner. Yes we have a great Fire Department, Thank You to all of them.