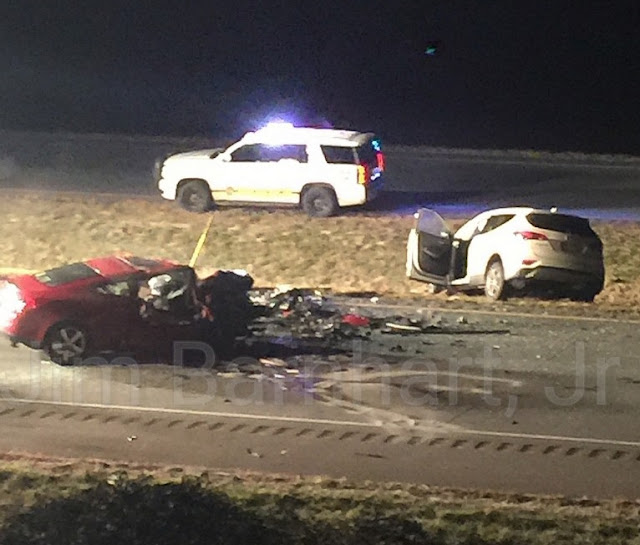 A man was killed and a woman injured when their vehicles collided late Thursday night on Route 30 in West Hempfield Township.

The man was driving the wrong way on Route 30 West at the time of the crash, a preliminary investigation has shown.

West Hempfield Township police, in conjunction with the Lancaster County District Attorney’s office, continue to investigate the crash, which happened just before midnight, near Prospect Road.

The deceased man, a 56-year-old from Lancaster County, was reportedly driving a Pontiac coupe east in the westbound lanes of Route 30 when he collided head-on with the woman’s Hyundai SUV.

The woman, a 32-year-old from Wrightsville, is hospitalized with injuries.

The man was pronounced dead at the scene. His name will be released upon proper notification of relatives.

Anyone with information, who witnessed the crash or what happened before it, is asked to contact West Hempfield Township police at 717-285-5191.

Prior to the crash, other motorists called 911 and reported a vehicle, the Pontiac, was traveling the wrong way on Route 30.

Early information indicates the man was traveling west on Route 30 and made a U-turn in York County, just west of the Wright’s Ferry Bridge, then traveled east for about five miles before the crash.

He passed by me right at the Columbia exit. He almost hit the car traveling next to me They slammed on their brakes and swerved to get behind me I called the police. Luckily he didn't kill that woman