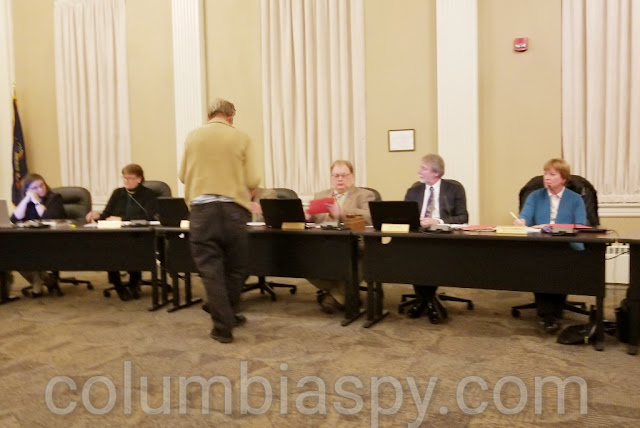 Despite being presented with petitions containing over 1,150 signatures of residents opposed to the borough's recent tax hike, and despite hearing residents' statements, Columbia Borough Council refused to repeal the increase. At the January 8 borough council meeting, over 130 people in attendance heard Council President Kelly Murphy read from a prepared statement which said, in part, "We have heard what you have said and are not insensitive to the effect that the higher millage rate has on all of us."

However, council members appeared unmoved during citizens' statements about the tax hike and a recently created business loan fund, some of which are included below. 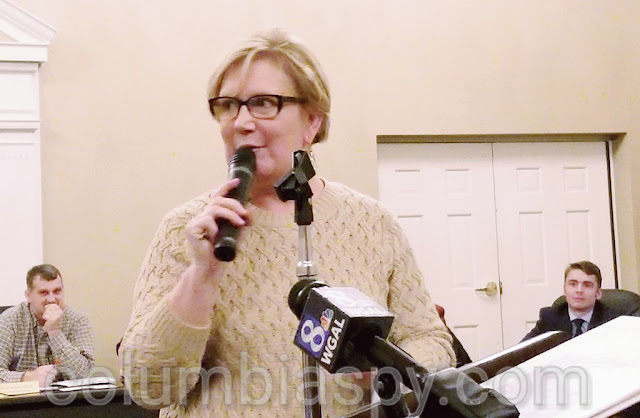 Nora Motter Stark: "Why would you loan money to private businesses when that's never been done before?"

Nora Motter Stark said the creation of the revolving loan fund is a topic of concern for residents. "Why would you loan money to private businesses when that's never been done before? It's a really good question. I think you should listen to what the people are asking and what their concerns are. If you're going to keep this fund I think it needs to be very transparent - what the purpose is and how it's going to benefit them as far as the use of their tax dollars." She said council should make the terms of the loan clear to residents. "People don't understand how it's going to work and how it's going to benefit them," she said. 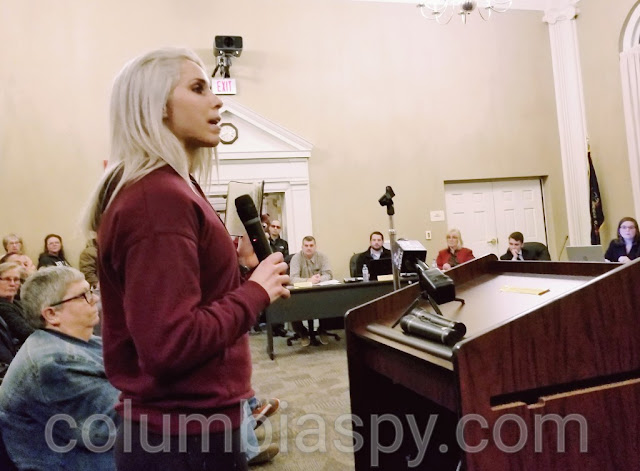 Keena Soukup, co-owner of Soukup Automotive told council that her grandmother, who must currently choose between keeping her home or buying groceries will now need to find a way to afford the increased taxes. "She somehow has to come up with 21% more in taxes," Soukup told council. "We don't feel represented. We don't feel like you're listening," she said, as citizens applauded in agreement. "Good people that care about their properties and care about Columbia are being forced out of their homes."

"The borough is supporting [local developer] Don Murphy's Empire," Soukup said, adding that the borough should instead do more to support small businesses and residents. "We don't need more people to come. We need people to stay." 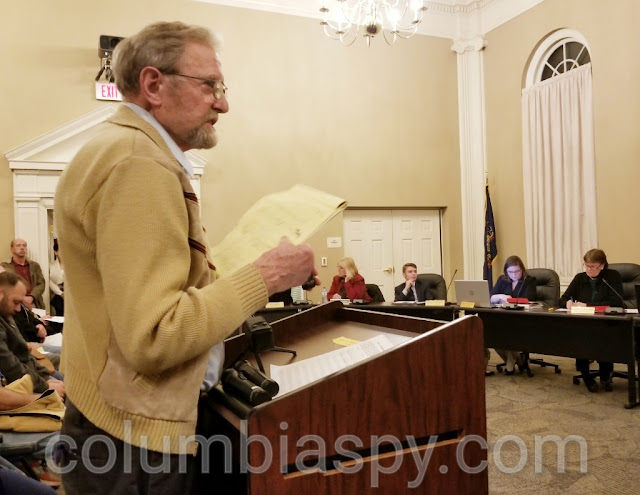 Frank Doutrich: "Enough is enough. We're being taxed to death."

Frank Doutrich said, "People are upset." Citing the borough's taxes, he said, "Enough is enough. We're being taxed to death." Doutrich explained that the elderly in the community are barely holding on. He noted a Facebook comment that said senior citizens are holding Columbia back. " If it wasn't for the senior citizens Columbia wouldn't be here," Doutrich said. "They're the people that kept us going over the years." Doutrich told council that it has to determine wants versus needs in the budget and urged members to do their homework before allowing funds to be loaned. 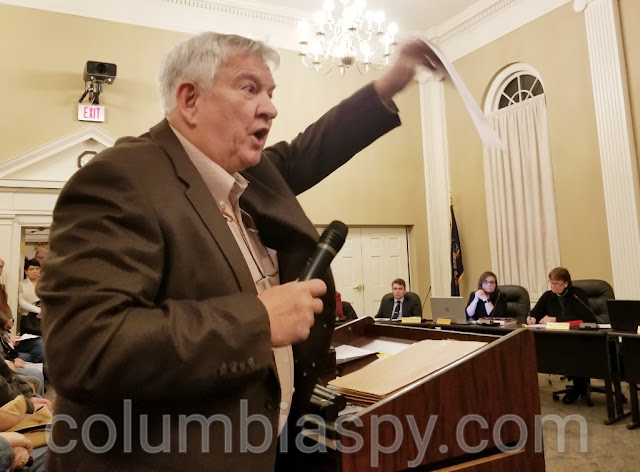 Norm Meiskey: "Don't take the money from the taxpayers of this community."

Norm Meiskey, a former Columbia borough manager, said that $800,000 allocated for the revolving loan fund in 2019 is equivalent to 2 mills of property tax and blamed high taxes for eroding the standard of living for borough residents. "It's the gift that keeps on taking," he said. Meiskey said he believes providing funds for such loans is illegal, because the action is not authorized by the borough code. He also noted that Community First Fund, which administers the borough's loan fund, can charge up to the entire rate of interest, leaving taxpayers with zero return on investment. "Does that make any sense to you?" he asked council members. "It surely doesn't make any sense to us . . . Don't take the money from the taxpayers of this community." Regarding the petitions, he told council, "It would be prudent for you folks to take these petitions to heart . . . You've turned off a whole community in supporting these kinds of redevelopment efforts." 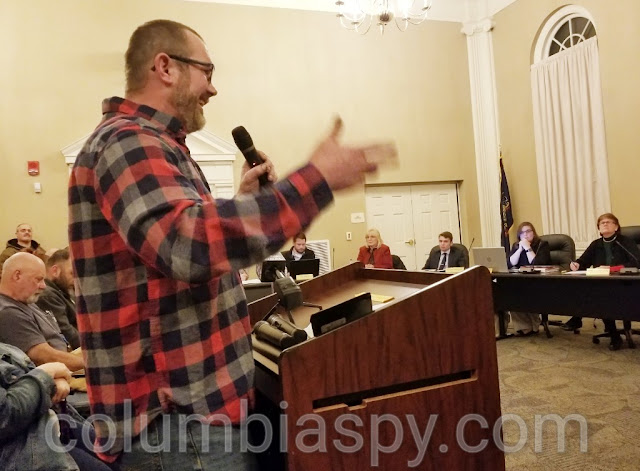 Chris Soukup: "You want to give my money to some other business. It just doesn't make any sense."

Chris Soukup, co-owner of Soukup Automotive with wife Keena, said he was angry over the tax hike and the lending of funds. "You want to give my money to some other business. It just doesn't make any sense," Soukup said. "We have to maintain everything, and all they do is reap the profits and we're paying for it."

Point blunt COUNCIL STEP DOWN YOUR SERVICE IS NO LONGER NEEDED, let good people in there now before it is to late.