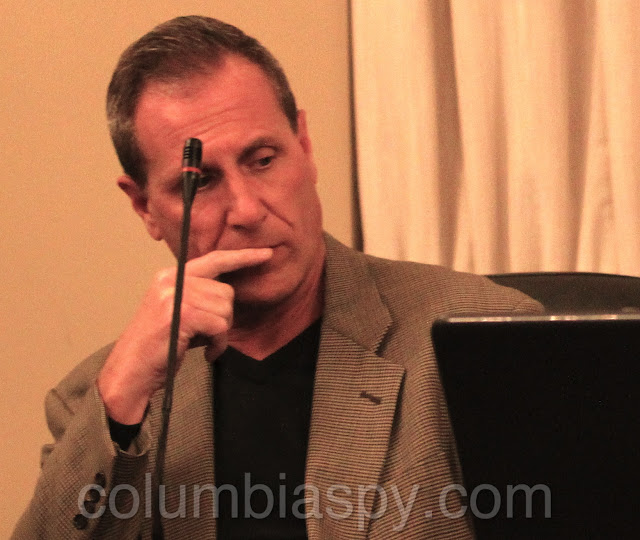 Berntheizel made the comments early Friday morning on the Columbia Spy Facebook page under an article titled "Council president addresses tax hike and petition drive in prepared statement." He has since removed most of his comments - and in a few cases offered meek apologies to individual commenters - but as of this posting, some remain on the Spy page. Most commenters are Columbia Borough taxpayers.

Berntheizel made the comments from his personal Facebook page, and in some remarks appeared to be speaking for Council. It is unclear at this point whether or not his comments were sanctioned by Council since our emails to council members and the borough manager have not elicited any response.

Bet your wife is happy with your comments now. We citizens look at you and council as liers , the mayer too.the new manager should pass management classes and her salary reduced $30,000 to the old managers salary, this is more back door stuff this council has done.

This shows what he is made of , Leos way do as we say not as we do. The mayor is parking illeagely again ,he must have got mad for being questioned at meetings.

Clearly the councilman doesn’t understand that government officials are elected to represent the people and their wishes. This is no surprise as the American people are getting used to being told what to do instead of the reverse which was the original intention of the founding fathers. We need to stop looking for the right politicians to “run the country” and elect politicians who allow THE PEOPLE to run the country.

If The Donald can throw a temper tamptrum , anyone else can too

I like your Columbia Spy Facebook page but take a look at the What's happening in Columbia page. Looks like the developer owns that page now.

If you cant handle the heat then stay out of the kitchen! We need ppl on the board who is for the ppl not for themself!

While we welcome everyone in Columbia, including Don Murphy to the What's Happening in Columbia page. But, have no idea where you get he owns it.. I can assure you that you are highly mistaken in your thinking.. I personally would love to see Mayor Lutz and the council members to participate in the discussion in the group.. Too bad Cleon isn't a member to be able to share his words of wisdom. Sorry I missed them..

I invite all members of the Borough Council, Mayor Lutz, the Chief, Rebecca Denlinger, Steve Kaufhold, and Jeff Helms to come join the What's Happening in Columbia, Pa. and Surrounding Area facebook group. We would love to have your input. https://www.facebook.com/groups/716259668444880/

Sir your free ride is over, step down before lnp gets all of this info .