We previously speculated that the $32,000 "security fence" erected along Heritage Drive about a year ago was a taxpayer funded giveaway. Information recently obtained by Columbia Spy more-or-less verifies that it was and suggests that a pattern of "alternative facts" was provided to the public by borough officials.

At the November 2017 public works meeting, officials said the improvements were needed for privacy and aesthetics, and to resolve trespassing issues. Public Works Director Ron Miller said cottage owners told him that, due to the increased number of visitors to Columbia River Park, people are entering Riverfront Drive, a private road that runs through the tract. He said the new fence was a way to make a boundary. Mayor Leo Lutz added that the fence will also prevent encroachment on Heritage Drive by the cottage owners. “By putting the fence there, that's stopping that encroachment,” he said.

“They [cottage owners] thought they needed a fence for some privacy or some delineation between the property and the park,” Miller said.

Miller said the original plan for a fence on the boundary between Heritage Drive and the railroad tracks was nixed because Norfolk Southern, which owns the railroad, didn't want a fence that was only 25 feet from the center line of the tracks. Consequently, the fence was moved to other side of the road, toward the cottages. Officials are pleased that the borough and the railroad have been able to reach common ground on several projects, including this one. “Norfolk Southern is happy with the relationship we now are developing,” Lutz said.

At the September 2018 borough council meeting, however, other explanations were given. At the meeting, a resident asked what the purpose of the fence is. He noted that there are openings in the fence along the road (seven by our count, some several vehicles wide). The mayor explained that the fence was required by Norfolk Southern for “the sale of the property.” He said the company "apparently approved" the fence. "I think they're more concerned about people going out through the yards than they are going over the tracks," he said. 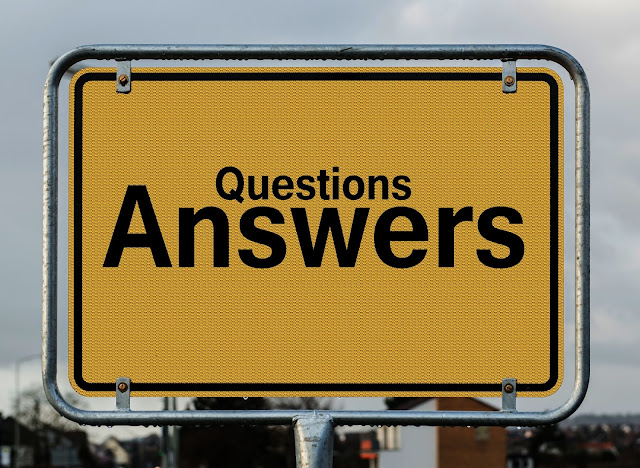 Columbia Spy subsequently contacted Norfolk Southern directly, and this is the text of an email response we received from the company on September 19, 2018:

"I have reached out to Norfolk Southern employees in our government relations and track engineering departments regarding your questions about the fence. As far as they know, Norfolk Southern did not have any conversations with Columbia officials about the wrought iron fence on the southern end of Heritage Drive and was not involved in its approval.

From Norfolk Southern’s perspective, if the fence was intended to protect railroad property, it would have been placed on the other side of the road, closer to the tracks, to try to deter people from trespassing onto the railroad right of way.

Over the past 10 to 15 years, Norfolk Southern has conveyed several parcels of property to the town. One of those parcels, I think, is pictured on the Columbia Spy website, the one that shows a chain link fence along an unpaved section of Heritage Drive, an area that I understand is used as a walking trail. Norfolk Southern did convey property to the town in this area near the COLA tower with a condition that the town install and maintain a fence to separate the trail area from the railroad tracks.

You could check local property records to see if Norfolk Southern previously owned the parcel along the southern end of Heritage Drive where the wrought iron fence was installed. If so, and if the railroad conveyed or sold the property to the town, the town should have those records, which presumably would include written documentation of any conditions that NS might have required as part of conveyance."


Since the railroad company suggested that we check local records, we did, and here are the results from a right-to-know request. (The email is dated October 2, 2018.)

"Thank you for writing to the Borough of Columbia with your request for information pursuant to the Pennsylvania Right-To-Know law regarding the contract and any other documents stipulating or relating to an agreement between Columbia Borough and Norfolk Southern regarding the fence installed along Heritage Drive and bordering the tract of land owned/managed by the Columbia Heritage River Cottage Association.

There is no contract stipulating or relating to an agreement between Columbia Borough and Norfolk Southern regarding the fence along Heritage Drive." 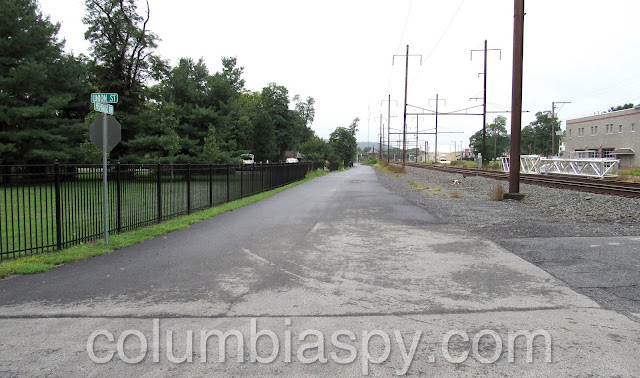 Borough officials have offered an array of reasons "justifying" the need for the fence, having said it was installed:

However, the information obtained by Columbia Spy refutes statements that Norfolk Southern had any involvement in the fence project:

If the fence was paid for with tax dollars, that's another questionable use of our funds.

The fence appears to be on private property. The cottage owners along Heritage Drive should have paid for and installed their own fences. The fencing should have been maintained by the residents, not the borough as it stands now.

Borough officials resisted fixing the gutter on South Second Street for a very long time, yet they can buy a decorative fence for $32,000 without question.

none of this is a surprise,borough does what it wants to,no matter if they have to lie to get what the want

I think there needs to be a financial audit and accountability. Thank you for the investigation Columbia Spy, we would be none the wiser without your exposure of the facts.

Seems like it's not about the fence as much as all the different answers on how it got there. And we're supposed to trust these elected officials.

Thank you for the time and effort you put into these "investigations" I'm glad someone is looking out for the average citizen...
Good Work!

Frist off $32,000 for a fence with holes in it for drive ways , and open to see threw is $30,000 to much. Ron Miller lies as bad as the mayor on this fence, 3 or more people from the boro have cottages there, ( that has a lot to do with it) the boro mowed it and trimed it. Now to find out it is on private property. Boro management is at a all time LOW, WE NEED A STATE AUDIT TO SEE WHAT these people did for private people, and the money pit?

Three years ago this was a no name dirt road now its the most popular street in town. Its time to move on people.

I think the article is not about the fence. It is about the lies. Read it again.

at what cost to the tax payers

Move on is right!! Maybe for you so get at it!!

guess who paid for the repairs.

The fence was hit 2 in a summer and the TAX PAYERS PAID TO REPAIR A $32,000 fence on private property , the boro mowed and trimmed it , this is just the tip of the out right waste of tax dollars at the money pit, This mayor and council knew that it is private property and still put it up along with $8,000 worth of trees ( at tax payers expence) because THEY LIED!!!