Van is lifted from sinkhole area at North 3rd & Linden 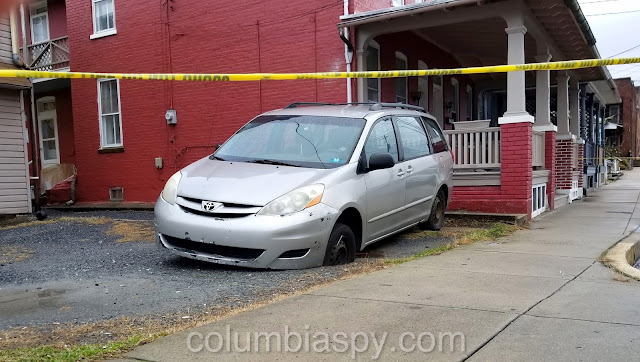 A van was found partially sunk into the opening of a sinkhole at North 3rd and Linden today.

Emergency personnel responded to a report of a sinkhole at the intersection of North 3rd and Linden Streets at about 1:30 p.m today. Upon arrival, personnel discovered a van with its front driver's side wheel partially sunk into an opening in the asphalt in a small parking area. Officials also found that the opening expanded just under the asphalt into a hole about 6 feet in diameter and 14 to 20 feet deep along a storm sewer line.

Out of concern that the asphalt surface could collapse if the van were to be towed, officials instead had the vehicle lifted from the area via crane supplied by Patriot Towing of Mountville. The van was later towed from the scene. 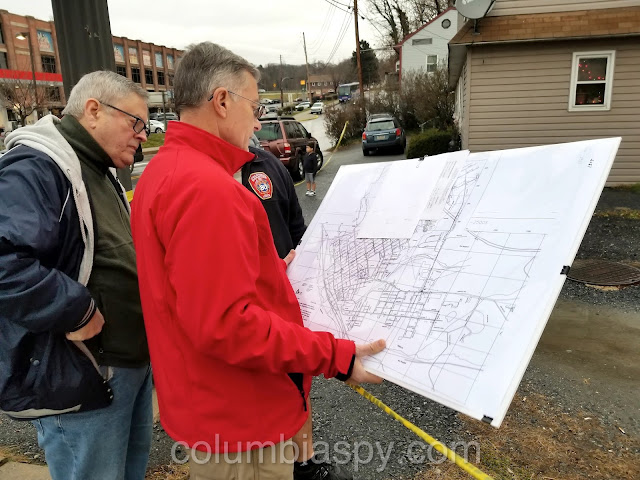 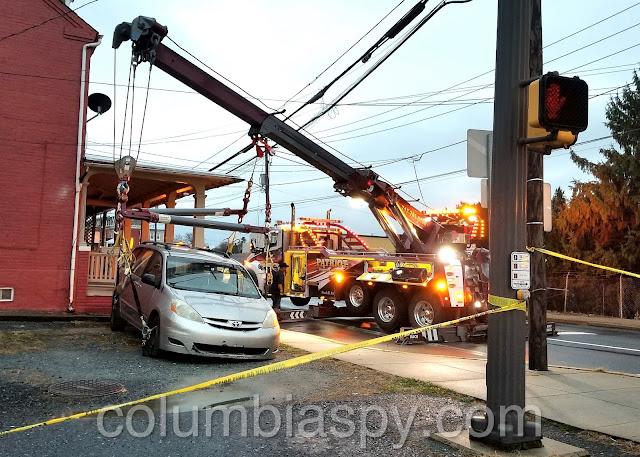 Patriot Towing prepares the vehicle to be lifted from the sinkhole area.

The van being lifted via crane. 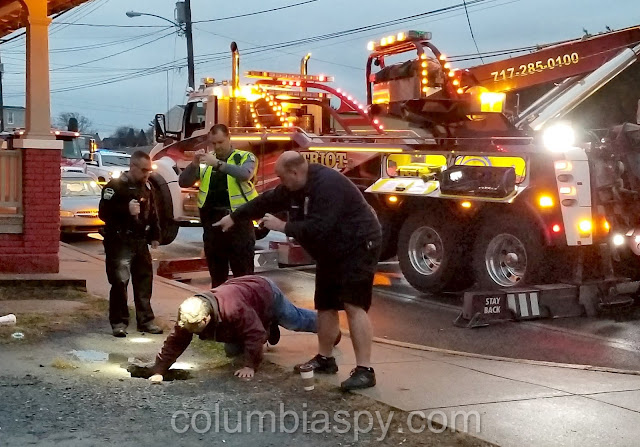 Personnel inspect the sinkhole opening after the van was removed.

Is the area still closed off to traffic?

From wgal.com: According to police, traffic in the 400 block of North 3rd Street may be affected, when contractors start work to repair the sink hole, sometime this week.

Looks like the borough hooked the stream that ran through the experience to storm sewer there and it broke.

That van looks to have out of state inspection sticker , is it driven or just parked there?

I think i could have got that van out with a jack and plywood. Wonder why they choose such an extravagant extraction?