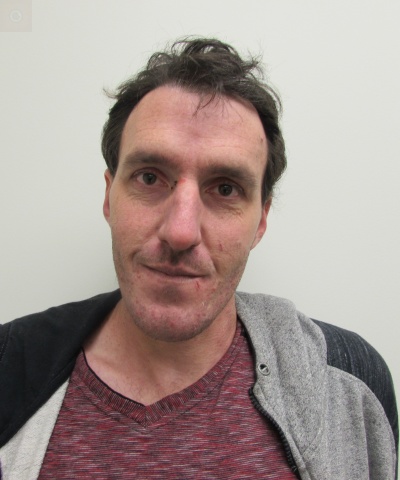 Salvatore C. Batto III
The Columbia Borough Police Department investigated a fire on November 30, 2018 at 3:00 pm at the KleenRite Carwash located at 502 S Sixteenth Street in Columbia Borough, Lancaster County, PA.  When Officers arrived they found a large bay of the main building had sustained significant damage to the interior caused by fire.  They learned that a witness had extinguished the fire with a fire extinguisher.  One witness observed a male inside the bay starting the fire and when he was confronted he fled on foot.

West Hempfield Township Police Officers located a male matching the description of the actor a short time later about four blocks from the crime scene.  The actor was wearing a hooded sweatshirt that had burns on the sleeves.  He was positively identified as the actor setting the fire.  The PA State Police Fire Marshall assisted with the investigation.  As a result, Salvatore C. Batto III a 35 year old male of Paradise, PA was arrested for one count of felony Arson and one count of felony Criminal Mischief.

Estimated damage to the building was approximately $20,000.  No persons were inside the immediate structure at the time of the fire.  Salvatore C Batto III was taken to Lancaster County Central Arraignment and is awaiting arraignment.  All parties are presumed innocent until proven guilty in a court of law.
Arrest Date:
Friday, November 30, 2018
Case Number:
34823-11-30-18

https://lancaster.crimewatchpa.com/columbiapd/10552/arrests/batto-salvatore-charles-iii-1-count-arson-f2-and-1-additional-charge
Posted by Joe Lintner at 6:50 AM