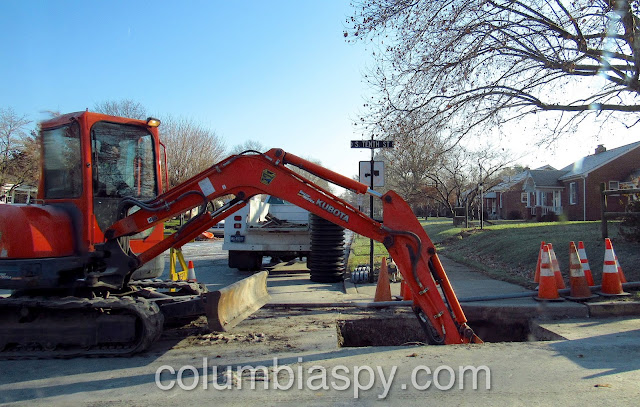 A project to prevent water from leaking onto the road surface from an underground spring is currently underway on Grinnell Avenue. Water from the spring, which is seeping into residents' basements, is being pumped out via sump pumps and eventually draining onto the roadway.

Initial excavation for the project began on Tuesday as a first step toward installing an 8-inch drain pipe and a new catch basin. The plan is to direct the water into the pipe which is being run under a beauty strip along the sidewalk between 10th and 11th Streets. The pipe will connect to a catch basin being installed at 10th Street and Grinnell Avenue to direct the water down 10th Street to an existing catch basin on Barber Street. According to Zoning and Planning Officer Jeff Helm, the project will take about two weeks.

Columbia Spy previously reported on this story HERE and HERE. 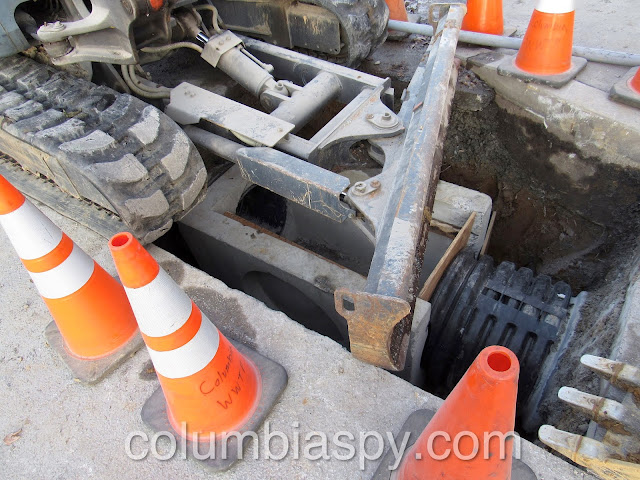 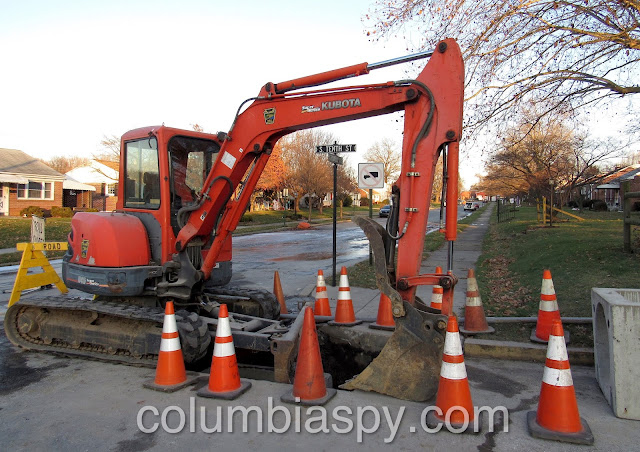 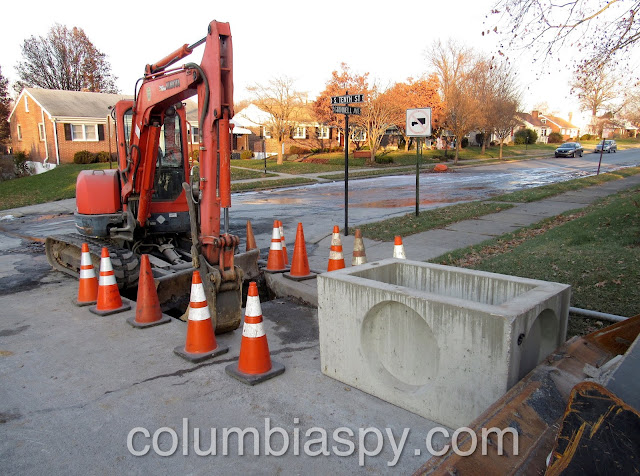 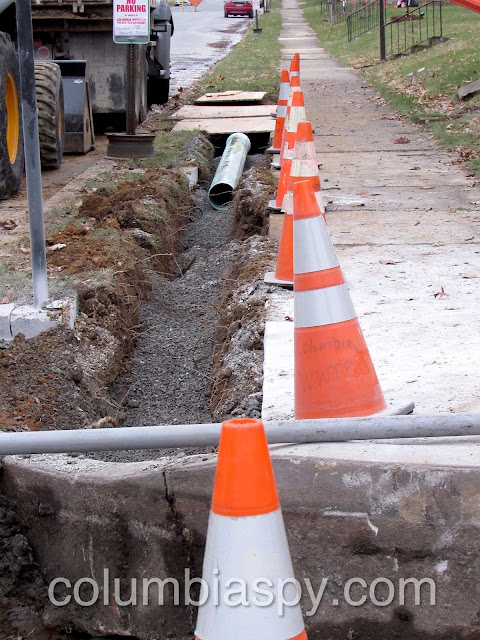 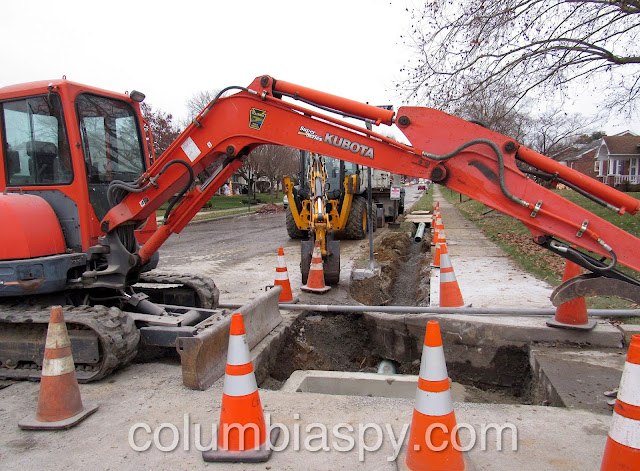 This an expensive Band-Aid to a bigger problem, AKA hydrostatic water pressure.
Properties uphill aren't draining rainwater to street, or there's a busted water main.
CWC is in now way shape or form gonna test their pipes for leaking. Donald is a banker,lawyer, and business man all wrapped up in one