Mystery numbers: Tax hike in, pay raises out, property inspector in, hiring out 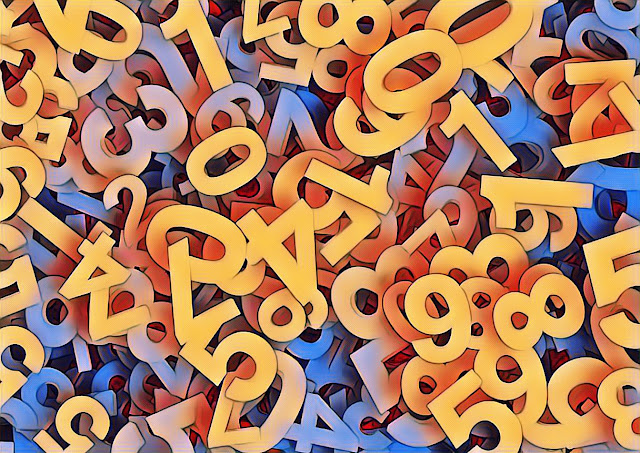 Four major items came out of the November 7 extra budget meeting for 2019: a new property inspector, a hiring freeze, a freeze on certain raises, and a tax hike.

At the meeting, President Kelly Murphy said council had voted 6-1 at a personnel meeting to hire a full-time property inspector. Murphy said the position will be included in the 2019 budget and "the individual in question will be hired accordingly." The individual in question is assumed to be Jay Frerichs, who believed he had previously been offered the job. As of last week’s meeting, Frerichs was still in limbo; council was not certain it could pay Frerichs' promised $50,000 salary plus benefits due to lack of funds in its general fund account. Somehow, in the interim, however, the money showed up.

Although the sudden availability of funds was not explicitly explained, it presumably came from cuts in funding to organizations, a freeze on hiring and pay raises for department managers - and a proposed 21.2% property tax hike, all of which were announced Wednesday night.  Frerichs' salary was not the only consideration, however. Council also had to meet regular operating expenses for next year. Since many of the numbers at last week's meeting were left uncrunched, the budget and the hiring must have been worked out sometime between the two meetings.

The proposed tax increase will raise millage from the current 6.6 to 8 mills. The increase equates to an additional $140 tax bill on a property with an assessed value of $100,000. Taxes had been at 8 mills for several years until last year’s decrease to 6.6 mills due to the county-wide reassessment. (Taxing entities adjust their millage rates down in proportion to an increase in taxable assessment.) In November 2015, council shot down an opportunity to reduce millage a quarter of a mill, to 7.75. The vote was 4-3 to keep it at 8 mills.

In raising the millage back to 8 mills, Councillor Cleon Berntheizel noted that the borough had not increased taxes in a decade. However, even with last year’s decrease, Columbia’s municipal tax rate has long been among the highest in the county, second only to Lancaster City. Columbia’s current total millage [county (2.911) + municipal (6.6) + school district (25.8163)] is already the highest in the county - at 35.3273 mills - and this latest increase will push the total to 36.7273 mills. A property owner will bear an annual tax burden of $3,672.73 on an assessed value of $100,000, or $306.06 per month.

Although millages from the three taxing entities were the only factors used in calculations at the meeting, the borough and the school district also jointly levy a 1% earned income tax, a real estate transfer tax, and a local services tax, formerly known as an occupational privilege tax. In the final analysis, factoring these taxes (which are variable) into the calculations renders any estimate of number of cents on each dollar of tax unreliable. Suffice it to say, Columbia Borough property owners will be paying more in taxes in 2019.


[A link to a .pdf of current county, municipal, and school district millage rates is HERE.]

I hope the boro council meeting is standing room only when does it end for us paying high taxes especially people on fixed incomes. Are they trying to get all the senior citizens out of their homes? If the council didn't spend so much they wouldn't have to raise taxes. Get rid of some code people. Did they need new trucks? When is it gonna stop?

Wow this is ridiculous

They must go!! What about the "4 million dollar GARAGE"??

No pay raises this year that only has a month and a half! But, next year very early "BIG RAISES for a lot of workers in the borough!!

Property values went down. We can't even get a refi to ease finances because the drop in value (even with a hefty $42K remodel) to wipe out any increase the remodel and equity gave us. At this point, we can't even afford to sell. And our mortgage went up due to the increase in property taxes already.

Let the People of power pay your taxes and give you 10 years tax break!! People that are buying property are the ones getting the tax breaks and also renting so they get rent money on top of that!!

It all comes down to the town turning into a WELFARE DISTRICT, the homeowners can't afford to be paying taxes for all the people on WELFARE, these people live here FREE and the WORKING TAXPAYERS have to pay their taxes also. Let get the HELL out of Columbia and find a BETTER place to live, let Columbia fold up or bring in the FREE LOADERS.

They are working on the 2019 budget meaning no pay raises for department managers in 2019. As for other raises, I believe almost all, if not all, employees are subject to a collecting bargaining unit agreement which would stipulate what their raises are for 2019.

She doesn't pay taxes here either and we pay her and she can't handle what she's doing. We need a manager who knows how to handle a town. Nor do the council people they like spending our tax money. I think they all must have money or they wouldn't raise taxes. I hope we get a shake up in there at election time.

Sam from sunoco and people involved with sunoco are buying up property left and right and you guessed it...all section 8 of course if they want to keep bringing in the trash for extra income...let them know Columbia is not for it and boycott their main income...people of Columbia unite...find out who is buying these properties and make it a living hell for them....if the borough doesn't want to hear it unite and take your voices to the next level...Jeff siebert owns them don't use him as a realtor..Keith krieser hasn't paid taxes in his entire life he owns them call on him...if my sources get back to me I will give u a name and business to boycott ...Jack markel owns section 8 I hear once I find out for sure you know who not to use...once you start fighting back things will slowly start to change...

I sure hope the council meeting is packed full tonight to see how they are spending our money and how much the tax raise will be because of all their spending. We just can't afford to pay for all those unnecessary people they have on the payroll. And all those not needed trucks. This town will be a ghost town instead of thriving soon.

In my 34 years of living in Columbia and 2 years in hallam I would love to see Columbia be back to what it was I will never let it happen to where I'm at now...I'll fight with you guys

I will NEVER understnad why Boro Manager or Boro COuncil hasn't put a STOP to ALL RENTALS. This small poverty stricken town has close to "ONE THOUSAND" RENTAL PROPERTIES. The powers that be MUST put a stop to this nonsense. You need to turn at least HALF of these rentals back into SINGKLE FAMILY OWNED HOMES. How hard is it?

I agree. and there's POWER in NUMBERS. DON'T let them fool you....Council IS WHO RUNS THE SHOW< WHO SPENDS THE HUNDREDS OF THOUSANDS AND THEN ACTS LIKE THEY HAVE NO IDEA WHAT YOU'RE TALKING ABOUT.

They won't care until the rentals are right against them...granted Kelly has some across from him...the neighbors aren't so bad...yet ...you have to look at a small town like this with deep roots and wonder who is benefiting from it...someone has to be because common sense says the less owners and more renters you have the less your town will thrive.and why do you think school taxes keep going up as well as your property tax

I hear many complaints about rentals, the terrible tennant's & slumlords. Council doesn't want to put a stop to it. I hope the slumlords buy right next to each council member so they can have a taste of what they created.

Mr.kreiser hasn't been a landlord for years. Get your facts right JACK

Mr. Novak the school millage rate is higher because they receive less money per mill.

Is he out as a landlord owner?

Millage rate is just how much taxes per $1000 of value is collected. The problem is there are not enough taxpayers to fund the costs associated with running the town or school. Add in the fact theres not much chance to add in anymore taxpayers because of being landlocked & it's only going to get worse. The only way out of this mess is for Columbia to merge or keep dying the slow death that it is.

You cant figure this out Cole? Our property values are lowerer so dollars per mil are lower. Not rocket science

I'm not sure if this is meant as sarcasm of the comment above, but: The school district doesn't receive less money per mill than the borough does. A mill is a mill is a mill. The only thing that changes is the assessed value of the property. So, yes, if property values go lower, dollars per mill are lower, but that's not what the first comment states.

Now they want millions more to put into the money pit, when does the madness STOP?