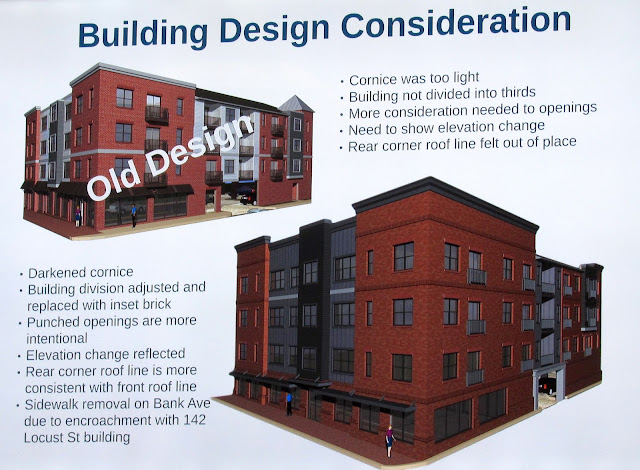 Benjamin Myers of Eberly Myers LLC, the company building the 33-unit apartment building on the first block of Locust Street, is requesting a change in terms and an increase in funds due to increased costs of the project from $4 million to $4.8 million. Myers is requesting, in part, an increase from the original $400,000 to $650,000 from the Community First Fund, a borough loan fund, and a change in terms for interest and principal payments. (Finance Committee Meeting, October 22, 2018) 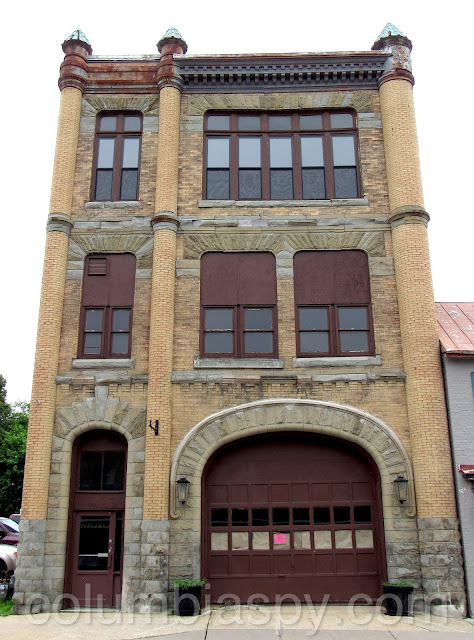 A spring groundbreaking is planned for the hotel construction project at the former Becker Potato Chip factory at 2nd and Locust (Budget Meeting, October 4, 2018) 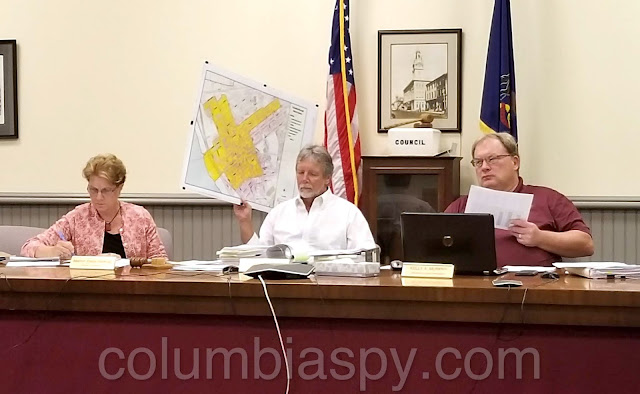 There's a block within the historic district that's not designated as such. The issue will be discussed further next month. (Legislation Committee Meeting, October 10, 2018)

The borough has a drone, but it's not being used for code enforcement, according to Zoning and Planning Officer Jeff Helm, who said it was purchased through the "emergency management agency." (Legislation Committee Meeting, October 10, 2018)

A councillor stated that property values suffer and properties are harder to sell in neighborhoods with short-term and other rental properties. (Legislation Committee Meeting, October 10, 2018) 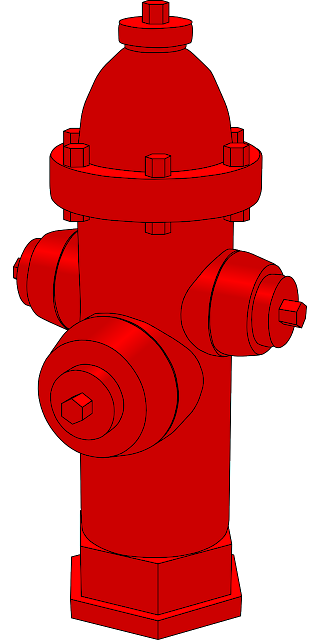 The Columbia Water Company claims it flushes hydrants in May or June, half the first year, the other half the next. When a hydrant is flushed, it is inspected, and the cap threads are greased. (Safety Committee Meeting, October 10, 2018)

Columbia Water Company workers recently fixed the wrong fire hydrant. Although the hydrant at 2nd and Linden needed to be repaired, the company mistakenly did work on the one at 3rd and Linden, supposedly due to the way the work order was written.  (Safety Committee Meeting, October 10, 2018)

The borough received a request to pave the tennis courts at Glatfelter's Field, because they're now being used for street hockey. The work was estimated to take two days with a 4-5 man crew, at a cost of $3,000-3,500. (Public Works and Property Committee Meeting, October 16, 2018)

The owner of the Sunoco gas station along Route 462 also owns the former Exxon station next door and is seeking approval from the EPA and Labor & Industry to install self-serve, card-reading-only fuel pumps at the neighboring station. The building will be storage only - no occupancy. (Planning Commission Meeting, October 23, 2018)

Gladfelters Field is private property. Why is this property ànd a potential project being discussed at the Public Works and Property Committee meeting? This would be taxpayers money spent on private property, since when does that happen?

The rink is open for public use and does not receive funding from Gladfelter's.

all of gladfelters field is open to the public so who pays for the maintains. it is private if they
want it paved let them fund it not THE TAX PAYERS

Columbia will never thrive the way it once did...poorly managed from the top down..home owners are paying ungodly amounts in taxes to set next to a section 8 multi unit building or slum lords property..1 person paying taxes on a multi family property which 2nd street will surely become renters row...Columbia has to start by replacing lutz and work it's way down...when I was young the town was a community everyone knew one another...a close friend who happens to teach at the high school told me each marking period is like a new year because of people moving in and out...Don Murphy is doing well bringing business and fixing up alot of the buildings...good job Don...in all get rid of the slum lords put money into the right things in town crack down on the obvious crime instead of sitting at Turkey hill or black olive ..bring in more buyers and less renters "section 8 or slum lords" code enforcement do your job as it should be done start on front street and work your way up....everyone go to a meeting and demand to know where your money will be spent...o yes and the trolley which was such a good deal they couldn't pass up on it...was not such a good idea

Did the Borough give the money for the Hotel? Are there "BIG BIG TAX BREAKS IN THE HOTEL!! What about the parking garage??

The $11,000 dollar trolley management bill for Susquehanna Heritage, plus the borough paying the drivers $15.00/ hr., plus maintenance, and fuel comes out to well over $1000/week (12 summer season weeks, but 3 days, not seven). Sounds not so good now does it?

The "rink" is on private property, not public property.

I'm not trying to bash the town 90% of my family is still there I just see what it is turning into...from what it was to what it is I'm sad to say the town is gone I remember you could walk any block and not worry about being a victim of crime or you would know someone on every block I would say 40% of Columbia is now the people renting not giving a crap about the town or the way they act let alone trash the property...a few of Columbia's natives own some of the most problem properties and its sad... others are from God knows and I'm positive they take zero pride in what they call their investments...I would love to see a someone like Jack gamby be mayor or anyone that still has love for the town that once had pride

The push to have taxpayers pay for blacktop on hockey rink came from Leo, as several of his police officers play out there.

Are you kidding me? This site is all about bashing Lutz and the boro council. It is why the site exists!

People take "Zero Pride" in what they call their investments - because the people that run the town grind them down to the ground. It's not a bad town - but there are some very bad people running it. That's a fact.

so where is this $50,000 coming from since the boro made this big error.Are they trying to spend all the money from the selling of the sewer plant before they get out of office. We need a big shake up in there. I can't believe the manager didn't see this. She runs our little boro like a big city.

Wow, black top for street hockey, Ha, we have a public alley that residents put out their own money to black top their section. They think they own it Now, 17 years of fighting to get in because they block the entrance. Ha, 17 years we've been screwed by these people. Nothing ever done.

These public access alleyways are an issue...or better yet, a problem, that Columbia borough officials refuse to deal with. Officials have told residents that they must hire a lawyer to resolve these alley issues. I wonder who is paying taxes on the alleyway "land." Part of our deed states that that the grass alley behind our property is to remain open for all three homes that abutt it to use. One of the three is a rental and they use it as their private driveway. Someone even added stone. Talk about encroachment. The other two homes cannot access their yards from the alley because the rental house vehicles block rear entry. If no one is taxed for the alley "land", it would seem like it would be borough property. If it's borough property, the borough needs to step in and see that these alleyways remain open. We certainly have enough code officers to enforce this widespread infraction.

People who run the town do a very poor job...but you saying they don't care about their property because the people make it hard on them is nonsense....they put section 8 properties up for rent and wait for a check...if you own a section 8 property you don't care about the area you own it in because everyone knows what it brings...crime and trash bottom line no response needed

Well council sees fit to ignore residents at the public meetings. So where else can they express themselves?

Went to the borough,Helm sent both letters to stop, that was 17 years ago, called police over 40 times, still do it. Took one to court, judge told him to stop, not in writing though, next day he was in the alley for almost 2 hrs. 2 lawyers, last one said if the cops would have towed them 17 years ago would have stopped. 3 days ago the one had both cars in the alley, she has 3 parking spots in her yard. Last lawyer told me to move.

The borough can't get involved in issues regarding the private alleys. The private alleys are subject to deed restrictions which means the owners of the properties would have to litigate an issue involving a violation of the restrictions and obtain a cease and desist order from court. The alleys would be owned by those who had deeds showing they have a right to use it but are restricted in its use. Bottom line, the borough does not own the alleys nor are they responsible for enforcing deed restrictions.

I've been plagued by alley problems since the early 1980s and nothing has changed and it never will, never. If you want peace you'll have to take your lawyers advice and move. Move to a more civilized town where neighbors respect each other.

Howard Stevens, I know what you're going through. I went through similar things at three of the properties I owned in Columbia. I still don't understand who is taxed on the land if more than one home is permitted to use the alley. They truly are private alleyways when one person takes over. I know what you're going through because once you start getting a lawyer involved you're done, it's war. If the codes department were to come through and say you cannot block the alley, it's a borough regulation, I think that would be better received than getting a lawyer involved and have private people fighting over it, but apparently that's what they want you to do in this town they want you to fight and make enemies. And when I tell you it involved three properties and I talked to another person who lived in another area of town, same trouble... this is widespread.

Spend all the sewer money and get it over with ,go back to poverty town and not the laughting stock it is now.

Amen. Finally someone who understands.On another note, please attend theBoro Counci lmeeting tonight at 7:00 pm! This Council needs to Know without a doubt that ALL these hard working, taxpaying residents have had enough of their frivolous wasteful spending. It IS UNACCEPTABLE. And if YOU can't figure that out....it's time for you to GO.

Jeff Helm did tell the two of them not to park in the alley, But that didn't last long. Codes don't have anything they can do. The Last Expensive Attorney lasted 10 mins. He said Move, He also said Its a Public Alley no different than a Public Street, It's a Violation, should have been given a ticket and after that Towed, it would have stopped years ago. That family affects 8 other people in this neighbor hood , I'm not Moving. Just keep trying to stay Legal.

only if it's a dead end alley