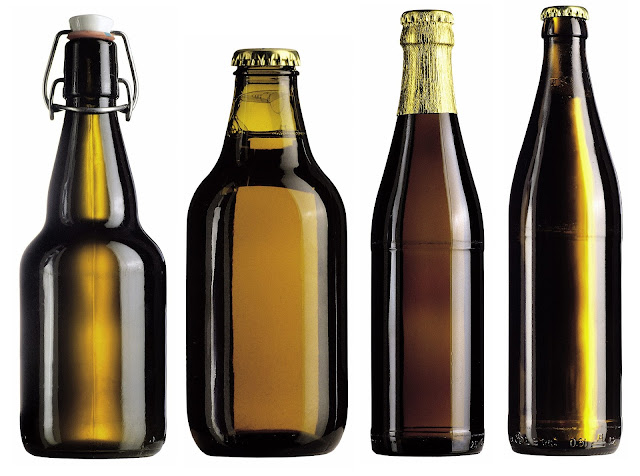 Council unanimously disapproved a request for the inter-municipal transfer of a catering club license for the 717 Social Club at 401 South 2nd Street. The license would have allowed the club to charge for alcoholic beverages. Currently, drinks are paid for by donation. The borough solicitor will present “findings of fact and conclusions of law” in support of the decision at the November 12 council meeting. 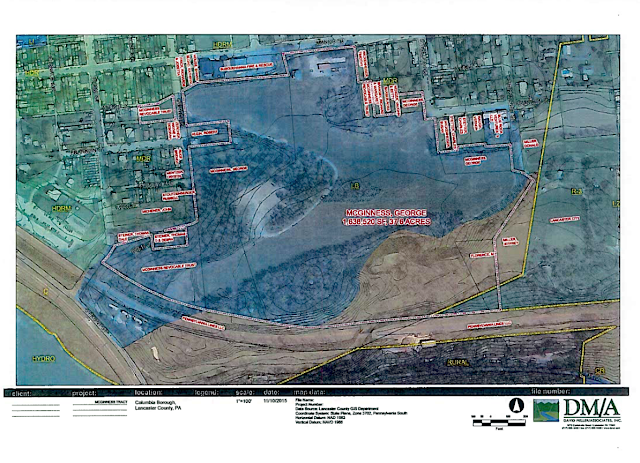 Council voted to “de-prioritize” the purchase of the McGinness property on Manor Street from its economic development plan. Specs on the property can be found HERE. Council voted to release $100,000 to the Columbia Borough Fire Department from the department’s capital improvement escrow fund for the purchase of new fire equipment.

Council voted to consent to the acquisition by the Lancaster County Land Bank Authority of the following borough properties: 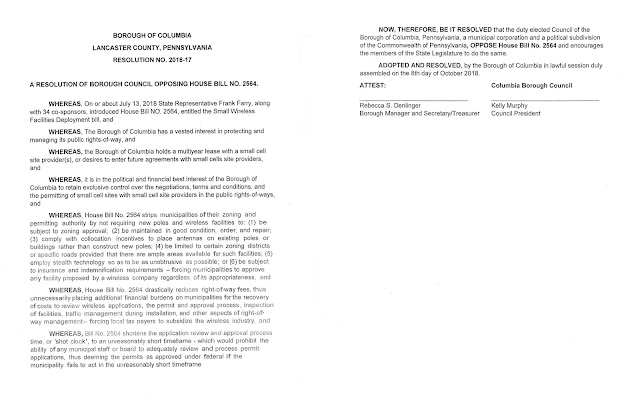 Council passed a resolution (shown above) to oppose PA House Bill 2564, the "Small Wireless Facilities Deployment Act." According to solicitor Barry Handwerger, the bill would significantly limit local legislative rights over rights of way and could allow proliferation of antennas, poles, etc. without permit requests or approval from the municipality and would strip the right to regulate zoning. State Rep. Frank A. Farry introduced the bill, the text of which is HERE.  His memorandum on the bill is HERE. 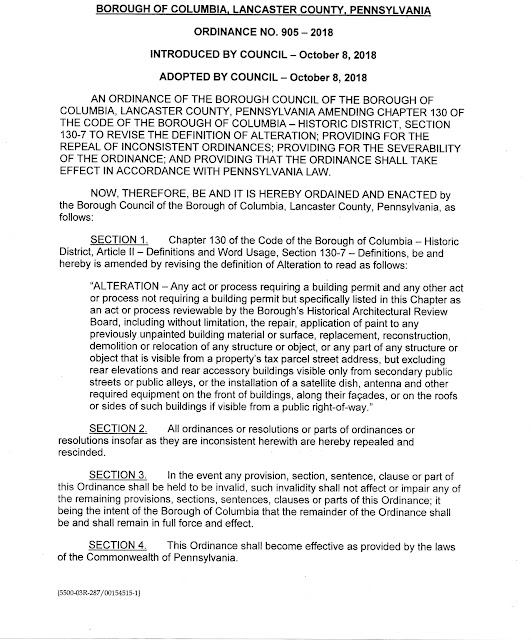 Council voted to adopt an amendment to the borough code to revise the definition of “Alteration” for properties in the historic district. The text of the amendment is shown above.

What ever happen to the contamination of McGinness Air Port! Did it just go away??

Do as we say not as we do --ask no questions and hear no lies, councils code.

to bad Club 717 can't get a license when they would have limited hours plus they donate to the community. They remodeled it too so they are interested in keeping their business in Columbia. How come we are getting breweries?

so what's the story on the Mc Ginniss property? I certainly hope and pray the zoning is where it should be for this large parcel. Something to add to our tax base.

Come on this council spends money they don't worry about where it comes from.

A giant drug rehab ,fenced and patrolled with dogs.

They chose this route. Took the risk.