Chief Brommer and Sergeant Jacobs posted NO PARKING notices along Locust Street this afternoon in preparation for tomorrow evening's Mardi Gras Parade. The theme this year is "Story Time." The parade starts at 7 p.m. 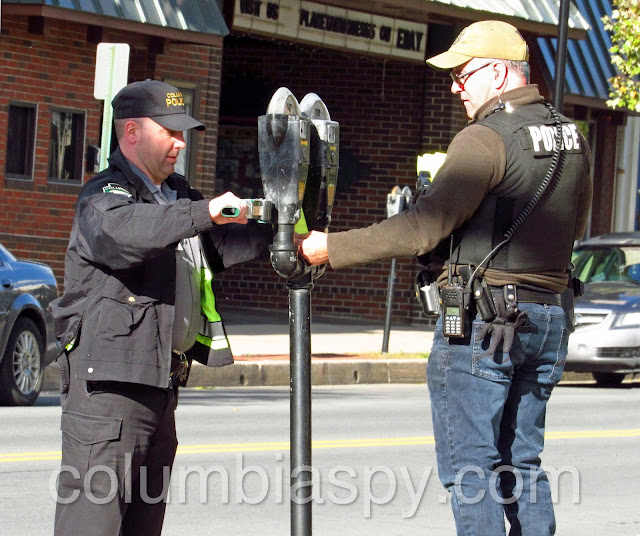 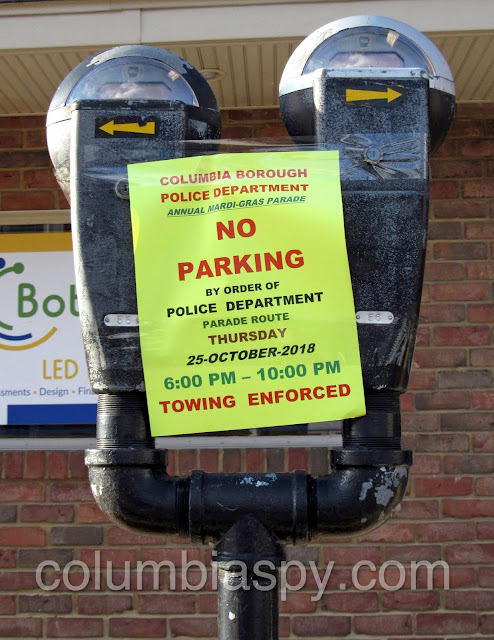 According to a Columbia Borough Police posting:
The 2018 Mardi Gras Halloween Parade will commence in Columbia on Thursday, October 25, 2018 at 7:00 pm. Just a friendly reminder that there will be "No Parking" from the 200 Block of Locust Street all the way to Sixth Street from 6:00 pm until until 10:00 pm. The Parade route was shared a couple days ago. It will start on Manor Street at the Columbia Fire Company and continue down Manor Street to S. Fourth Street and turn west at Union Street to S. Second Street. They will then go down to S. Second Street and turn north and proceed to Locust Street where they will turn right and head east on Locust Street to Sixth Street. Spectators are asked to stay out of the streets and out of harms way. Enjoy the Parade and let's hope for great weather. 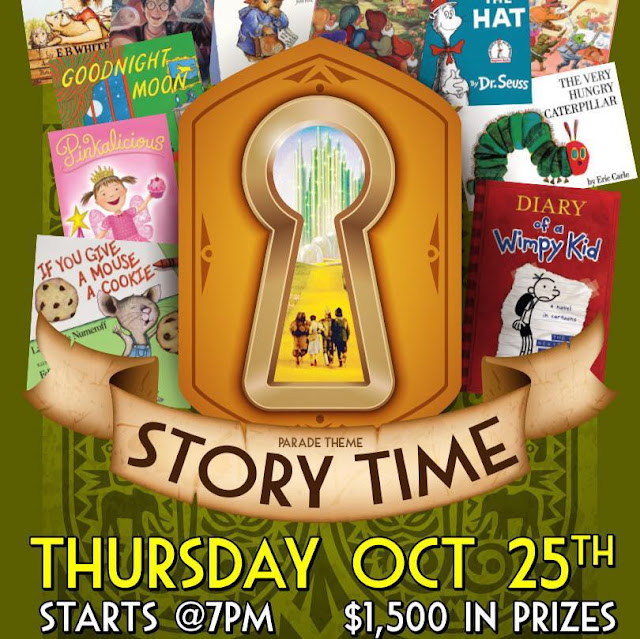