The September 2018 police report is shown below: 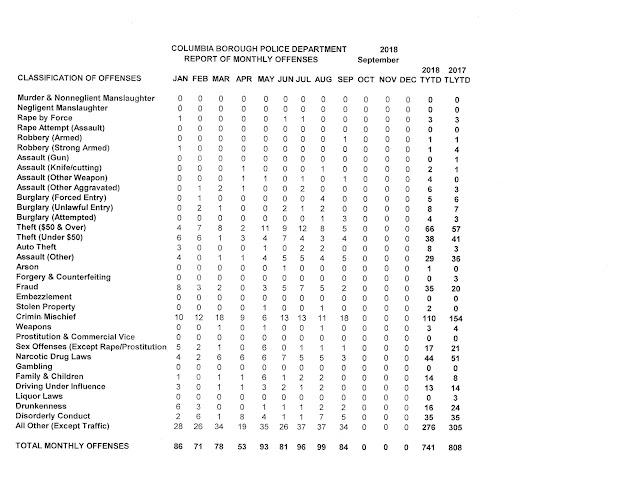 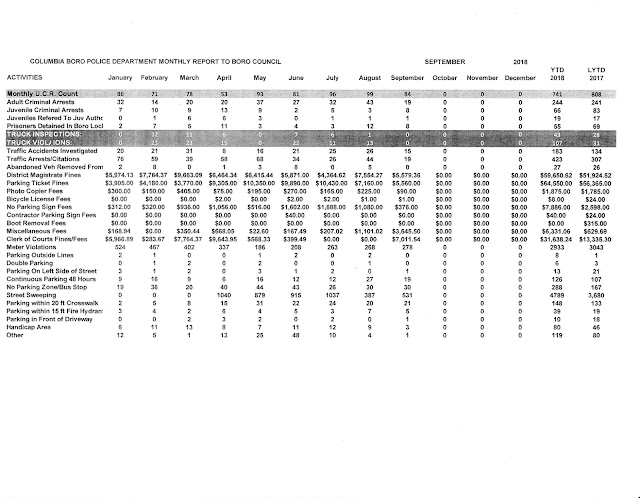 Keep up the work. There is many more that need done

Please continue to focus onthe drugs! Two K-9's would be an amazing addition. It would be safer to have at a bare minimum 3 officers on 24/7.

You have no idea what you're talking about. They did this with no dogs, do the math.

Anyone who doesn't want a dog on the police force has SOMTHING TO HIDE. Columbia is as bad as Lancaster or York for drugs people, a dog is a deterent , it finds drugs , saves officers lives, try to out run a german shepherd and see how far you get!

MATH how many officers did it take ,and the drug tast force also was involved.

Columbia needs a new mayor if he can't see the need for k9s here.

I totally agree with needing a new mayor. Dogs would b great too but Columbia police do a great job with out them

Columbia not only needs a new mayor but some new council person also. Some get what they want using our tax dollars.

We need one or two cops walking with a K-9. Don't tell me there's only two cops on duty, because I ALWAYS see at least three, ALWAYS.