Suspect believed to be crowbar-wielding robber arrested with accomplice 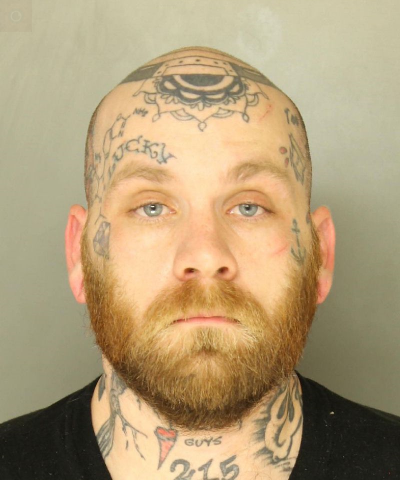 UPDATE - CASE SOLVED: On 9/19/18 the Columbia Borough Police Department arrested Justin McMullen, 34, of Denver (Robbery, Conspiracy Robbery and Aggravated Assault) and Jordan Sherman, 28, of Manheim (Robbery, Conspiracy Robbery) for the Robbery at Fourth and Locust Streets on 9/13/18. McMullen and Sherman were both committed to Lancaster County Prison on $250,000 and $100,000 cash bail, respectively. The Columbia Borough Police Department would like to thank everyone who provided information that led to the timely arrest of these men.

Note: All parties are considered innocent until proven guilty in a court of law.

ORIGINAL POSTING: On 9/13/18 at approximately 3:50am the Columbia Borough Police Department was dispatched to the first block of North Fourth Street for a robbery that just occurred. The victim stated that a white male wearing an orange shirt exited the passenger seat of a late model blue and gray Ford F150 pickup truck with a sunroof and running boards, swung a crowbar at him and threatened to hit him if he did not give him money. The victim did give the suspect an undisclosed amount of money. The incident was captured on various surveillance cameras in the area. The suspect is described as a white male, shaved head, with multiple tattoos. Anyone with information regarding this robbery should contact the Columbia Borough Police Department at 717-684-7735 or text LANCS to 847411.
Arrest Date:

Good job ,get these people off the streets, Columbia police are really stepping up.

please note...these punks are NOT from Columbia.

There were other home invasions in Columbia recently, I'd like to see those solved as well.