K-9 issues and the backstory of Columbia's K-9 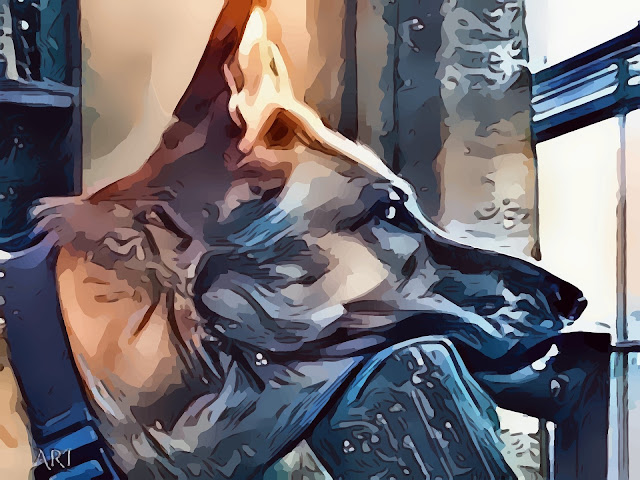 Connie Beury, president of Columbia K-9 Campaign, said the organization had been raising funds for Columbia borough in Lancaster County and the borough police department had acquired four previous dogs through Castle's K-9 in Mechanicsburg.

ugh ... somewhat of an indictment on the training method though:

"Connie Beury, president of Columbia K-9 Campaign, said the organization had been raising funds for Columbia borough in Lancaster County and the borough police department had acquired four previous dogs through Castle’s K-9 in Mechanicsburg. But a few years ago, the mayor and police chief decided to switch to Price for the newest dog.

"Beury said she heard Price trained dogs for prison work, described prison dogs as 'vicious' and 'would not have one or let one near a child.' The dogs that Castle’s provided and trained, she said, were 'gentle babies.'

"Two weeks into training, Beury said, the officer assigned as handler said, 'This is not for me,' and the borough gave the dog to the Lancaster County Prison. The K-9 Campaign group was eventually reimbursed for the cost of the dog.

"Columbia police Chief Jack Brommer said there was no issue with Price or the quality of the dog."

Again thank you mayor lutz for your lopsided decision and now no dog to protect Columbia from drugs etc.......wait till you (mayor) need help and there is no dog . You think kids throwing stones at your truck was bad , hopfully you won't need a dog but if you do like the officers on the force that you say your #1 cop on need a dog to check cars or go into houses . Why don't you go in these places because you are the person who said no dog as long as your mayor and your #1 cop !

Long story cut short - no dog in Columbia's future. Maybe they next officer they hire they should make this a requirement "must be willing to work with the K-9."

i agree. this is BS. this Boro needs at least 2 police k-9's years ago. the drugs in the boro are real bad. easy to know, with the use of narcon to addicts. the citizens MUST speak out! Attend meetings. the decision SHOULD BE UP TO THE TAXPAYING HOMEOWNERS. NOT The Mayor nor the Chief

Make them? If your boss makes you do things you dont want to do. Does it get done right or half ass?? Make is a strong word in the working world

Yup we are the boss of them , but it will NOT happen with lutz as mayor

Actually, if you read job descriptions there are requirements. R Citizen what planet do you live on?

They think that narcon is better to administer than to have a dog to deter these people, this council is (Gerry) rich after the sale of the sewer company but when it is gone what is this bunch of a holes going to do, they will leave the mess they are making to someone else, just like the money pit up keep for out of town people, look at the town , millons of dollars for what, just think what it could do for the town.

way to go Connie, you did a wonderful job for the boro. police dept. and the community! sorry it is no longer used, even though it is needed.

Thanks to the mayor the k9 campaign donated over $50,000 to over police forces to help with there dogs, the campaign paid for every thing for the dog including the release on the police car and the decals on the car, all the tax payers paid was the officers wages. Food, equipment , training and every thing else the campaign paid for till the mayor got a bug up his butt. BUT THE MONEY PIT GOES ON , another thing that makes tax payers go Hum.

Why does the chief have a part time job doing security out of town????

Mayor Lutz Thank you for rt441 bypass, Please park legally and you will get more respect , even kids see the double standart you show daily.

Do as I say not as I do. just put YOUR quarters in and shut your trap.