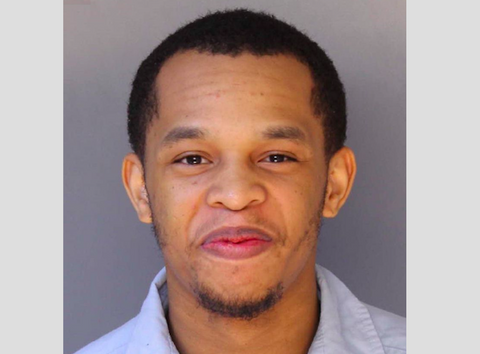 Randy Cornell Howard, 22, of Columbia was sentenced to 5-12 years in a state correctional institution today after pleading guilty to his role in a 2017 "wolf pack" attack on a Columbia man. Sporting short dreadlocks, dark green prison-issued "scrubs" and peach-colored "Croc"-style shoes, Howard stood beside his attorney, Randall Miller, as Judge Donald Totaro detailed the terms of the plea.

Howard was convicted of aggravated assault and criminal conspiracy/aggravated assault, both first-class felonies. He was sentenced to 6-12 years and 4-8 years, respectively, plus fines and costs. The first charge carries a recommended minimum of 60-78 months, and the second, 60 months. The sentences are to be served concurrently. Under the terms of the plea agreement, his right to appeal is limited and he is ineligible for early release. In exchange for the plea, the Commonwealth will not invoke a "second-strike" mandatory sentence of 10-20 years. (At the time of the attack, Howard was on state parole for a botched robbery attempt in 2014.) Howard is prohibited from contacting the victim or the victim's family. Assistant District Attorney Andrew Gonzalez prosecuted the case.

The charges were originally filed against Howard for his participation in a wolf pack attack on a Columbia man who was 61 years old at the time. In the early morning hours of September 3, 2017, the man was awakened by a loud and disruptive group of men on the 600 block of Walnut Street. When he approached and asked them to be quiet, they attacked him without warning, knocking him to the ground where he was repeatedly punched and kicked. He sustained potentially life-threatening injuries in the attack, including an enlarged spleen, a closed fracture of the right eye orbit, a maxillary sinus fracture, concussion, and contusions. Howard's accomplice, Shakim McIlwain, was convicted on March 1, 2018 for his involvement in the attack. Judge Totaro oversaw the case. He was later sentenced to 4-10 years in prison.

Totaro told Howard he had viewed a video of the attack recorded by a nearby surveillance camera and found it "very troubling." He said Howard could and should have walked away, especially considering he had been in prison before. Totaro said he didn't understand why he didn't do so and speculated on whether it was because he was drunk or on drugs or just "a nasty person." Totaro verbally recapped the crime and detailed the resulting injuries suffered by the victim and asked Howard if he was remorseful. Glancing back toward the victim's family, Howard said yes, adding that he had apologized to the victim's wife the day after the attack. Under questioning by the judge, Howard admitted he took the plea deal to avoid a trial. Attorney Miller told the judge that his client has had no reports of misconduct and asked for credit for time served as of March 15, 2018 when he was apprehended by police after being on the run for six months.

Totaro emphasized that the plea deal was Howard's best option; otherwise, he could have served up to 40 years if he had been convicted in a trial, in which case the sentences would have been served consecutively. Totaro reminded Howard that he had been on state parole from the 2014 offense at the time of the attack and that he could still be penalized for that, too. He told Howard, "You're wasting your life in state prison."

Glad to hear was sentenced but really deserved the 40 years!

Let some citizens in with him for 5 minutes to teach him what that man went threw after the beating.

Never judge someone for what you're reading and don't assume the actions were his because he pled guilty. The internet doesn't teach you who someone truly is.. remember that.