The Columbia High School Athletic Hall of Fame will hold its 11th annual induction and reception on Friday, Sept. 7 when the Crimson Tide football team entertains Section 3 rival Donegal. A reception for the Class of 2018 will be held in the high school cafeteria beginning at 5 p.m. The induction ceremony will take place at halftime of the football game. Kickoff for the football game is 7 p.m. The public is invited to attend both events.

Those to be inducted into the Hall of Fame include a former college president, a state championship team, a PIAA runner-up, a four-sport standout, college All-American and longtime CHS teacher, spanning the years 1948 through 2012. The inductees are: Jerry Afari (2003), Michael Burke IV (2012), Joe Fry (1975), the late Charles Reinhart (1964), Dr. Frederick Sample (1948) and the 1975 PIAA Class B track and field championship team. Here are brief biographies of the inductees: 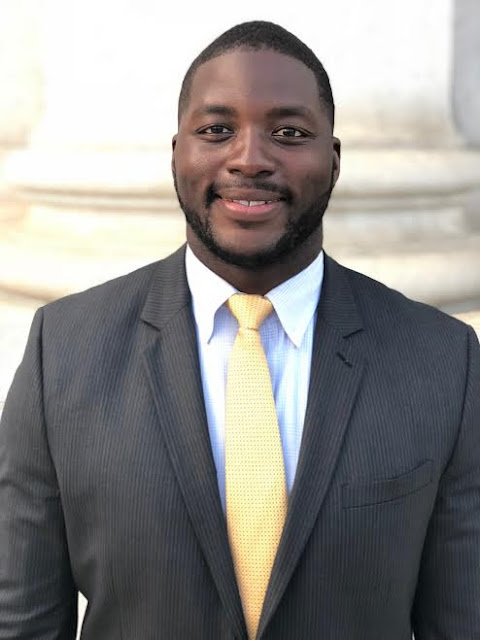 AFARI: A 2003 graduate, Jerry Afari won nine letters in football, wrestling and track. In football, Afari started three years at linebacker and one at fullback. He was a first team selection at linebacker for three years, Linebacker of the Year in 2002 and third team All-State as a linebacker in 2003. On the mats, Afari was 105-16 and recorded 66 pins. In 2002, he set a school record with 117 takedowns. He was a first team All L-L League selection and in 2002-03 he was a Lancaster-Lebanon League and Sectional Champion. In 2003, Afari was also a District Three and Regional champion and finished second at the PIAA Class AA championships in the 215-pound weight class. In track, he participated in the 400 meter run, 300 hurdles, discus and 400-meter relay. Upon graduation, Afari received a wrestling scholarship to the University of Maryland where he was a four-year starter and team captain and a third place finisher in the Atlantic Coast Conference Tournament. Currently he lives in Maryland and is a Detective with the Washington Metropolitan Police Department. 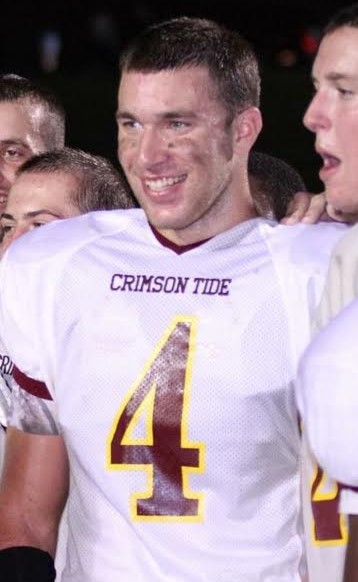 BURKE IV: A 2012 graduate, Michael Burke received 10 varsity letters in football, basketball, baseball and track. In football, Burke was a three-year starter where he was a wide receiver, kirk and punt returner, safety, outside linebacker and punter. As a senior, Burke IV gained 1,673 all purpose yards and scored 18 touchdowns. For his career, Burke caught 181 passes for 2,662 yards and 32 touchdowns. He also rushed for 459 yards and six scores. On defense, Burke IV had 160 tackle, 10 sacks and six interceptions. He was a team captain of the 2011 District Three championship team. He was Columbia's Offensive Player of the Year ajd Triple Effort Award winner in 2010 an 2011, first team Section Three Defensive Back (2011) and Wide Receiver (2009-11) and Section Three Receiver of the Year (2010 and 11). He was named to the Pennsylvania Football News All-State team and Pennsylvania Small School All-State team and Mini-Maxwell Award winner. In basketball, Burke IV was a team captain, first team Section Four All-Star and participated in the East-West All-Star game in 2012. Burke IV played baseball for three years and hit .400 with 11 home runs. He was a first team All-Star in 2011. As a senior, Burke IV switched to track and qualified for the District Three championships in three events, the 100, high jump and javelin. He was eighth in the high jump and won the District Three Class AA championship in the javelin. Upon graduation from Columbia, Burke IV received a football scholarship to Villanova University, where he played 29 games and caught 37 passes for 460 yards and scored three touchdowns and was a special teams captain. He currently lives in Philadelphia and works as a financial advisor. 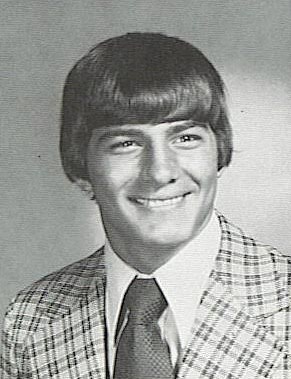 FRY: A 1975 graduate, Joe Fry won three letters in football and three in baseball. In football, Fry played defensive back, wide receiver, tight end, halfback, and was a kick returner and punt returner. He was a tri-captain in 1974. As a senior, Fry recorded 52 tackles and intercepted five passes. He also appeared in the Lancaster-Lebanon League All-Star game in 1974 and was a first team All-League Defensive Back in 1974 and in 1998, honored as one of the all-time best defensive backs as part of the school's 100th anniversary of Columbia's football celebration. He was a three-year letter winner in baseball as a centerfielder and co-captain in 1975. Upon graduation, Fry attended Franklin and Marshall College where he played four years at defensive back and a punt returner. He had 62 career tackles and returned 48 punts for 388 yards and one score. He also picked off 11 passes. He was a three time College Division All-American and one of seven F&M athletes to receive Academic All-American honors and the first F&M athlete to be recognized as a first team all-star for two years and a Middle Atlantic Conference All-Star.
Fry lives in Florida where he serves as CFO for Famous Tate's and also works for the NFL and Tampa Bay Bucs in the player participation area. 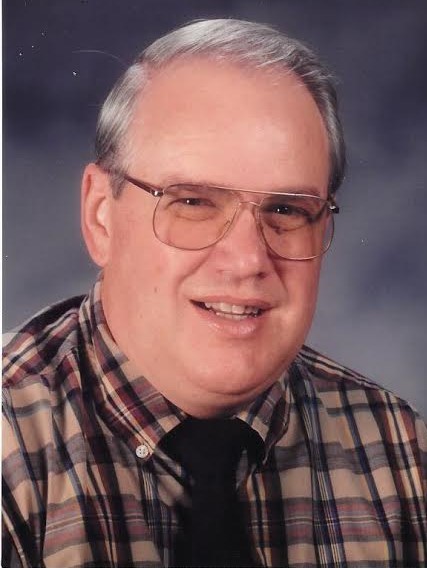 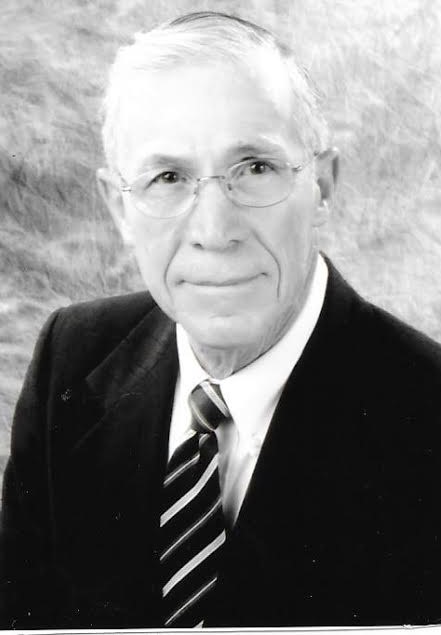 SAMPLE: A 1948 graduate of CHS, Frederick Sample won six letters in football, basketball and baseball. In football, Sample was the first CHS quarterback to run out of the T-Formation and served as co-captain in 1947. On the courts, Sample's basketball teams had a two-year record of 41-5 and were Section champs in 1947 and Section and League champs and District Three runners-up in 1948. He was a catcher for the baseball team. Upon graduation, he attended Lebanon Valley College where he played football and baseball. Upon graduation, he served as a football coach, teacher, principal and school superintendent before serving as President of Lebanon Valley College from 1968-1984 where he received the Distinguished Alumni Award in 1987 and was inducted into the LVC Hall of Fame in 1988. 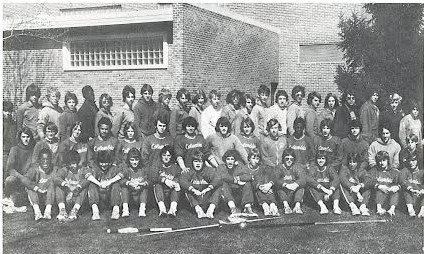 1975 TRACK TEAM: Coached by Jack Yohe and Les Schoelkoph, the Tide finished the regular season with a 6-2 record and traveled to Penn State for the state meet where they were involved in a tight team championshp battle with Solanco. State qualifiers were Mike Keiper (high jump and pole vault), Scott Zeamer (100, 200 and 880 relay), Neal Howard (300 hurdles and mile relay), Rick Bowers (mile relay), Paul Meshey (880 relay and mile relay), Terry Proctor (880 relay and mile relay), Oscar Plowman (880 relay and mile relay) and Bob Holdsworth (triple jump and long jump). In the 880 relay, the Tide team of Plowman, Proctor, Meshey and Zeamer reached the finals of the event but were disqualified. Holdsworth advanced, made the first cut in both of his events while Howard missed the finals in the 300 hurdles. Keiper brought home the gold in the high jump with a leap of 6-7.75 and also finished fourth in the pole vault with a jump of 12-9, which was big in the Tide's pursuit of the team title. Zeamer won the Tide's second gold in the 100, finishing just ahead of the four second place finishers. The team title came down to the mile relay and the team of Bowers, Proctor, Meshey and Howard pulled out the win, coming from behind in the last leg to win the gold. That gave the Tide three gold medals, tied with Solanco but Keiper's fourth place finish in the pole vault was good enough to give the Tide the state team title. Committee members are Jim Smith, chairman; Karen Kuhn, secretary; Jeff Deascenti, Mike Burke Jr., Jack Yohe, Mark Wisler, Don Arndt, Brandi Gambler, Abby Smith, and Barry Ford.