Questions about regulations for the borough's public parking lots were raised but not fully answered at the August Public Property & Public Works Committee meeting.

A resident told the committee that his car was ticketed recently when it was parked in the public parking lot at the bottom of Locust Street, even though it was registered, insured, and inspected. He also said two vehicles belonging to a neighbor were towed from the lot. He said his vehicle was ticketed for violation of the so-called "48-hour rule" regulating parking in the borough, although there is no sign posted with regulations for the lot. He said he regularly parks there to allow neighbors curbside parking and has done so for years, and was surprised at being ticketed. "There's no precedent for it. None," he said. Currently, there is no borough ordinance regulating parking in public lots but there is one regulating parking on highways and streets. That ordinance states, in part:


"No vehicle, including boat trailers, camp trailers and any like devices, shall be allowed to remain parked on any Borough highway or street for a period longer than 48 consecutive hours. Moreover, when such a vehicle is moved, it shall be moved no less a distance than twice its own length." 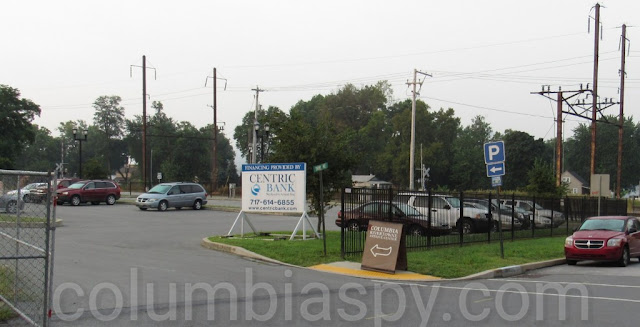 The public parking lot at the bottom of Locust Street

Committee members and officials could not definitively state that the ordinance covers parking lots, and Mayor Leo Lutz said a sign needs to be posted at the Locust Street lot. Borough Manager Rebecca Denlinger said the ordinance and signage need to be looked at, also.

When questioned about parking at Columbia River Park, Lutz said the 48-hour rule does not apply there for vehicles with boat trailers, because those vehicles are used in conjunction with the boat ramp and the park is regulated by and was paid for (in part) by the Pennsylvania Fish and Boat Commission. "They can come from West Podunk and park there every week and no problem," he said. Boaters who camp on the river islands leave vehicles with trailers in an assigned, or "restricted," area for days and even weeks at a time without being ticketed. However, vehicles without trailers that are parked in the restricted area are routinely ticketed by borough officers. It is unclear why officers are authorized to ticket, if Fish and Boat Commission regulations apply there, as Lutz has suggested. There is, however, a borough ordinance that may grant the borough that authority. It states, in part:


"...parking zones or parking places for the exclusive use by vehicles with trailers only at the parking areas designated for the River Park in the Borough of Columbia as said property is described in an agreement by and between the Borough of Columbia and the Pennsylvania Fish Commission dated September 9, 1968, and no vehicle, other than a vehicle with a trailer, shall at any time be parked at such space so designated. " 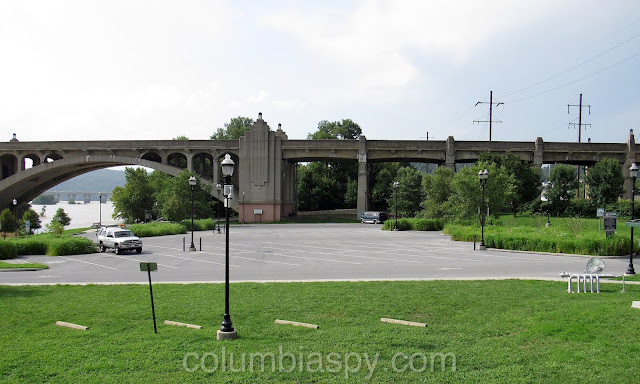 Columbia River Park. The parking area shown above is for vehicles with boat trailers only, from Memorial Day to Labor Day.

After Labor Day, any vehicle may park in the restricted area, not just vehicles with trailers. It is unclear if those vehicles will be governed by the 48-hour rule and be ticketed. At any rate, the borough contradicts its ordinance by relaxing the parking restrictions, since the ordinance states: "no vehicle, other than a vehicle with a trailer, shall at any time be parked at such space so designated."

Parking regs not enumerated in the pa vehicle code must be posted with signs. 48 hour parking is not a vehicle code violation. The boro had known this for years. If you got a ticket it is invalid. There are also pa vehicle code rules about signs in a pa
Private parking lot. None of the boro lots are properly posted. If you were towed demand restitution. If they refuse sue them. Im tired of the ignorance of the laws displayed by boro officials!

How can Columbia ticket ANY car or truck when the mayor parks illegally every time he is at the town hall, whether he is at a unpaid meter or to close to the cross walk (20 feet) ?????

How can someone go to the island with someone with a boat????

Mayor says DO AS I SAY NOT AS I DO, I am to old to lead by example, so you just put quarters in and shut up or the parking people will get you..