Bricks for military personnel are still available - Deadline is October 1 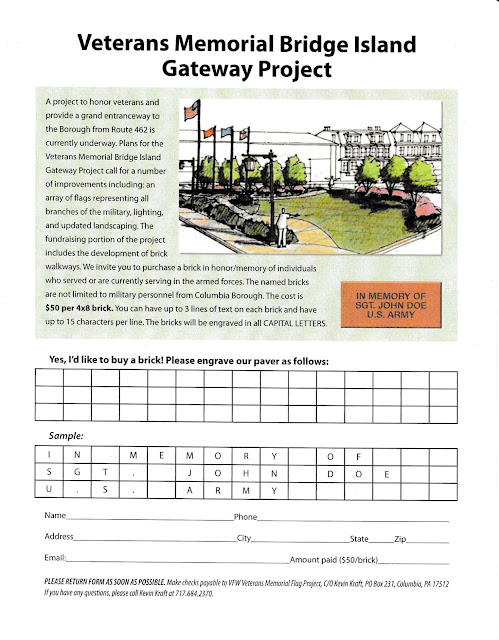 A second install of commemorative bricks at the Veterans Memorial Bridge plaza is scheduled for this month. The deadline for this install was July 2.

A third install is slated for November. The deadline for the November install is October 1.

The bricks commemorate those who have served, or are currently serving, in the United States Armed Forces. Military personnel do not need to be from Columbia to qualify for a brick.

The cost is $50 per 4” x 8” brick, each of which may have up to three lines of text, with up to 15 characters per line. Bricks will be engraved in all capital letters and will be placed in a walkway at the Veterans Memorial Bridge plaza to honor veterans and provide a grand entranceway to Columbia Borough from the bridge. 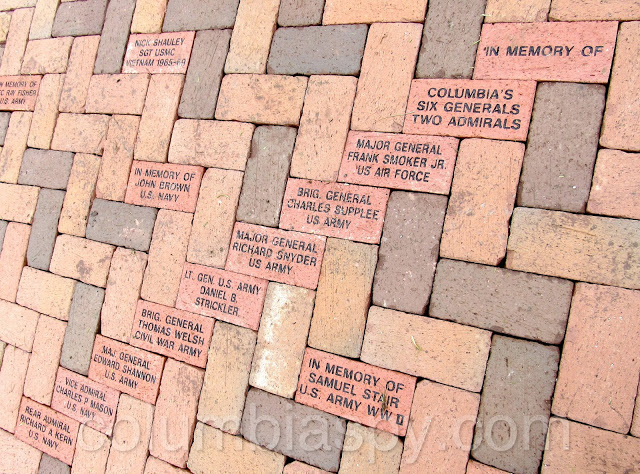 Bricks at the Veterans Memorial Bridge plaza -
These bricks were installed in May of this year. 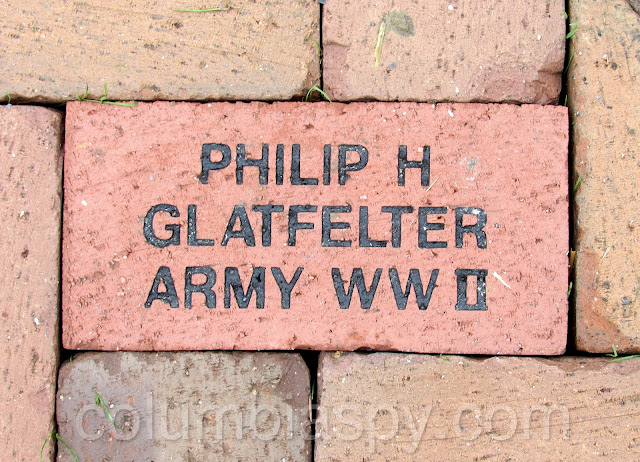 A close-up of one of the bricks

Completed purchase forms along with payment should be sent to: