The river's remarkable rise from heavy rains over the last few days brought news crews to Columbia River Park this afternoon. The river was about three feet above normal at 5 o'clock this afternoon. 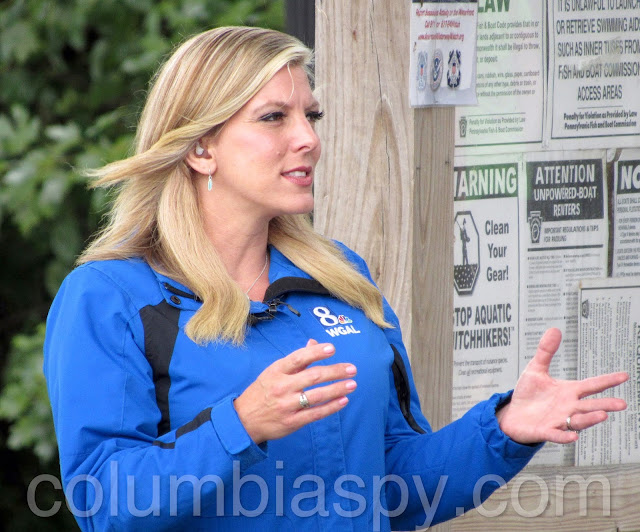 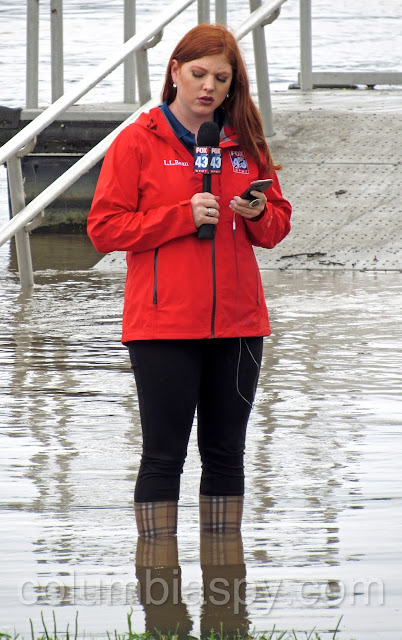 Fox 43's reporter got into it - literally. 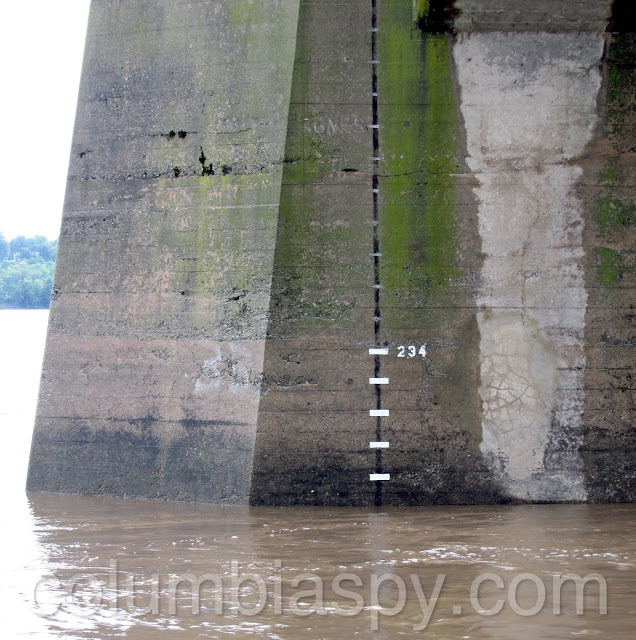 The river level was about two feet above normal this morning. 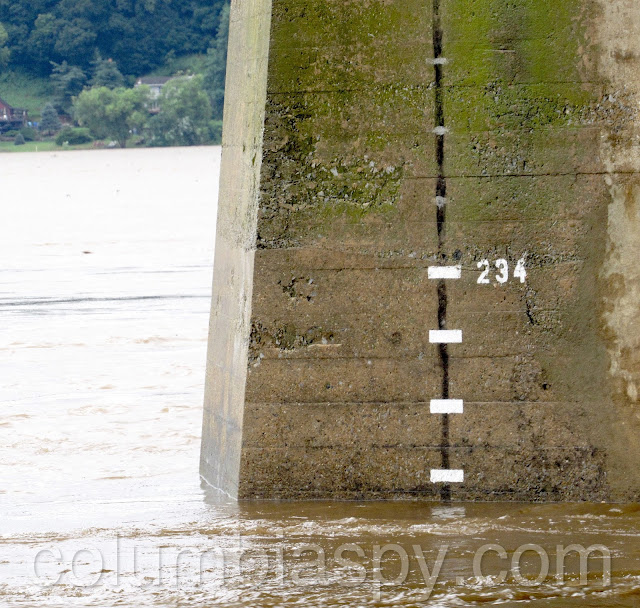 By 5 o'clock this afternoon, it had risen an additional foot. 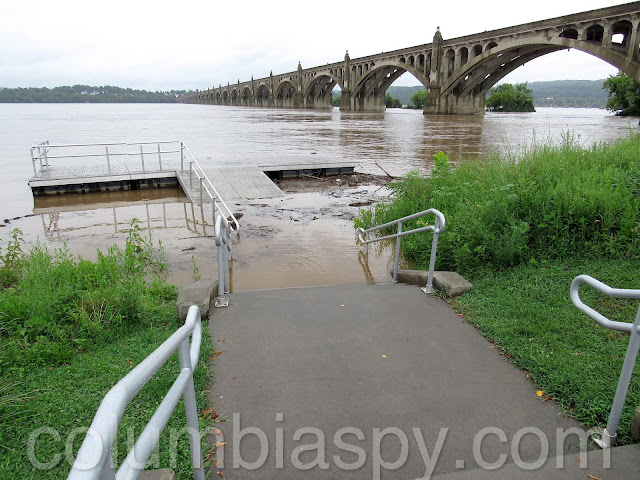 This dock was flooded this morning. 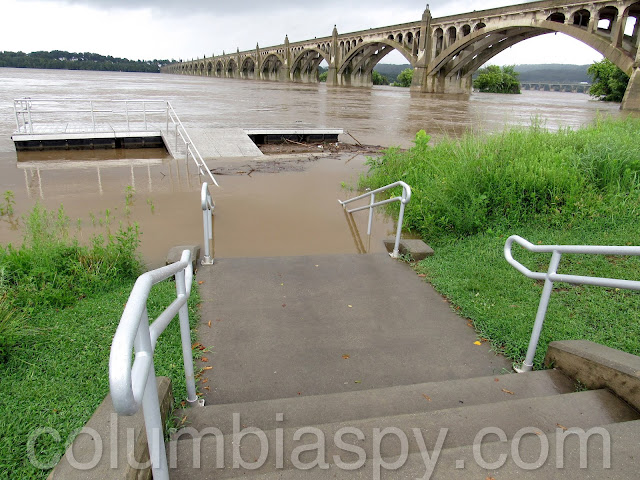 Here's how it looked this afternoon. 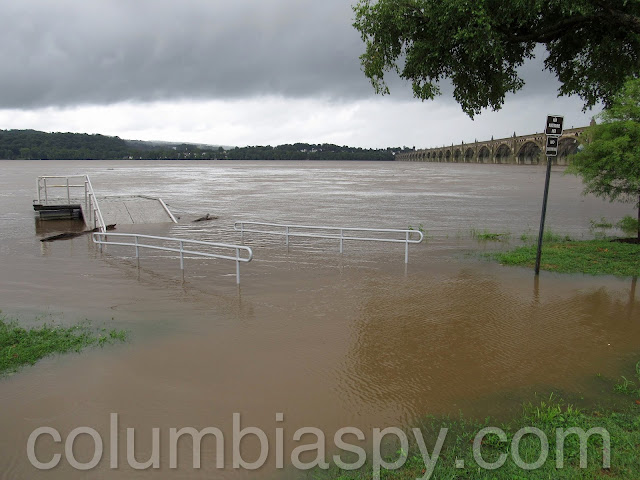 The water continued to engulf this dock, also. 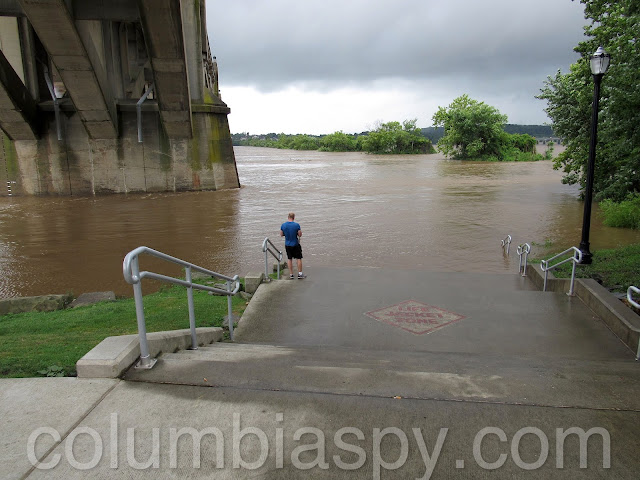 The lower steps at the kayak launch area disappeared as waters continued to rise. 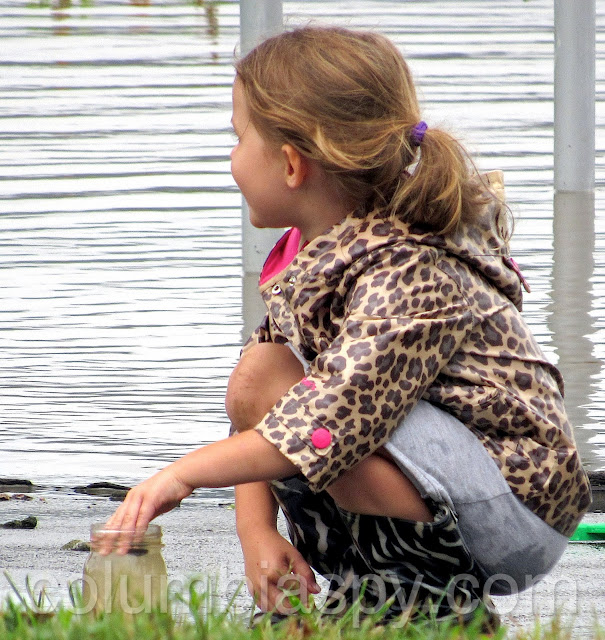 But not everyone was concerned. Some found fun along the river's edge.