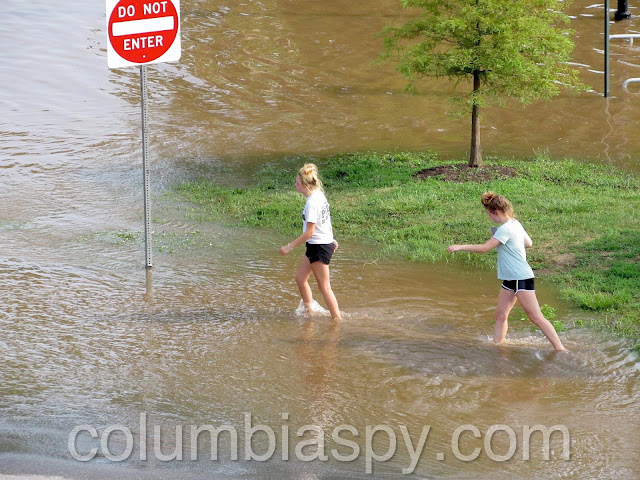 This afternoon at about 5 o'clock, the river level at Columbia River Park was at least a foot higher than it was this morning. Police tape had been moved up to the pavilion to keep visitors safe and prohibit them from entering the water. 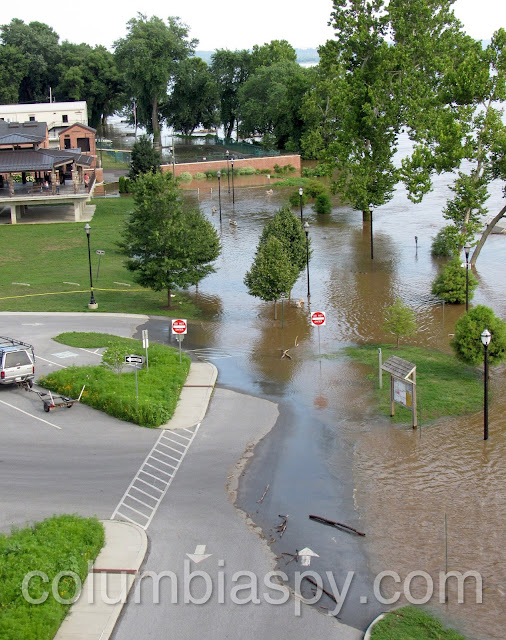 The river had edged its way further up into the park. 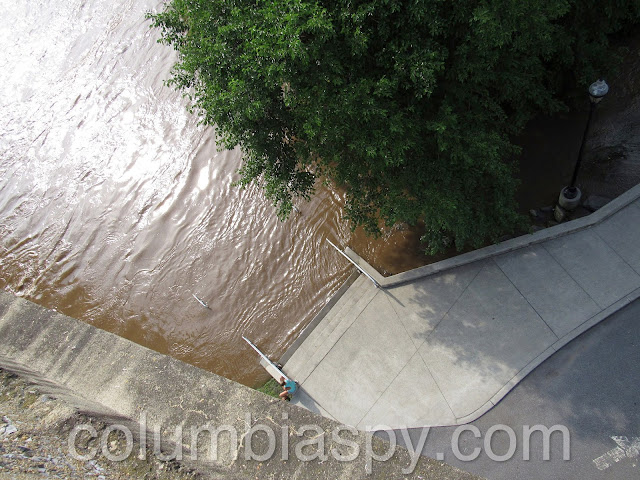 Most of the steps at the kayak launch were underwater. 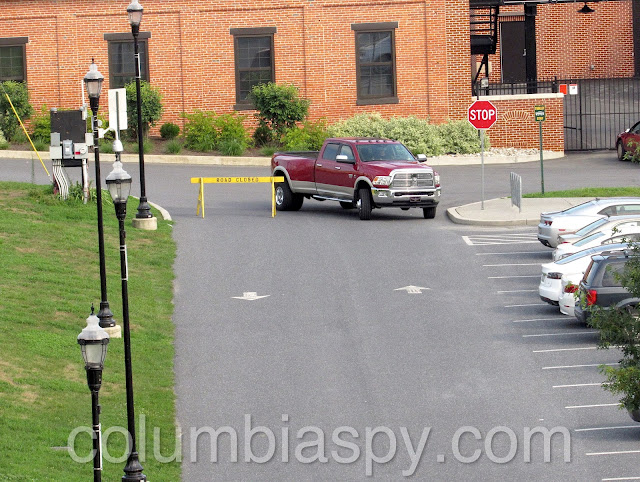 Barricades were set up inside the park and also at the entrance to discourage vehicles from entering. 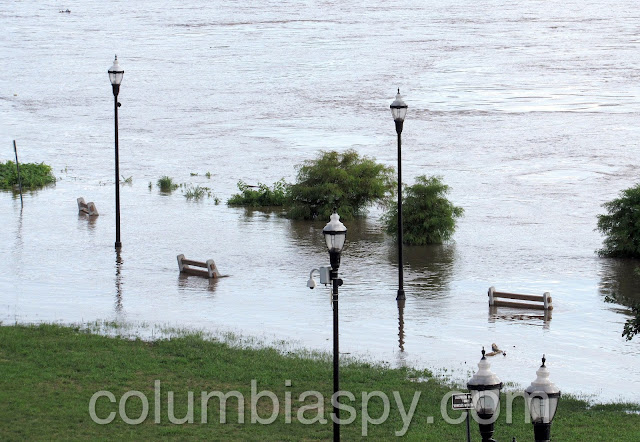 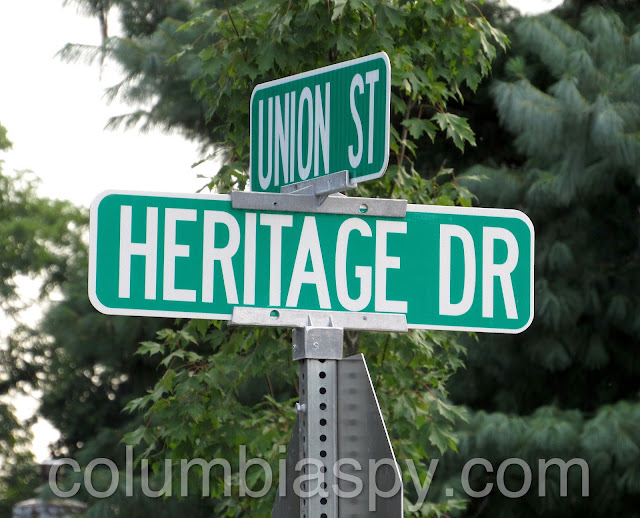 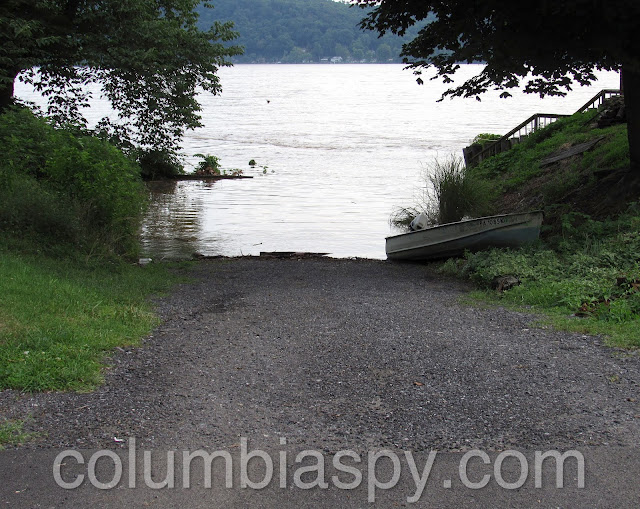 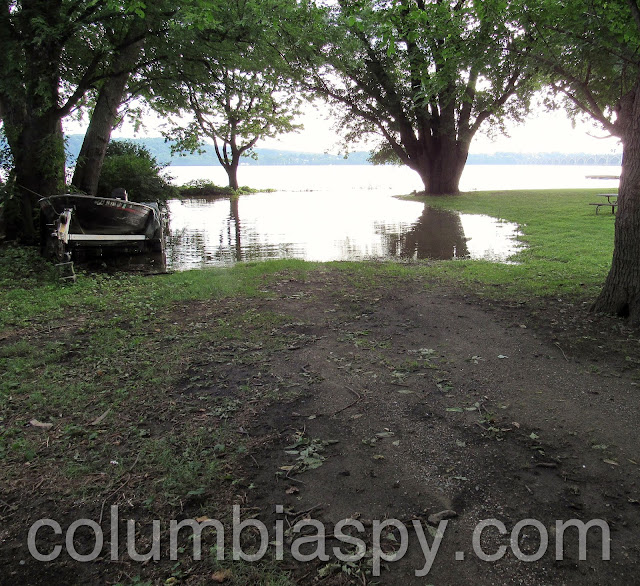 The first block of Locust Street was also flooded.

Great Pictures. Those girls are crazy. Dont they know a young lady was swept away by the raging water. Barricades and tape up and yet people still cross it.

Can you imagine what was in that water from all that crap washing downstream? I hope those girls washed their feet when they got home.