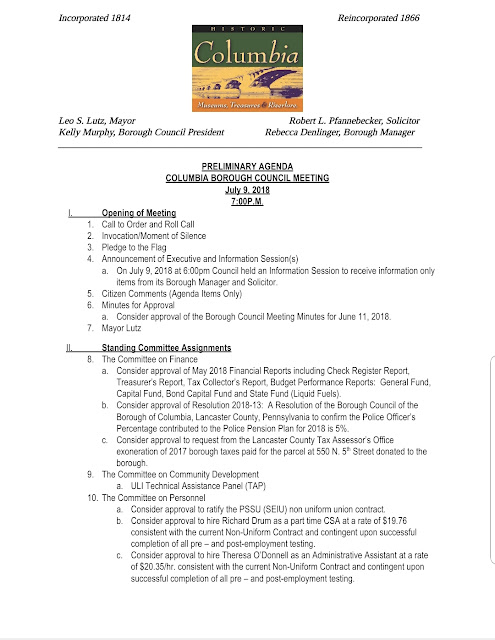 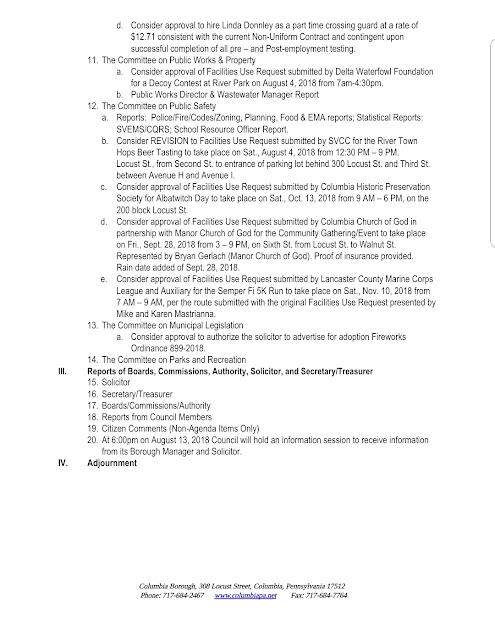 What is a CSA?

Did they advertise that Administrative job or is that another inside deal? I didn't see it.
If the boro manager's can't handle the job why do they take it good money I guess. Our tax money going out of the boro.

We have too much X-TRA money in the Bank so we can afford to hire extra help and spend as we see it.

They need to put a freeze on all hiring.

it means NO MORE DISPATCHERS.....NONE OF THE TIME. is that what we pay taxes for? Not sure why people aren't up in arms over this bs. my guess is because they don't know.

The borough just hired an administrative assistant in February at $20.35/hour. How many do they need?

The council meeting needs to be crowded again like the last time maybe they will soon get the message taxpayers are fed up. But the school taxes are worse for the amount of kids that graduate. Something needs to be done somewhere and NOW.

Regarding the new Administrative Assistant, it appears as if she has worked within the last year for Susquehanna Heritage so it makes you wonder if it was advertised or if they just decided she was going to work for Columbia Borough.

Administrative Assistant (Secretary) was hired a few months ago to replace the one who was moved to police department. The one mentioned here is to replace one who just retired.

Norm said at the last meeting jobs must be advertised and here they go hiring again without doing it.

Yeah, why do we need a local dispatcher? That's what 911 is for.

local is much much better - keep things in house as much as possible just like the school - bury the problems - deep !!

everything is just fine - sit back and take a deep breath !! - it will all work out - if you really don't like things - either run for politics and change thins - or support the locals

NORM IS RIGHT !! - NORM FOR MAYOR !!! - GO NORM !!!! I am sick and tired of local government not following proper procedure. Norm has my vote - and my contribution money if he wants to run a real campaign and actually take office. The BEST thing about NORM - is that LEO actually likes him !! NORM WILL WIN !!

Our Tax money is going in to a great big pull of County and State tax money - and rest assured - more is coming back then going out !! - we just need someone like NORM to make sure it is being done PROPERLY !! , so they don't cut us off and make us the laughing stock of the country

YES - CROWD it out and make sure they don't put us under control of another district ! - we are very capable of dealing with our own problems.

we are sooo lucky that the County and State actually believe and recognize that we are something special !! Thanks to LEO and to MARY for putting us on the map !! At this point - we need to take ALL that we can get !! GO COLUMBIA !!!!

A money pit that local people don't get anything out of but a boat ramp and cost us tens of thousands , this put us on the map ???? ONLY IN YOUR MIND.

Norm keep them in line

bury the problems, july 8, yes it does happen here in Columbia more than you would believe .

I wonder if all city employees who work for Lancaster actually live in Lancaster. Or Mount Joy. Or Reading. Or Harrisburg. Or Philadelphia. You cannot legally require any municipality to only hire residents.

if we create the problems - we can bury them

Amen - Norm is the Future of Columbia