Business owners are pushing back against the borough's key lock box ordinance, which requires all places of business to have key lock boxes, commonly known as Knox Boxes, installed and accessible to emergency personnel. The ordinance was passed in December 2017 and gives business owners a year to comply. 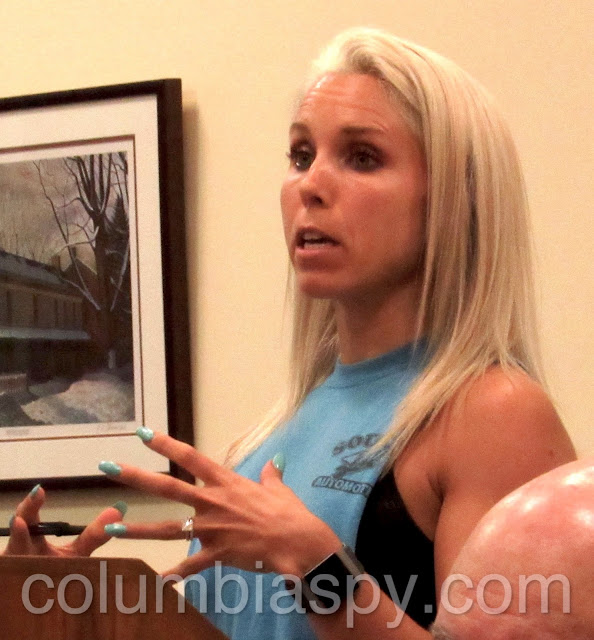 Keena Watson of Soukup Automotive on 7th Street voiced her concerns to borough council about the lock boxes at the July council meeting.

Watson told council that she believes the ordinance does away with her right to choose what is best for her business. "Putting a key on the outside of my building is taking away my right to decide who is able to access my building," she said. Watson questioned council about who will be accountable if a lock box key is stolen from a business. She cited an incident in Phoenix, Arizona in which 183 keys went missing and the city subsequently spent $50,000 to rekey all its boxes. She asked if the borough would be responsible for rekeying all the boxes if a similar event happened here, noting that, "If someone has a key, every box in the borough can be accessed by that single key." She noted that if emergency personnel need to break into her business, insurance will pay for a broken door, but not for the installation, rekeying, or maintenance of a lock box.

"There are a lot of issues I feel like we don't have answers for as business owners," Watson said. "And for something that we've poured our heart and souls in, there's a lot of vulnerability for us."

Watson said she has a petition with signatures of 37 local business owners and 12 concerned citizens opposed to the mandatory installation of Knox Boxes but added that some business owners refused to sign out of fear of retaliation from borough officials. "I feel that it is a sad day in Columbia Pennsylvania, in the United States, where a citizen can't stand up for what they believe in, because they're afraid of their government. I think that's sad," she said. 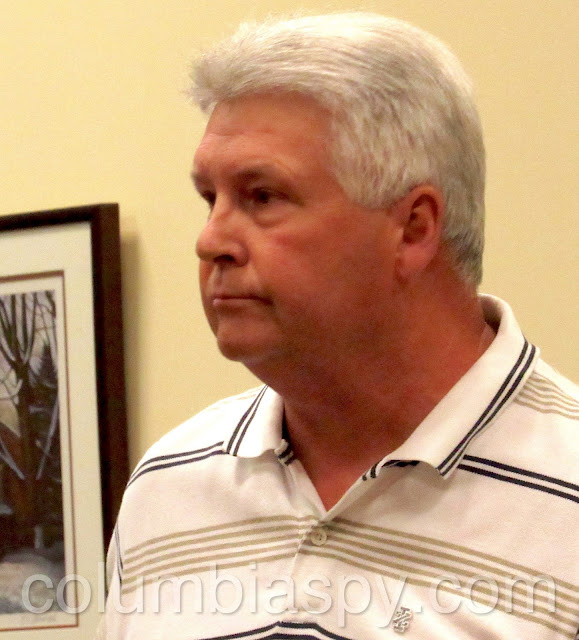 Dr. William Kraft, a Columbia chiropractor, also addressed council about the ordinance. Kraft's main concern was keeping medical records private and secure. He said his practice is governed by federal privacy laws. "A local ordinance is not going to supersede federal law," he told council and warned that a security breach is possible if a box is compromised. "That box, I'm telling you, is a ticking time bomb for professionals like myself," he said.

Kraft said he believes the requirement should instead be optional. He asked council for a show of hands on how many would put a box on their residences. About half of the council members raised their hands. "This ordinance was passed unanimously, but not everyone here on this council is willing to put one on their door," Kraft said.

John Novak, chair of the legislative committee said the issue will be discussed further at the committee's next meeting, to be held Wednesday, August 8, at 6 p.m.
Posted by Joe Lintner at 2:30 PM

If this is a good ideal, then i think ALL rental properties should have lock boxes also!! Its a business as well!!

Actually rentals do have to get them. And I'm sure those renting from the landlord are just as unhappy about this situation as anyone that has to pay $300 for the box!

There needs to be some common sense here. I was in the fire service at the time of the AMP fire in Landisville. In that situation, such a box would have saved a lot of damage. However, not every little business along Locust St and other streets should have to have such a device just because they are a business, especially when entry can be forced simply by the braking of a window or door latch. Such a device is useful and even necessary when considering larger, detached structures, especially those that have no, or very few, windows. Why not set a reasonable minimum square footage and hazardous contents requirement?

why force businesses to do what they don't want to do. How about if they decide to move their business elsewhere it would be a big loss to Columbia

So a fire alarm sounds at your place of business at 3AM are you going to respond to open up for first responders? Are you going to be there within a couple of minutes or would you prefer they just break open a door or window. Then you need to respond to secure your building. Oh and what if the alarm sounds during a heavy snow fall or ice storm...how fast can you get there? Should the fire department volunteers that got out of their comfy beds just let it burn until you arrive?
Or maybe it's simply a malfunctioning alarm...let the volunteers stand around in the middle of the night and wait....hope they don't miss a real call. The Knox Box system is activated by a radio signal usually from the 911 dispatch center. They only send the encoded signal for your business when asked to do so by authorized first responders. Each box has its own unique electronic code to open it. Each box has a key for that specific business. It really is a good idea.

If it's got a computer inside, it can be hacked, period. Common sense tells me to prevent a disaster in the first place. Humans thru history are disaster driven. Work the prevention side of things

There will be a lot of places up for sale, time to get these NUTZ out of positions they hold.

That signal opens the main box in the apparatus ie fire truck. The key inside opens all Knox boxes in Columbia. Your key is in that box. Hope the teenager that opens it from the fire service puts it back and doesn’t forget a broken window or lock is a easy fix. Lost key could be thousands. Let the business owner decide. It’s there business. Wait. I bet there is kick backs for council pockets for this. Laughing from across the river.........

If a business has a fire alarm system that is constantly going off accidentally then they should be required to install a box. Businesses that do not it should be optional and left up to the owner if they want one or not but to force this upon them is just not right!!!!

Not all places have alarms, and where does it stop , rental units (storage units) are a business are they part ? Residents homes ? Maybe Columbia should have paid fire personal if the problem is having them wait if they can't see smoke or fire, we can spend $115,000 to manage the money pit why not have our own people paid for responding??

We have a camera system that DOESN'T work think of the problems that would happen with this and yes the borough would be liable .

If its good for business it should be on every thing down to a garage in the alley. OPEN A CAN OF WORMS there you go.

control....it's all about control...every week you read where the Borough Council has initiated something else, new, that is more control. business owners, fight back.

Locks only keep out the honest.

it sounds to me like most business owners want NO part of this and it SHOULD be their decision. They'd MUCH rather you just break down their door. PERIOD> who in the hell gave council to the right to do ANYTHING they want? a carte blanche???? people, you better go to council meetings. and continue. what the hell does this sound like??? being FORCED to do something

This council has to go , they better look at things from the citizens view, they are jerry rich with the sale of the sewer company , please send the whole bounch packing.

Columbia buisnesses have had knox box for years, snd the citizens of coumbia walk by these buildings over and over and never had a clue what they were, and as far as i know columbia has never had the theft of a key!!! If buisbesses are all against it, sign a paper saying if the fire dept shows up that the buisness gives permission for the fire dept to kick the door down, then see if the insurance covers it,, stop fighting a good system, and let it happen, its a safe way to protect your buisness!

MORE Borough Government meddling in the lives of it's residents & businesses. Between the Council, "old blood" Columbians who'd rather see the Borough stuck in a dead bygone era than grow & evolve with Lancaster County to a School Board that has repeatedly failed our children & tax payers its all about control with these folks in Columbia Borough. Way to go Columbia Borough keep alienating honest residents & business owners with more intrusive overbearing unnecessary ordinances & codes implemented without asking those affected for input first.

A lot of these business in town have apartments above them! All in town "the whole columbia" rental homes or unites should have lock boxes! Why only a few has to have them, be fare about the whole issue!!

Why now! Why wasn't this done way back when!!

Knox Boxes I thought were only needed where a business had reinforced steel doors and metal framing. Places where gaining entry was alot more difficult than a residental door in a wood frame. Businesses usually have very few operable windows or windows without bars. How about large thick tempered glass display windows.

columbia is just a "little lanncaster city" and government thinks that passing law after law changes the attitude of residents. all one has to look at the run down condition of lancaster beyond penn square and look at columbia. it tells you how "progressive" they really are. both dumps.

Who stays there after they knock down the door? That is an uneducated view of the issue. Safety for firefighters too. More firefighter injuries are during forceable entry, breaking the door. There has never been a knoxbox broken open in 40 years. The are UL listed against attack.

If somebody wants to break in to your building - they will find a way in without stealing your lock box key !! Lock Boxes are not a bad idea, however, can someone please explain to me why they have to cost $350.00 for a metal box ? Can't the fire company buy them in bulk and sell them for an affordable price, like $100.00, please !!