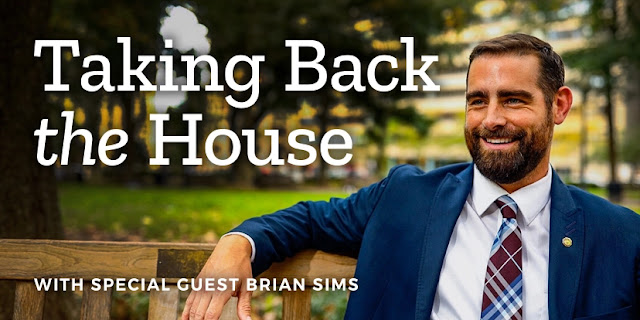 "I'm thrilled to be coming to Lancaster to support Mary," remarked Sims "And I look forward to working with her as colleagues next year as she works to put families first."

Brian Sims (D-Phila) is a vocal supporter of public education, affordable and accessible healthcare, civil rights, ecological preservation, and government reform. He represents PA's 182ndLegislative District in Center City Philadelphia, was elected to the legislature in 2012 and is the first openly gay elected state legislator in Pennsylvania history. Before assuming public office, Sims served as staff counsel for policy and planning at the Philadelphia Bar Association. During his time at the Bar Association, Sims worked with attorneys, legislators and community organizations on issues ranging from gender and pay inequity to environmental regulation.

Tickets for the July 25th event can be purchased at MaryForPA.com/july25 or by contacting info@maryforpa.com.

Mary Auker-Endres is the Democratic candidate for PA's 98th Legislative District, which includes Columbia, Elizabethtown Marietta, Mount Joy, and portions of Londonderry Township in Dauphin County. She lives in Elizabethtown with her husband John and four-year-old son Jack.
Posted by Joe Lintner at 6:12 AM