Man jumps from Route 30 bridge, disappears, then reappears back on bridge

A man reportedly jumped from the Route 30 (Wrights Ferry) Bridge this afternoon, was not located by search crews, but then reappeared on the bridge 40 minutes later.

Emergency personnel responded this afternoon to a report that a man had jumped from the bridge at about 1:45 p.m. Rescue boats from Columbia Borough and Blue Rock Fire Departments deployed from Columbia River Park just before 2 p.m. and scanned the waters near the bridge for about half an hour before returning to shore. A drone was also deployed to assist in the search. West Hempfield Police surveyed the river from the Route 30 bridge and the Route 462 (Veterans Memorial) Bridge, and a York ambulance was on-hand at the park.

No one was detected in the water, although a man matching witness descriptions later appeared on the bridge, according to a source. Reportedly, four witnesses had seen the man jump about ten piers over from the Wrightsville side. (Penn Live reports that by 2:25 p.m., the man was back on the bridge, talking to police, and was being evaluated for injuries.) 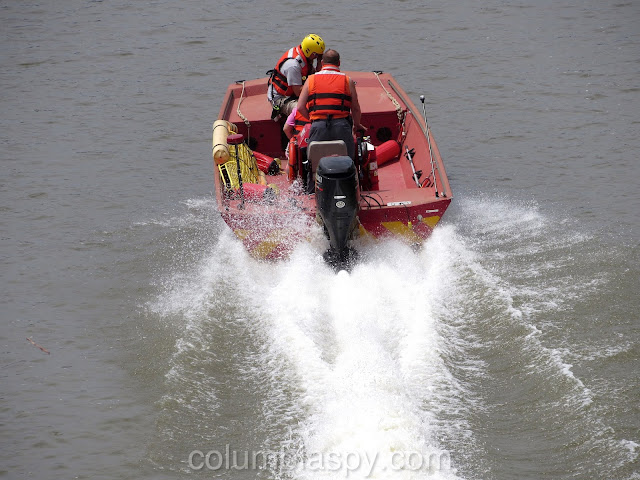 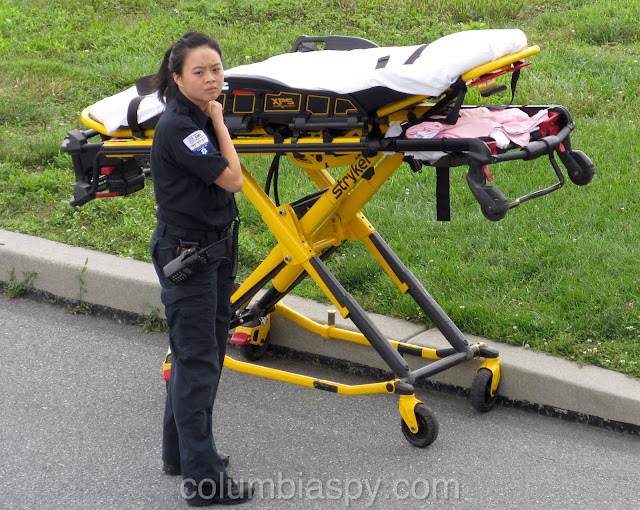 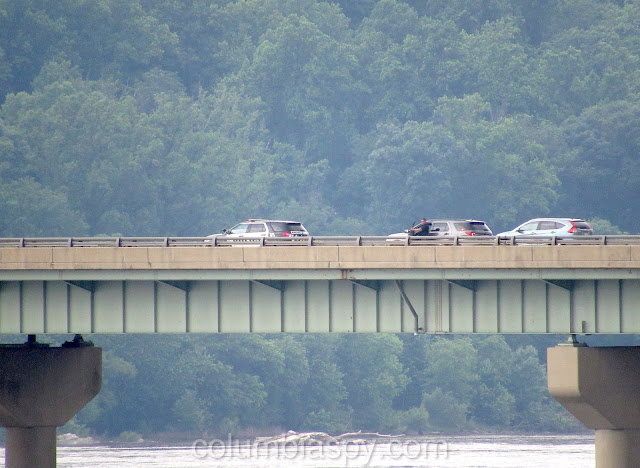 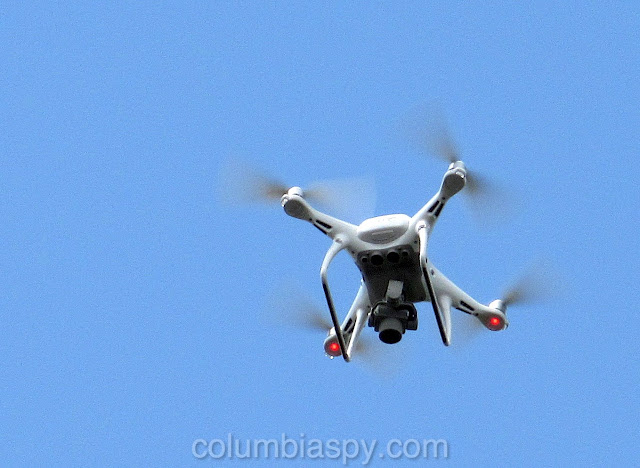 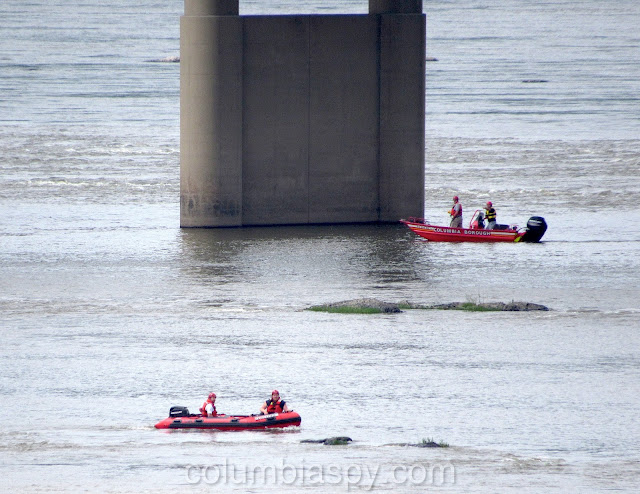 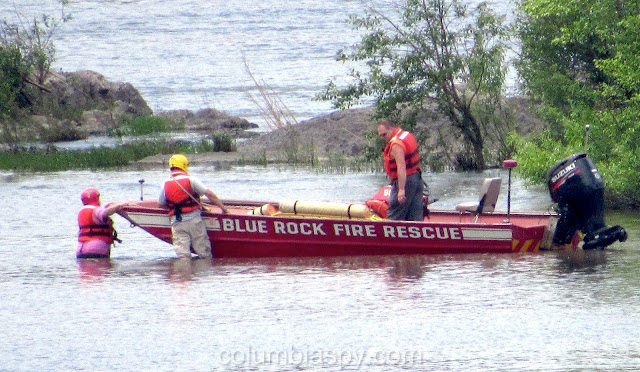 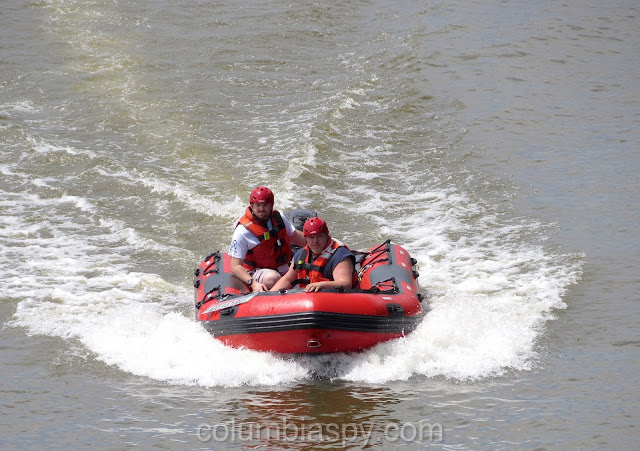 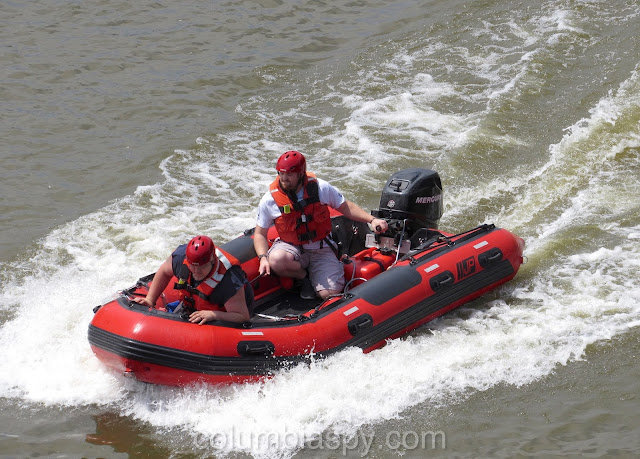 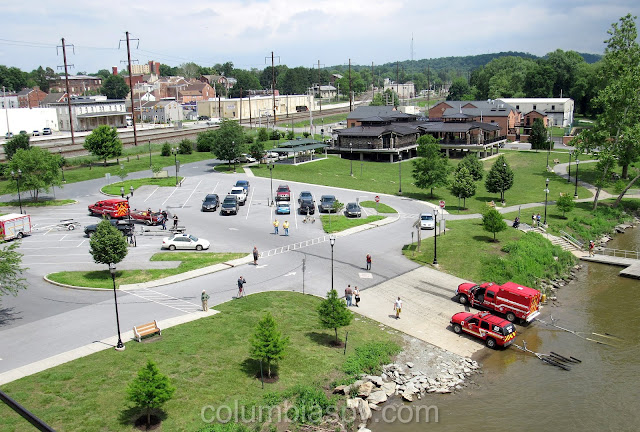 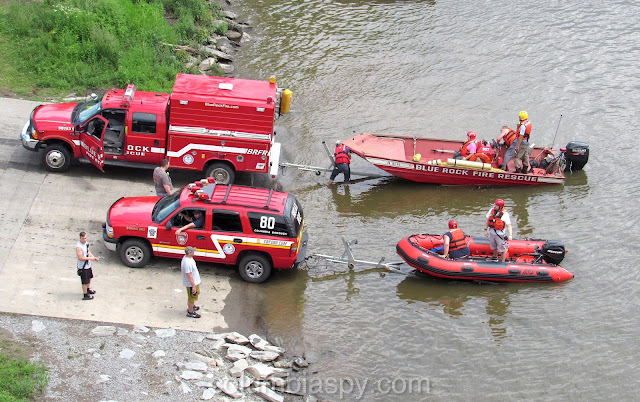 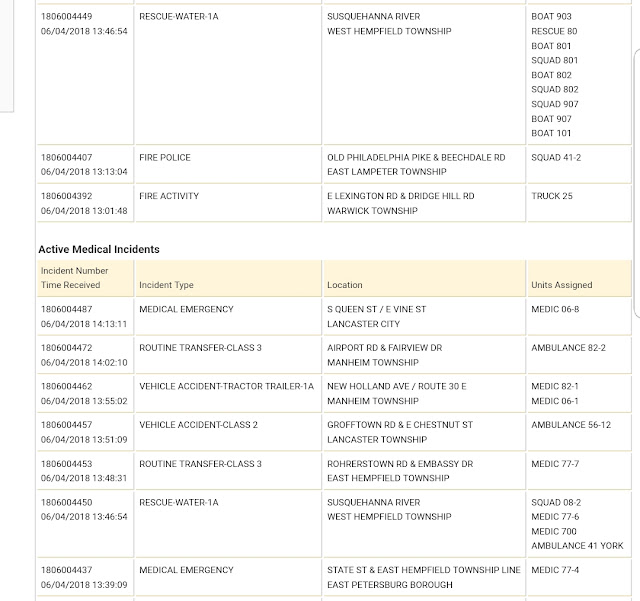 What?!? Jumped and reappeared 40 minutes later?! Definitely more to this story...

That is just strange!

Looks like your not giving credit to all the emergency services that were helping with this incident. Go figure

If this is true that this man did come back onto the bridge he should have to pay for all these emergency response people , they are leaving there jobs to help and don't get paid for this.

If Cole wasn't there, we would have none of this information. Nothing in LNP. Penn Live posted an article and file photo with gross inaccuracies that had to be corrected. Read the dispatch sheet posted with the article to see what emergency responders were present, there's your credit. GO FIGURE.

How is he not giving credit? On the contrary - posting photos of them is a way of giving them credit. Stop tilting those windmills, Don.

I think it belongs to a member of our fire department.

He needs to sell tickets next time. Maybe he can make the Market House disappear?

Great job emergency response people , THANK YOU . A great job to Cole and Sharon too , with out you guys the borough would stay behind its smoke and mirrors and keep citizens in the dark.

Maybe we could use the drone to watch why it takes 2 codes guys in a truck to pick apart houses or at least some houses.

The volunteer services certainly could go after their costs but I doubt they will. Most, if not all, of these outstanding citizens understand the person who jumped is troubled and obviously wanted to end his life. Adding costs onto this mans problems would not help. Hats off to the fine men and woman who donate their time to serve us. My sincerest thanks to all of them.