Sahd steps down as borough manager, Denlinger to take over 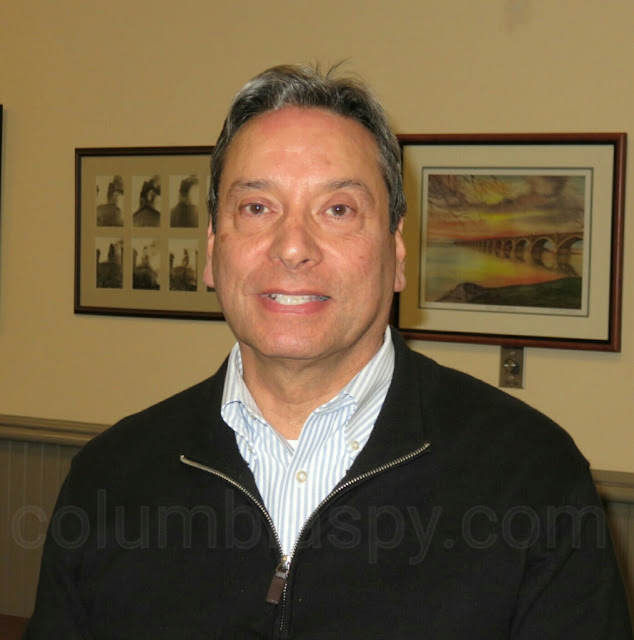 Greg Sahd is stepping down as Columbia Borough's manager and secretary/treasurer, effective this Friday, May 18, to take a job as parish manager at St. Philip the Apostle Church in Millersville. Sahd made the announcement at Monday's borough council meeting. The resignation came as a surprise to many, since he was originally scheduled to retire at the end of the year. Assistant Borough Manager/Economic and Community Development Manager Rebecca Denlinger will take over as interim borough manager until a new borough manager can be voted in, a move likely to occur at the June borough council meeting.

Sahd became borough manager in December 2015 after being chosen from among five candidates. He is a former investment banker and financial consultant and advisor, and was vice president for government banking at Susquehanna Bank before retiring in 2010.

Sahd was county treasurer from 1996 through 2004, and was a congressional aide to then-U.S. Rep. Robert S. Walker. He was also deputy court administrator of Lancaster County and served on the county's Government Study Commission and has worked on numerous political campaigns over the last four decades. 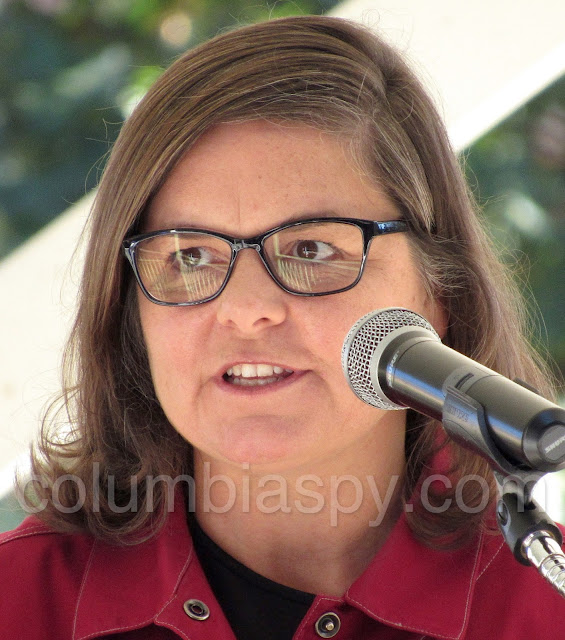 Denlinger previously served Columbia as an independent contractor with her company Rising Tide Collaborative, LLC, in the position of Economic Development Coordinator. She holds a Bachelor’s Degree in Political Science and Economics from the University of Delaware, and a Master’s in Public Administration from Penn State. She has worked with the Elizabethtown Area Chamber of Commerce, Rettew Associates, Inc., and the Lancaster County Planning Commission and has also served as a consultant for Marietta Borough.

I know this isn't the post for this but I'm very curious what others think on this topic. Did you know that all the yard waste bags that are collected go to the farm and sit there on the largest pile of debris. This has been going on for a long time now. Cannot remember the reason we were told. That's alot of bags that's sitting there smoldering growing dangerous molds. Not even sure who would have to come in to take care of that? A mold remediation specialist? I feel that is very hazardous and I cannot believe that is legal? Does anyone know anything about this?

Why do we need 2 boro managers? Get one who can handle the job.

Agree with you. I seen this at other townships that have these programs as well.

Really! For $95K she should be able to handle the job and the pressure.

if you care too know. /the bags are periodically ground up into compost and is spread out in long rows at the boro farm. This material is then sold. ///////this job is done by the few highway workers that do many jobs around town. //////they cannot man this process all the time. ///this is why its called recycling

Who is in charge , who do all these people answer too?

Why wasn't the job advertised ?

If you do not understand how compost works please don't comment.

Indeed. There was a bit of quiet, but here we are.

Some people who make mulch put out dated produces ( milk , ice cream, etc. ) in it to make it rot.

MULCH , ROTTING WOOD , putting it against your house or around your house , can you say come on termits . Think about it..

The group in charge knows best, so there was no need to advertise this position. They have been selecting those that suit their needs, not the needs of the taxpaying public. If Columbia is so great, why doesn't the borough manager live here? It's not her money funding all the projects.

This position needs to be advertised perhaps there is a person who is a native Columbian for this not someone outside taking our money who don't pay taxes. Inside jobs should not be done all jobs should be advertised not hey I work for the boro I can get you a job. AVERTISE all JOBS

It should be turn over every couple of days , but not compacted or fire could be a problem . Grass and pulled weeds should not be there

the borough needs a real manager , one that puts the controller and others in there places , one that knows that they work FOR THE PEOPLE , they are not gods they are to do the best for the town , not a few or for pet prodjects like the money pit! They should listen to the tax payers and stop this over spending , get all personal in line and on the same coarse.

do your homeowrk before you make remarks!
If you don't like the way the Boro is run....attend council meetings every 2nd Monday of the month at 7:00. Yes $95,000 is an awful lot of money to start off. Thank EACH and every one of your Council men and women!!!!

Going to a meeting is a JOKE , waste of time , they don't listen they already know what they are doing.

She started out with the Land Bank getting the boro to buy properties like Lancaster. We are not the city of Lancaster we are a small boro. That's all she says is Lancaster did this or that. While she was asst manager she had 2 other jobs. That is too big of a salary too no wonder our taxes are so high. We have too many code guys also for the size of this town. We need new people in our offices. Also spending money on Janson's Park that is is not the boro's it is kept up by Holy Trinity Church. That's a lot of moeny to check on the parks tood when will all this spending stop?

70,ooo to 95,000 dollars + benifets , Council what is wrong with you people, she is no more qualified , than other town folks , just brings other towns ideas here..

I have been thanking them for pissing tax payer money away EVERY WAY THEY CAN!

If Rebbecca is the manager she has to get the rest of these people under control, they have to answer to ONE manager , the controller is not the manager and saying bad things about tax payers is not the way this should work , she works for the people and should have the best intrestes of the people in every comment she makes or quite or be fired just like private companys. So please Rebecca get this borough under control , it is and has been out of control , and needs rained in and heads should roll. Would this stuff happen in Lancaster ? you all know it would not , so why here , some one needs to get control and now it looks like you are the one . good luck this includes the mayor who is also out of control.

Good luck with that,this group just likes to give our tax money away,fire Helm , he should have been going 10 years ago,and the self appointed controller should be sent back over the bridge to be nasty to her home town people. I bet Wrightsville borough don't make comments about there tax payers like she does about Columbia people. CLEAN HOUSE REBBECCA , GET THE RESPECT AND TRANSPARENTCY BACK IN COLUMBIA BOROUGH OR YOU WILL JUST BECOME ONE OF THEM!