Members of the Columbia Borough Fire Department placed wreaths at several Columbia locations today to pay their respects to military veterans. Ordinarily, they would have done so during Columbia's parade yesterday, but it was canceled due to a severe weather forecast. The fire company did, however, participate in parades in Marietta and Wrightsville today before laying wreaths. Ever on duty, the firefighters responded to a fire call during wreath-laying, which turned out to be a false alarm and units were canceled. Wreaths were placed at the following locations: 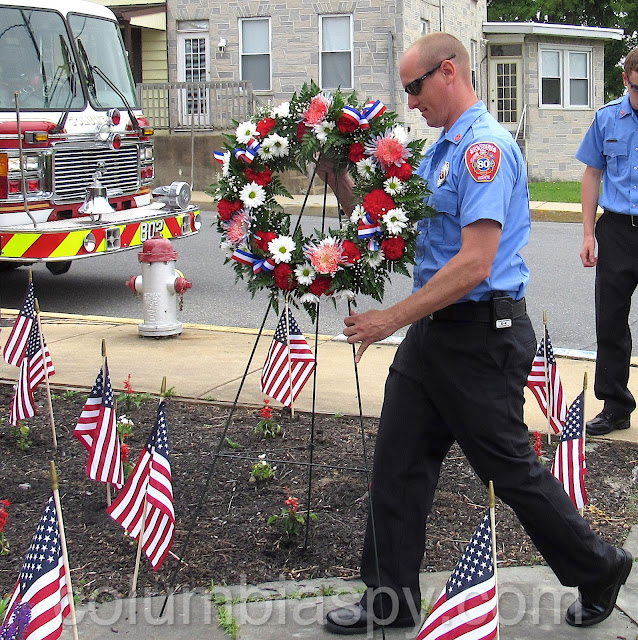 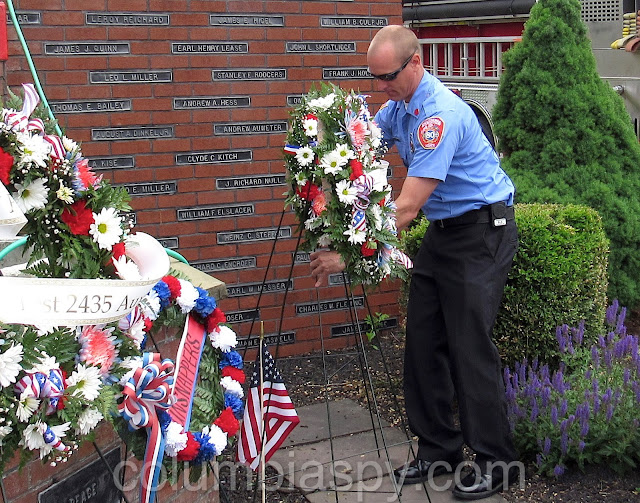 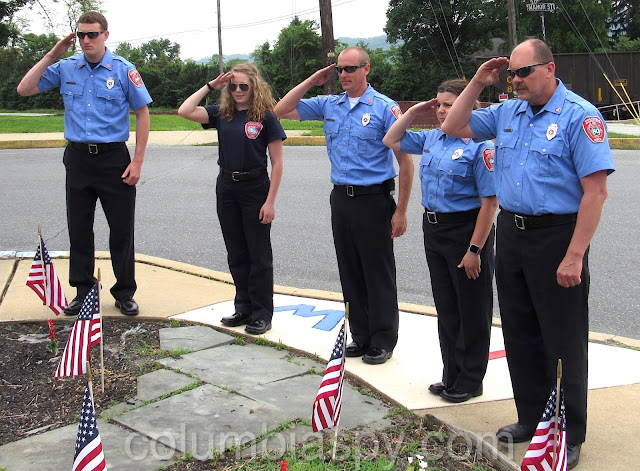 Locust Street Park in front of "The Returned Soldier": 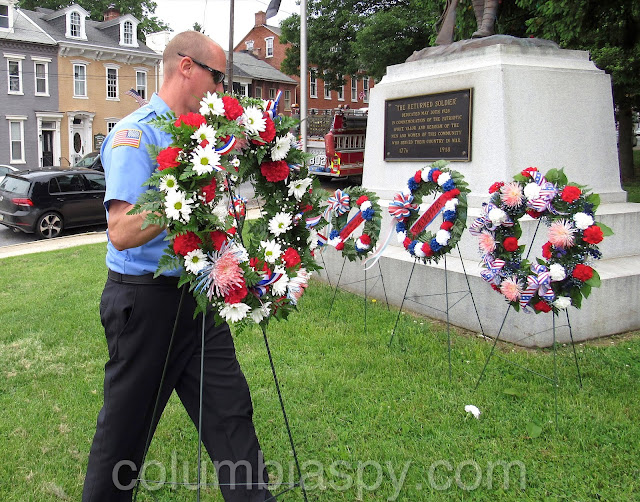 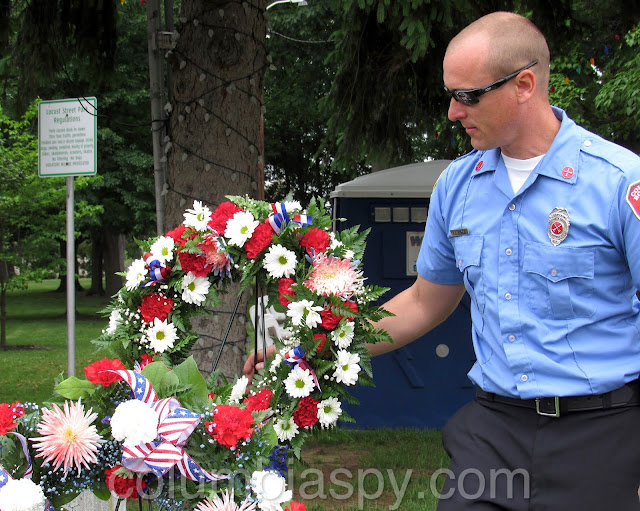 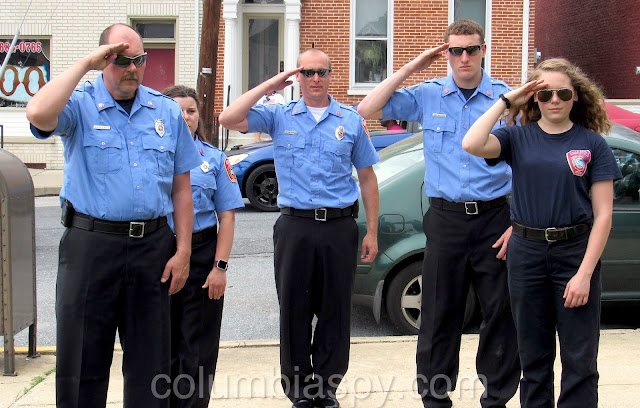 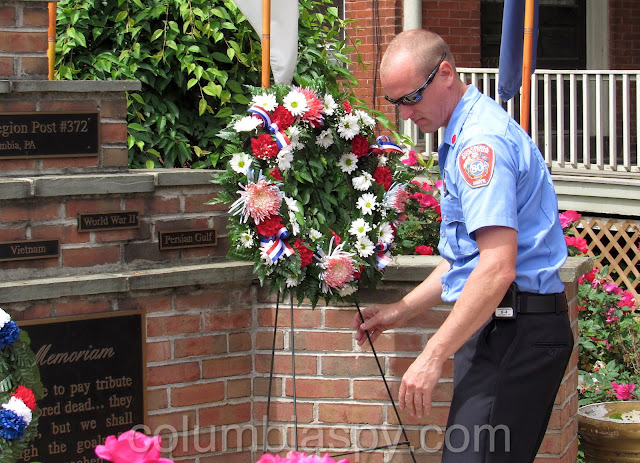 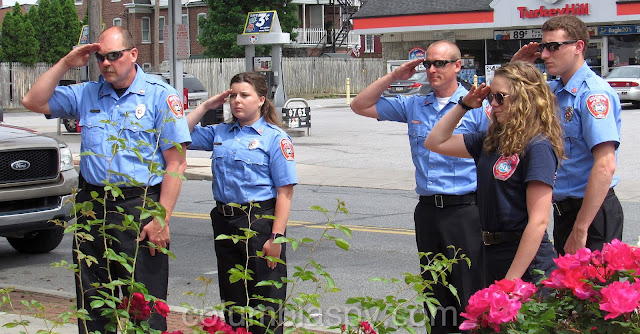 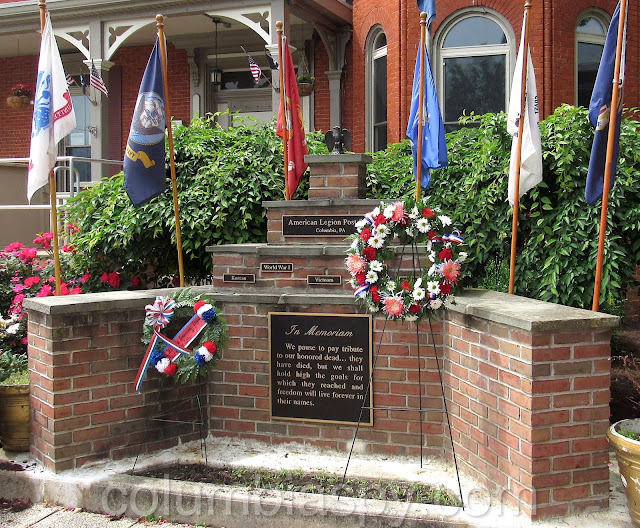 THANK YOU HAMBONES you guys all ways come threw.

Good job by a great group of volunteers at the Fire department. Keep up the true spirit of America. Thank you