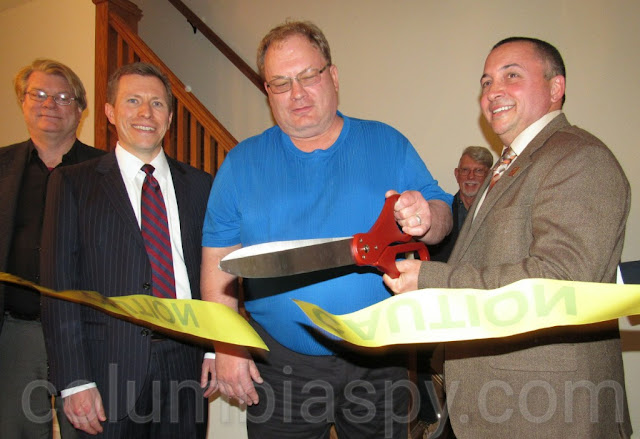 The first completed Land Bank property in Columbia is headed for home ownership this Friday. That milestone was celebrated with a ribbon-cutting ceremony on Tuesday, April 24. Borough councillors, school board members, Land Bank officials and others attended.

The property at 839 Blunston Street was sold to Brookline Builders last fall under a strict "Developers Agreement" listing stipulations for its renovation. Brookline completely rehabilitated/renovated the property, which was recently sold to a private owner for $145,000. Prior to the Land Bank's intervention, the property sat in quiet decay for years after all utilities were turned off in 2006.

Brookline's Jonathan Owens and Kari Eshleman led a team of workers, including independent contractor Fabian Gonzalez, on the project, which began just before last Thanksgiving and took about four months to complete. Eshleman estimated the age of the home at 130 years. She said some of the woodwork she painted is original to the structure. Among many upgrades, the home boasts a couple of exposed brick areas, granite countertops, new appliances, ceiling fans, and central air.

Matthew Sternberg, executive director of Lancaster County Housing & Redevelopment, described the Land Bank concept as a collaboration of the borough, the school district, and the Land Bank, providing a means for remediation of troubled properties. For the first five years after redevelopment, tax revenue will be split 50/50 between the land bank - and the borough and school board. After five years, all tax revenue will go to the borough and board. Columbia Borough is the first municipality in Lancaster County to join the Land Bank.

More information on the Land Bank can be found HERE and HERE. 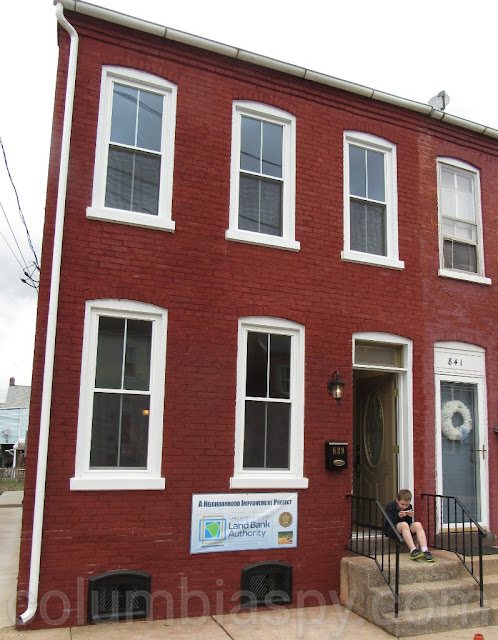 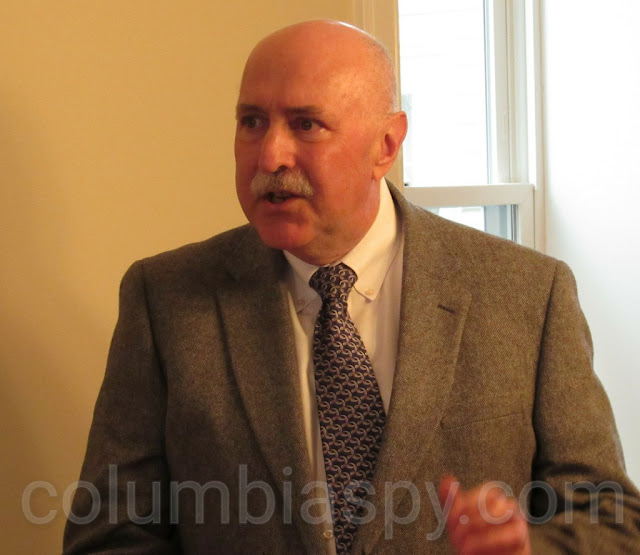 Matthew Sternberg of the Lancaster County Land Bank Authority addressed those present, including borough councillors, school board members, and others. 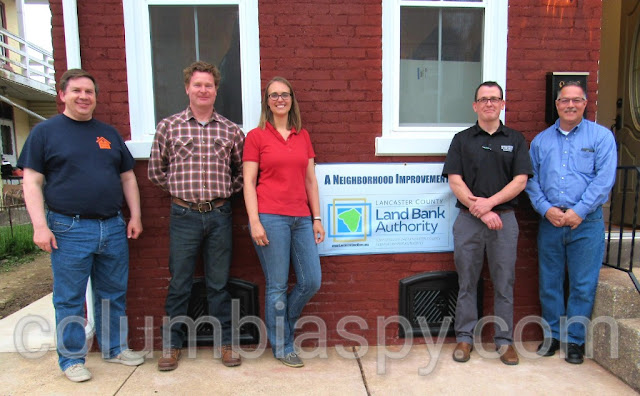 Jon Owens (second from left) and Kari Eshleman spearheaded the renovation, along with Jeff Mohler (far left), Alex Reedy, and Fabian Gonzalez (far right). Mohler helped with financing, Reedy was the listing agent, and Gonzalez helped with the finish work. Local realtor Jeff Seibert (not pictured) was the buyer's agent. 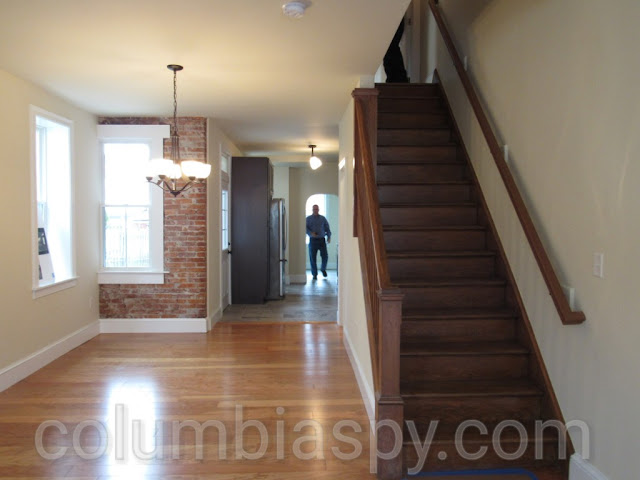 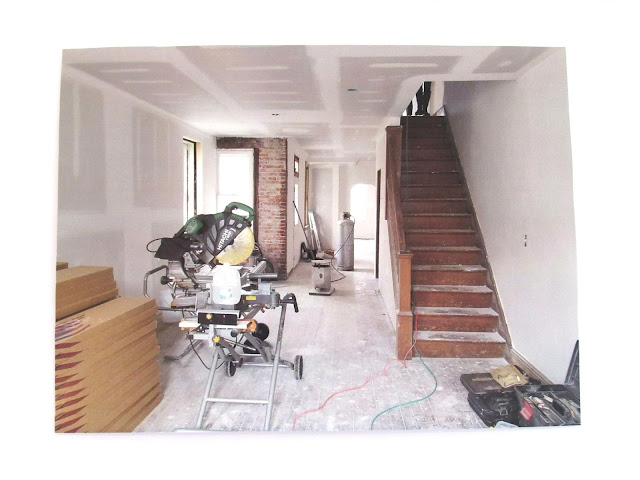 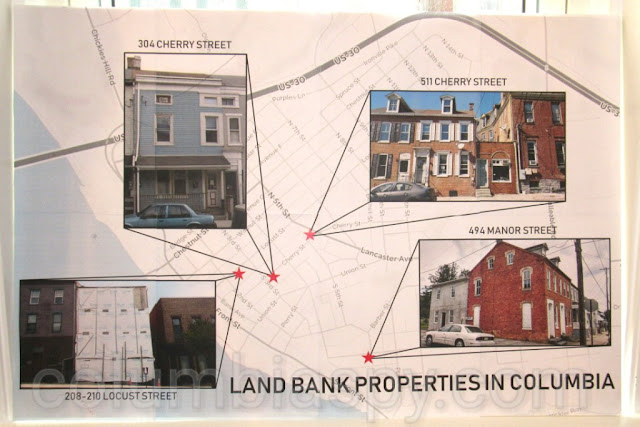 Other Land Bank properties in Columbia


Video of the ribbon-cutting

Great job,good for Columbia, Kelly could have been dressed properly to represent Columbia.

Sorry. Was instructed by organizer it was a casual dress event. My wife already scalded me and her opinion means more to me.

Any event on Blunston Street would be casual attire.