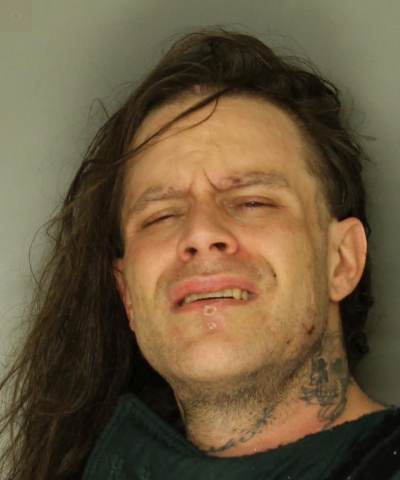 Dennis Earl Ishman, Jr.
On 04-10-18 at approx. 11:02AM the Columbia Borough Police were called to an address in the 900 blk. of Spruce St. for a motor vehicle theft. During the investigation, police learned that Dennis Earl Ishman Jr. (30), no known address, had punched the victim in the face, took the keys and drove off with the victim's vehicle. Charges were filed on Ishman for Robbery of a Motor Vehicle and a warrant was issued. On 04-24-18 Ishman was located hiding in a closet in a house in the 800 blk. of Locust St. Ishman was taken to Central Booking and committed to Lancaster County Prison on $25,000 cash bail.
Arrest Date:
Tuesday, April 10, 2018
Case Number:
11157-04-10-18

https://lancaster.crimewatchpa.com/columbiapd/10552/arrests/ishman-dennis-earl-jr-robbery-motor-vehicle
Posted by Joe Lintner at 8:03 AM

If guilty (which seams like a no brainer) lock him up and after he serves his time make a treatment plan for this man , so we don't see him again, and restitution to the people he hit and stole from . Community service cleaning up so many square blocks (checked by codes) of this town a weekly chore for the length of the provation and if not acceptable lengthen the provation time till the blocks are acceptable. Codes are all ready all over town shouldn't be a problem to mark a paper if acceptable or not and looking is there job.

This town doesn't need a police dog. Now be quiet!

Seems to be in some sort of discomfort

It doesn't mater if the mayor likes the officer who had the dog , it worked and now look at the drugs exploding out of this town , and why does the police chief moon lite as a security guard at Lancaster general hospital , what would happen if he was working security and the borough needed him when the town police station was closed????