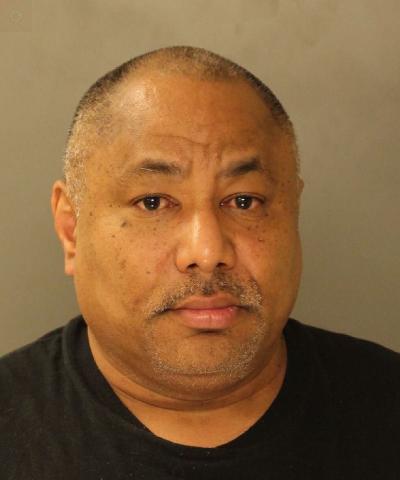 Anthony T. Key
Theft By Unlawful Taking / Attempted Theft By Unlawful Taking / Criminal Mischief Arrest, 4:49 p.m., Thursday, April 26, 2018, 1300 Lititz Pike - LA Fitness (MT) - Anthony T. Key, M/54, of Columbia PA, was charged with the above offenses following a lengthy investigation by detectives.  From July 2017 to March 2018, the Manheim Township Police Department received thirteen (13) reports of Theft or Attempted Theft at the LA Fitness located at 1300 Lititz Pike in Manheim Township.  During each of these instances, victims secured their property in a locked locker.  When they returned, they found the lockers forcibly opened and damaged.  Their property previously stored inside had been stolen.
The detective assigned to the case obtained copies of surveillance footage from the gym, during the dates and times of the thefts.  Numerous hours were spent reviewing footage in an attempt to locate any suspect/s that were consistently observed in the building during the time periods of the thefts.  Eventually Key was identified as the person who had committed the thefts.  A criminal complaint was filed against Key on the morning of Thursday, April 26, 2018, and an arrest warrant was obtained for the following charges:
1- Ten (10) counts of Theft by Unlawful Taking
2- Three (3) counts of Attempted Theft by Unlawful Taking
3- Thirteen (13) counts of Criminal Mischief
In the afternoon of Thursday, April 26, 2018, Key was arrested at the gym after an additional theft had been reported.  Key was later taken to Central Arraignment.  He faces additional charges for the theft incident from April 26, 2018.
MEDIA CONTACT: Sergeant Michael T. Piacentino, W: 717-569-6401 Ext: 1583, C: 717-340-2130, piacentm@police.co.lancaster.pa.us
Arrest Date:
Thursday, April 26, 2018
Case Number:
2018-MT-02131

https://lancaster.crimewatchpa.com/manheimtwppd/53783/arrests/key-anthony-t-10-counts-theft-unlawful-taking-and-2-additional-charges
Posted by Joe Lintner at 5:31 AM

COLUMBIA seams like every day someone from town makes bad news.

Most of them are not columbia people or addresses!!!

They are Columbia addresses you knucklehead

Over the years Columbia did infact anx sections into the borough.

This crime and arrest occurred in Manheim Township, Lancaster County. Since this incident did not happen in Columbia Borough, I’m puzzled as to why this is posted. I thought that any crime within Columbia Borough was reported on Columbia Spy.

As it stands, it cannot be determined that this person actually lives in Columbia Borough. He could be from West Hempfield, Donegal or even Manor Township all of which have Columbia mailing addresses.

With all due respect to Columbia Spy, this casts a negative light on Columbia and its citizens. The great majority of citizens in Columbia Borough are law abiding people who take pride in this community.

This man has multiple pages of offenses. Several of the docket sheets list his address as Columbia.

I would think that residents here would be interested in knowing that there's a "local" that might be up to "no good".

If he is living in or that close to this borough, that may be concerning to some residents.

Not educating oneself on their surroundings can lead to problems.

Perhaps you would rather place yourself in jeopardy rather than shed a bad light on Columbia.