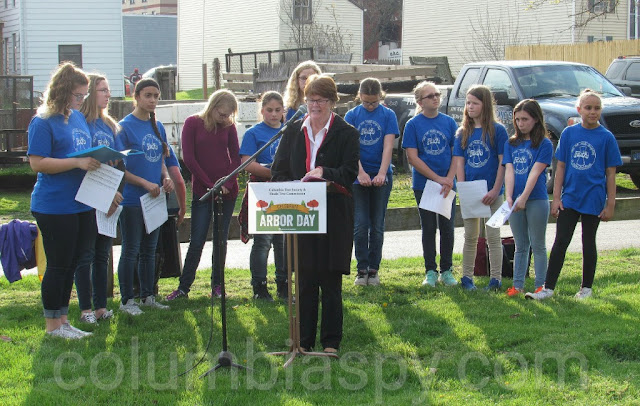 The 27th annual Arbor Day ceremony was held at Columbia's Makle Park on Friday, April 27. The event was sponsored by the Columbia Borough Shade Tree Commission and the Columbia Tree Society. Master of Ceremonies Pam Williams (above) opened the proceedings. 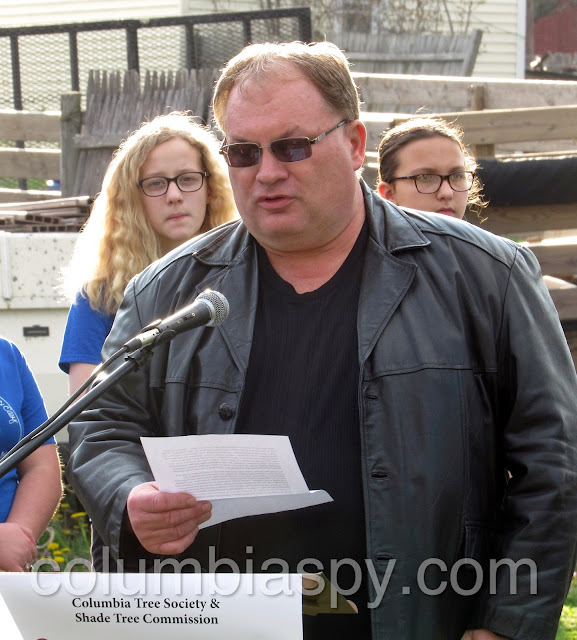 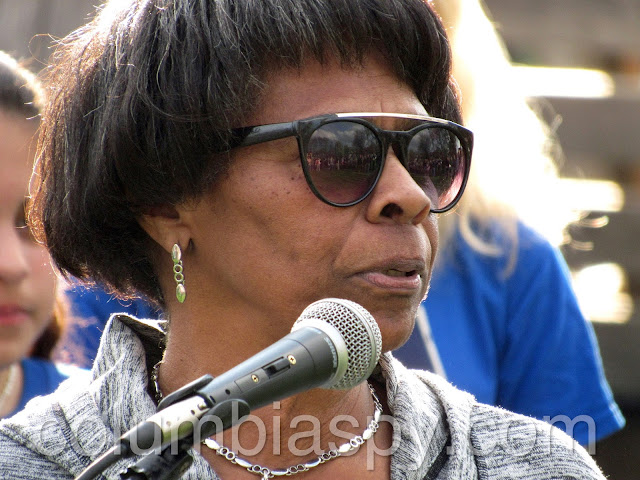 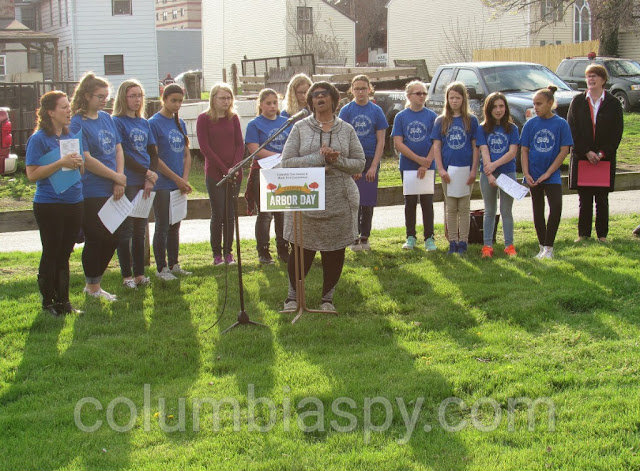 Our Lady of the Angels Catholic School Choir accompanied Duncan in a musical performance. 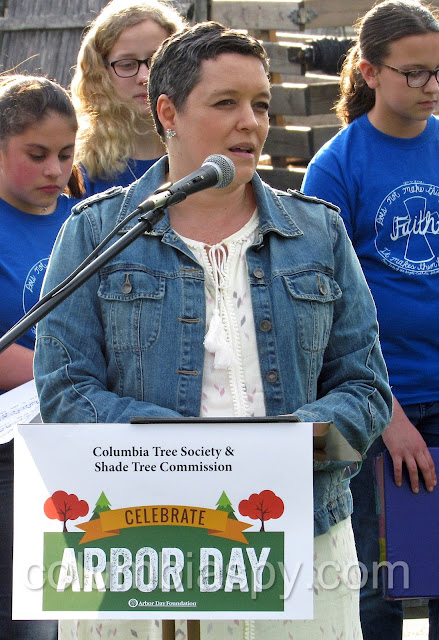 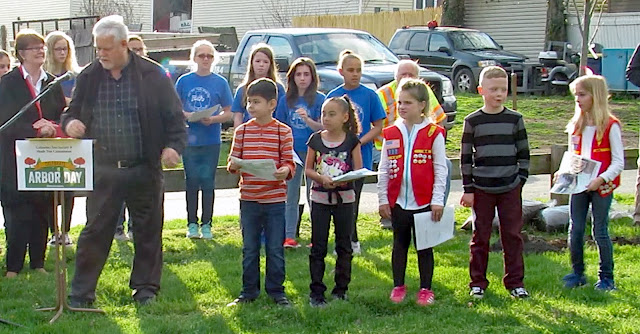 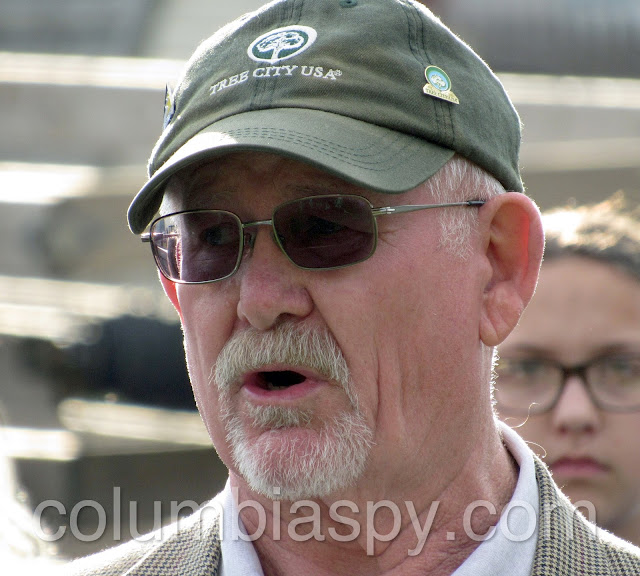 Mayor Leo Lutz spoke of the environmental value of trees. 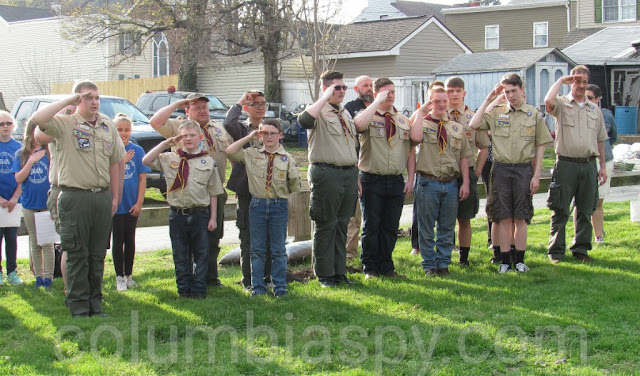 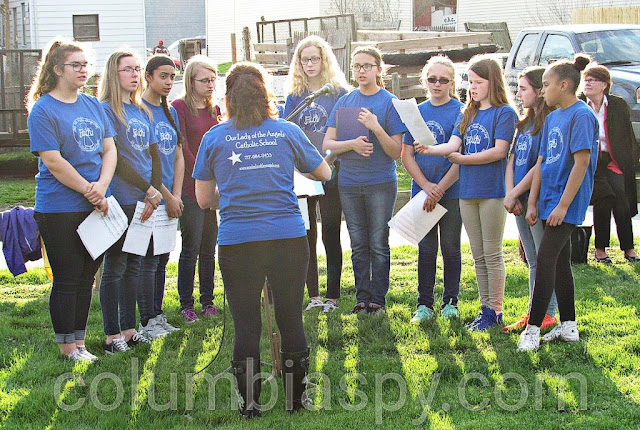 Our Lady of the Angels Catholic School Choir performed several songs during the ceremony . . . 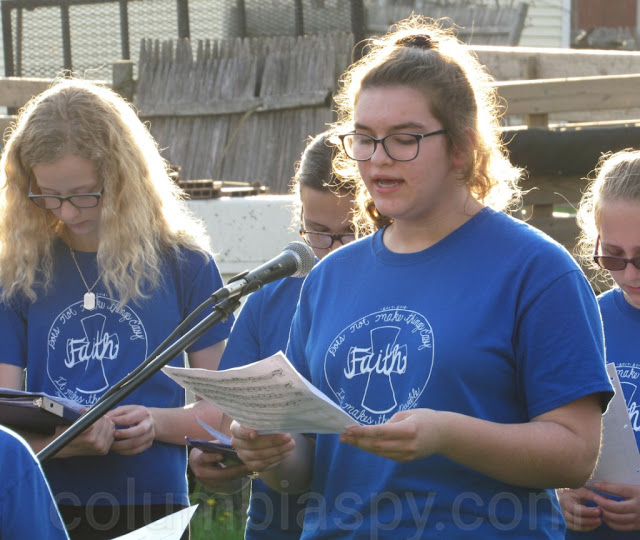 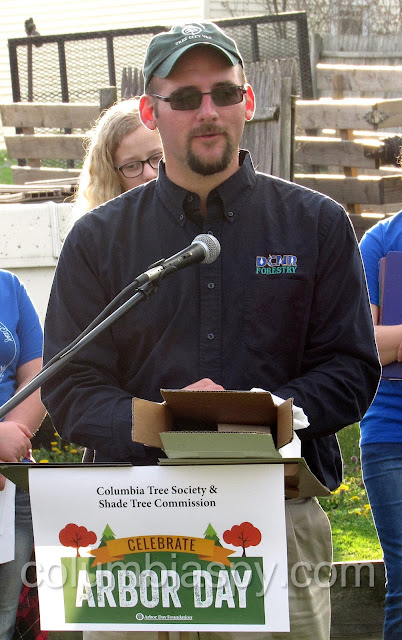 Rick Hartleib from the DCNR Bureau of Forestry spoke again this year and presented the Tree City USA Award. 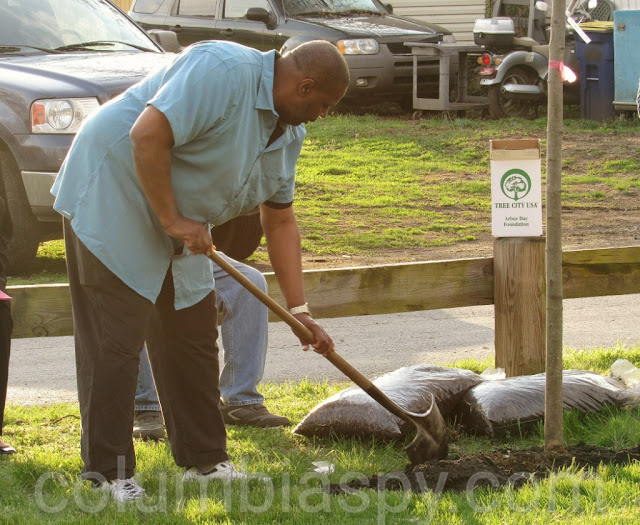 Sam Edmond planted a tree in memory of his father. 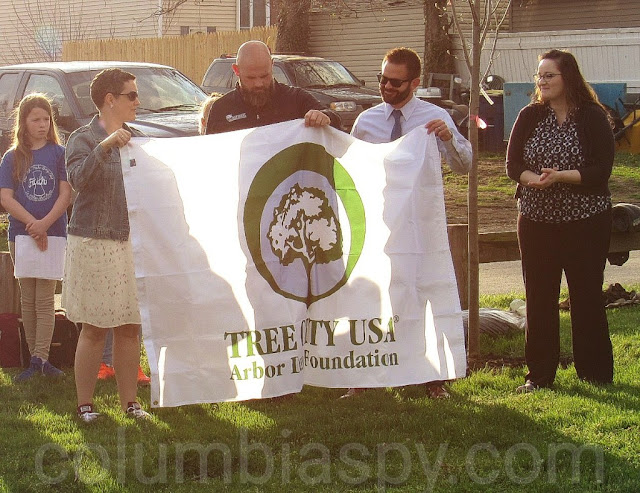 A flag was unveiled recognizing Columbia as a Tree City USA. 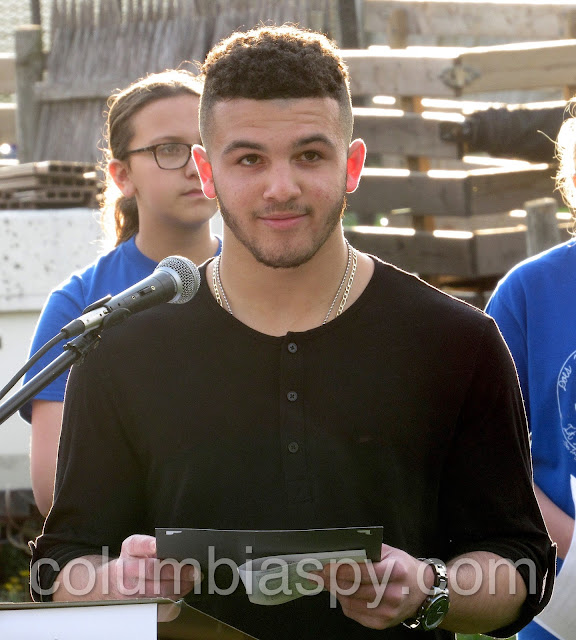 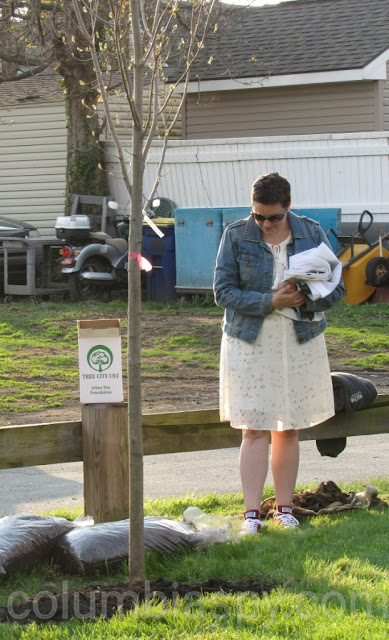 Great job but I hope that was a money tree.

good job hope they raised money for a new basket ball back board and camera.

Way to go OLA choir!!! Were there other kids there as well besides the boy scouts, kids that use the park?

No. I am not interested in supplying yet MORE equipment into a place that is known for destruction! No respect or pride in self and definitely no pride or respect for the property they come in contact with.

Good old metal back boards are plenty good for a park

Borough should make people who need community service clean it up weekly .Opps not the #1 cop idea but it would work.