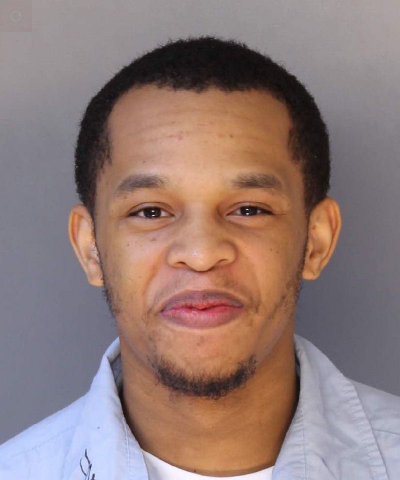 Randy Cornell Howard, who was apprehended by Columbia Borough and West Hempfield Police yesterday, is now in Lancaster County Prison. Bail was set at $250,000 (monetary), which he was unable to post. A preliminary hearing is scheduled for next Tuesday, March 20, at 9 a.m., at Magisterial District Judge Miles K. Bixler's office. He is charged with aggravated assault and criminal conspiracy in connection with the September 3, 2017 wolfpack attack on a Columbia man on the 600 block of Walnut Street. 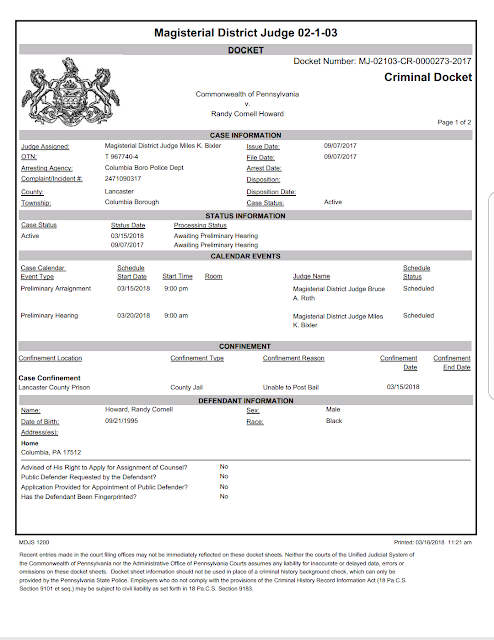 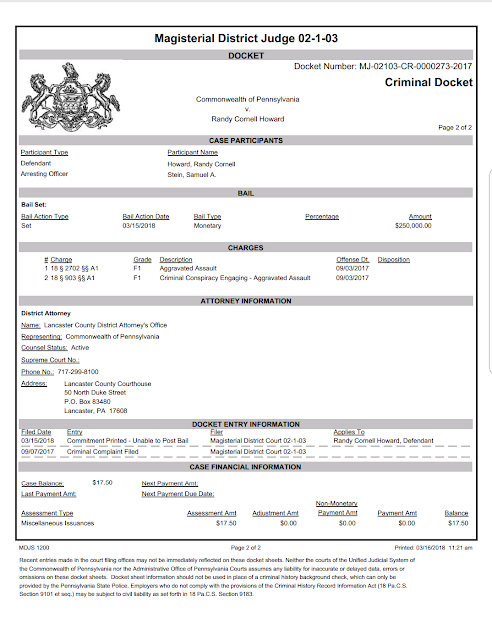 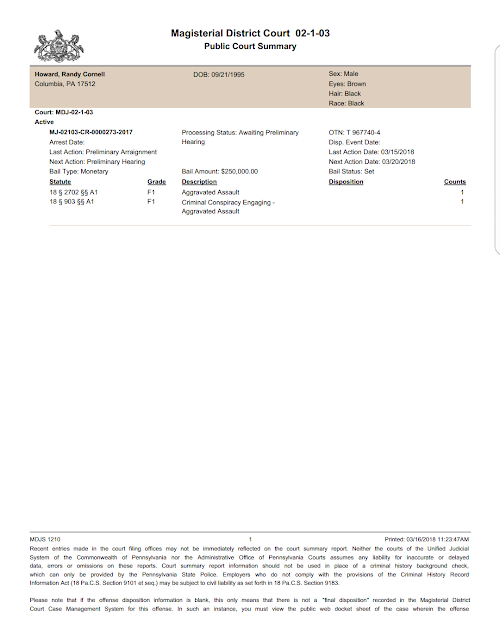 Why is there even $250k bail available? Wasn't this $#!+ stain on parole for an earlier armed robbery. He should be sent back upstate to finish that sentence out. But they probably don't want to pay to transport him back and forth, so I guess he'll sit in Lancaster until he's sent up for another 10-20 year bid. A fool and his freedom are soon parted.

I bet Randy was a fussy baby.....hahahahaha!

THEY SHOULD LET THE MAN AT HIM FOR 5 MINUETES WITH A BASEBALL BAT!

The SCUMBAG should be dealt a SEVERE BEATING whine in prison just to see how he like it, the LOUSY SCUMBAG.

He was convicted and given a prison sentence for a botched robbery attempt at Park City in 2014:

Was he apprehended fleeing the Shawnee Apts
On locust St? If so...GOOD CATCH OFFICERS!

I bet if this was a relative or friend people would think way differently...im just sayin people make mistakes n hopefully hell change.....god bless him his family n all others

His first (?) crime may have been his "mistake", but his most recent one suggests a pattern. Given the brutal nature of the attack, I say it was perpetrated by an arrogant and sociopathic repeat offender. No sympathy for his family who raised him to be this way and who hid his whereabouts from law enforcement for over 6 months.

Post your name and location tough guys and girls

I see you posted yours!!!

He was a tough guy too, you probably were too. Hey homie your such good friends with him why didnt you put up the bail

I would post his BAIL but he would have to promise that he would tie two CINDER BLOCKS around his neck and jump off the Columbia/Wrightsville Bridge.

Agreed!if you're such good pals with him chances are you should probably be sharing a cell with him. Get the rest of your friends and get the hell out of town