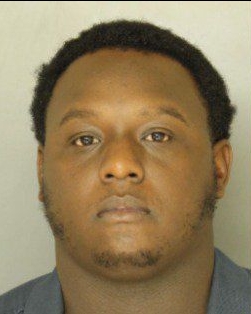 One of two men charged in a wolfpack-style attack of a 61-year-old man last year was found guilty of two charges related to the incident. Shakim N. McIlwain, 23, of Columbia was convicted of aggravated assault and criminal conspiracy in the September 3, 2017 attack and will face up to 10 years in prison as a result. Assistant District Attorney Andrew Gonzales prosecuted the case at the Lancaster County Courthouse today where the victim and his wife testified. During the proceedings, an enlarged photograph of the victim, showing the severity of his injuries after the incident, was shown to the jury. The victim now has permanent damage to his right eye.

McIlwain was remanded directly to Lancaster County Prison after being found guilty but unable to post the $250,000 bail (monetary). The original bond of $30,000 monetary, posted three days after his arrest, was terminated today. Interestingly, McIlwain had been able to post the original amount and was recently employed by Ace Hardware in Columbia. Sentencing will be in mid-May. Randy Howard, also charged in the incident, is still at large. 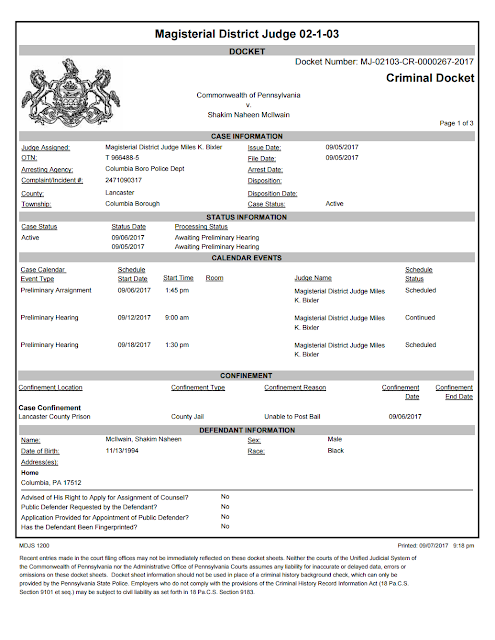 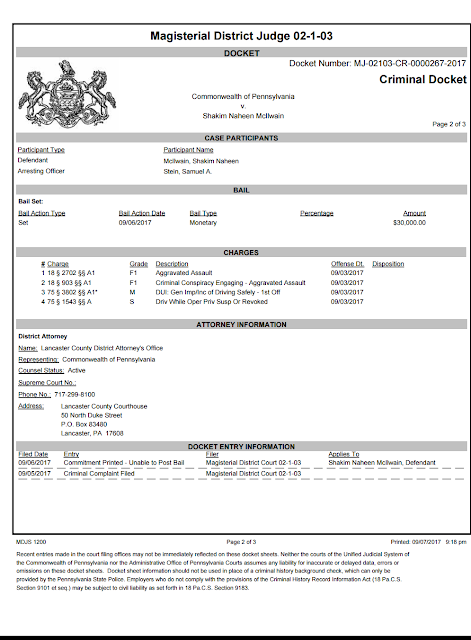 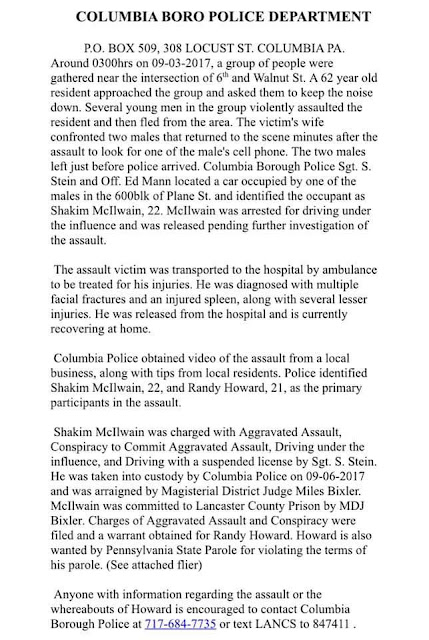 Great news. The wheels of justice may move slowly, but at least they moved in this case.

Someone in this town has to know where Randy Howard's is. Hopefully they will do the right thing and expose that criminal.

Hope he stays in for ten years, it's a sin the victim will suffer for life.

Asking for peace and quiet in your own neighborhood costs you an eye and nearly your life. What has Columbia come to?

We can arrest our way out,put the bad ones behind bars,fines,community service(picking up trash). BRING RESPECT BACK TO THE TOWN, start with the school and the hoodlems, it is better than just letting it go like we are now.

When a mayor states they can't arrest there way out of crimes, this is what the town will be left with.Hold people or students accountable , this isn't the wild west.

This comes from video games, but in real life you have to deal with it,you can't just turn it off.

You mean once you pull the trigger you can't stop the bullet.