Historic building, with connections to the Underground Railroad, had many occupants since 1804 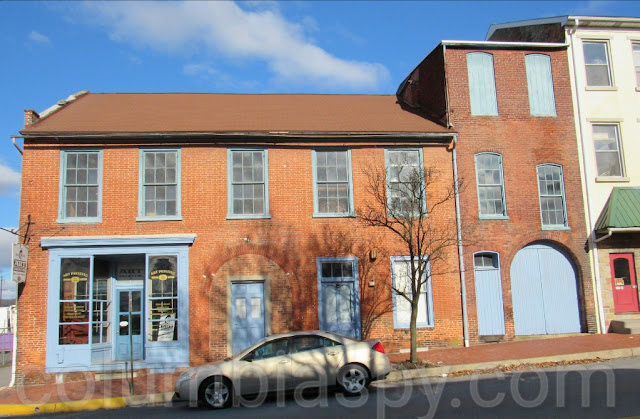 131 Locust Street as it appears today.

The building at 131 Locust Street, recently purchased by the Art Printing Company, has a history reaching back to 1804. It has undergone several transformations - first as a residence then as numerous businesses - under several owners. Chris Vera, president of the Columbia Historic Preservation Society, provided the following information on the building's history.

The House of Samuel Miller at what is now 131 Locust Street was bought by the Columbia Bank & Bridge Company for $12,000 in 1811 and was used by the bridge company as an office until 1872. William P. Beatty, treasurer of the company, occupied all rooms except the first floor to the right of the large central hallway and winding staircase. The house, located at the northeast corner of Locust Street and Bank Alley, was built in 1804, and before being altered for business purposes was a beautiful mansion of many rooms and large back building. All fireplaces and part of the stairway have been removed, and nothing of its former splendor remains. 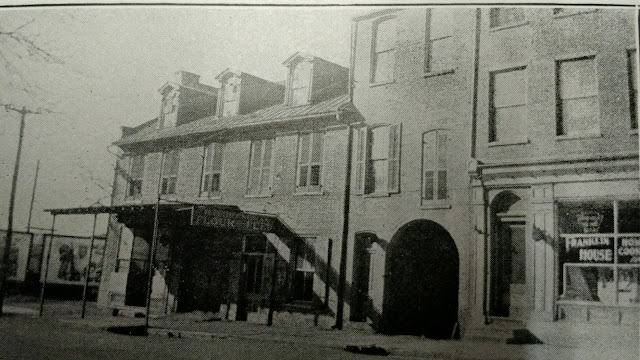 The building as it appeared in the 1800s.


The history of this building lies deep in secrecy of what is known as the Underground Railroad. Many historic figures such as Stephen Smith, Thaddeus Stevens, William Whipper and William Wright held meetings of business as directors of the Columbia Bank & Bridge Company. This company was vital for transportation over the Susquehanna River and was owned by a host of shareholders. The first bridge was started in 1811, and completed in 1814 where a toll was placed on all transportation modes such as cows, horses and wagons crossing the river.

After the Columbia Bank & Bridge Company moved out of the building, Brenneman’s Feed Mill built the carriage and mill building. Their business flourished in the late 1800s to early 1900s until the automobile was introduced and feed for  horses was no longer needed in Columbia.

In the 1920s, the Baker Toy Company took up residence, where many patented products were designed and manufactured over the following six decades. Subsequent to that, S & G Printing operated out of the building until 2017 when Art Printing, owned and operated by Chris Raudabaugh, moved there from Lancaster.