Who were the first settlers to Lancaster County? 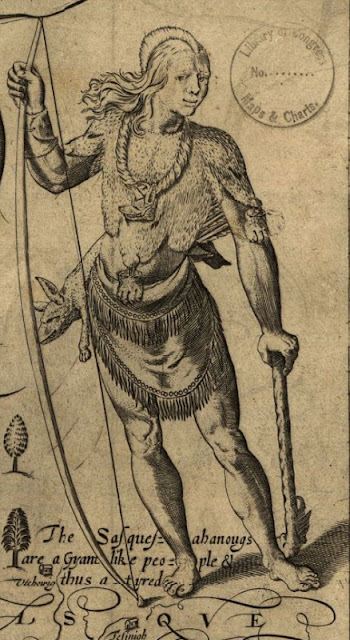 Depiction of a Susquehannock (1624). The handwritten caption reads (in modern English): "The Susquehannocks are a giant-like people and thus attired."

Susquehannock Native Americans lived along the Susquehanna River. They flourished in present-day Manor Township in the early 1600s, according to Ellis and Evans' book.
Their capital, Connadago, was located in present-day Columbia and home to around 3,000 people.
MORE: