Market House future in limbo, no interest from developers 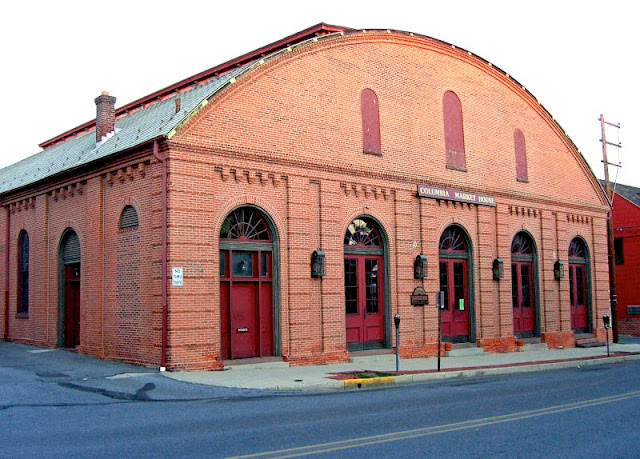 The borough's hopes for the future of the Market House were dashed today, at least temporarily. At a special meeting for the opening of bids, no bids were opened. Why? Because there weren't any. No bids were received. Rebecca Denlinger, assistant borough manager and community and economic development director, made the announcement at the ten-minute meeting, with a dozen or so people attending. The borough had hoped developers would submit expressions of interest and bids for leasing the property.

Denlinger said officials will be asking "six interested parties" why they decided not to submit bids. She said two bids had been expected to be submitted by the deadline. Denlinger explained that the borough has the option of restarting the process of soliciting bids.

Resident Frank Doutrich asked if the borough would move forward on improvements or renovations to the Market House without any lease agreement. Denlinger said it would not. Officials had previously discussed making upgrades to the building, depending on its future use. Renovations up to $1 million were contemplated for upgrades to lighting, flooring and bathrooms.

Wow! Why is Ms. Denlinger going after the ones she thought would invest in this market house? Do not risk the taxpayers time on rehashing possible interests and invest in this historic gem.

Call me, I'll make it a market again! Just Thursday's!

I agree make the offices you need in there and you won't have to move.

Advertise it for lease with a fixed number. Forget the RFP crap.

why are we paying Rebecca so much to bring in ideas from other towns?????

I agree Rebecca gets paid from the borough and doesn't live here our taxes pay her.

the borough is getting into the reality of these buildings ,what are they doing with hotel locust? 4th and locust lot? a lot on 100 block of walnut? are they going to give them to a developer for a $1 like the lose on 208 210 locust? come on it is easy to spend other peoples money. it seams like they have to much money 40000 for a fence???? its tax money give the tax payers a break...

no pain no gain

Rebecca Denlinger is doing such a bang up job with economic development, she gets promoted to borough manager at the end of the year. Why!