Councillors and borough officers sworn in at Tuesday's re-organizational meeting 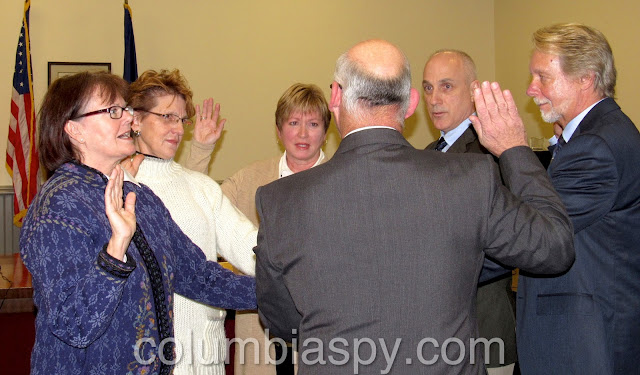 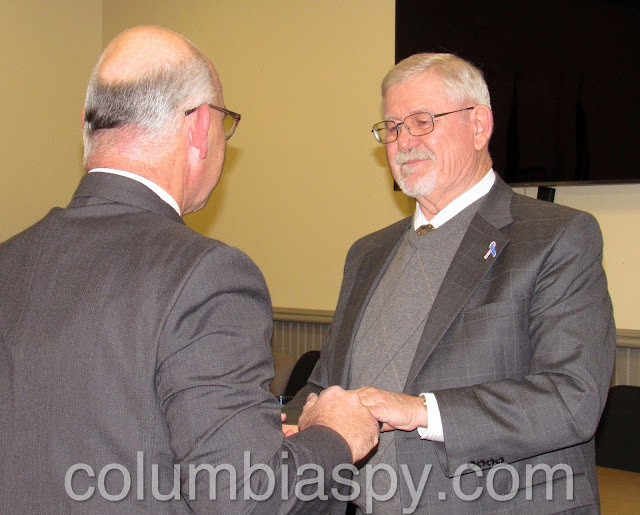 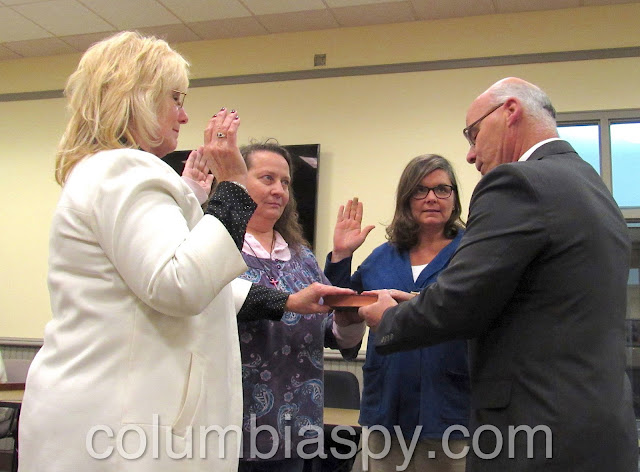 Mayor Leo Lutz presided over the election of the following officers:

Re-appointments for 2018 were as follows: 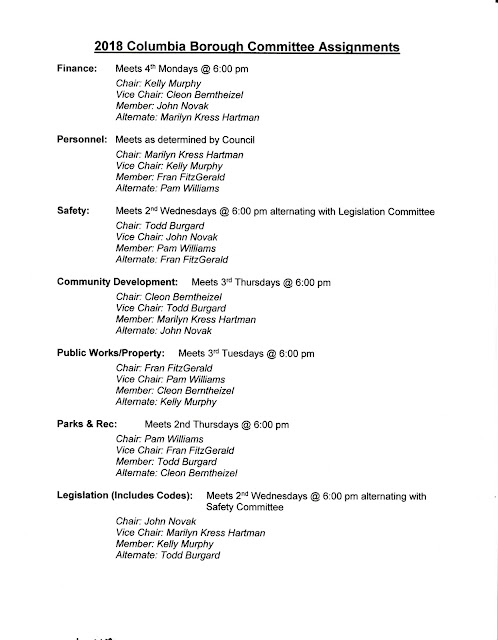 Summing up, Robert Pfannebecker said of Columbia, "It's democracy in action. Everybody complains how messy democracy is, but Columbia's one of the few places in this county where it still exists in spades."

not much of a change in our boro. People who work for the boro too should live in Colubia and pay taxes.