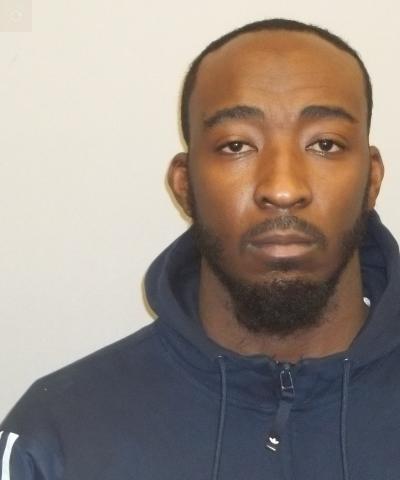 Nehemiah Ishmael Kemp, age 28, of the 600 block of South 12th Street, Columbia, PA was charged with 2 Firearms violations and Possession with Intent to Deliver Heroin by Officer Colleen Tatara after she conducted a traffic stop in the area of Franklin Road and Seitz Road on Wednesday, January 10, 2018 at 2315 hours.

Officer Tatara was on patrol when she observed 2 vehicles being operated in a careless manner. Officer Tatara was able to stop both of the vehicles and Nehemiah Kemp was the operator of one of the vehicles. The other vehicle was operated by his brother, Elijah H. Kemp, age 21, of the 5600 block of Arch Street, Philadelphia, PA who was also arrested for Possession with Intent to Deliver Marijuana, Possession of Drug Paraphernalia, and Driving While Operating Privilege is Suspended or Revoked. Nehemiah was found to be in possession of a loaded 45 caliber handgun which had it's serial number altered by scratching it off and covering it with a permanent marker. He also had in his possession Marijuana and Heroin that were packaged for sale. Nehemiah had a 13 year old passenger in his vehicle who was released to a family member. Both subjects were committed to Lancaster County Prison after failing to post bail.

Charges:
Persons Not to Possess
use
Manufacture
control
Sell or Transfer Firearms
Possession of Firearm with Altered Manufacturer's Number
and Possession with Intent to Deliver Heroin
Source:

Manor Township Police Department
Posted by Joe Lintner at 4:22 AM

Of course it was good work, took no investigation whatsoever lmao

I guess they feel comfortable here!